The doctor who fights cancer

Dr. Galani is Professor of Oncology and Director of the Department of Molecular Medicine and Head of the Gene Therapy and Iotherapy Therapy Program at the Mayo Clinic Cancer Center, and Adviser to the Food and Drug Administration of the United States (FDA) on therapeutic innovations.

Mrs. Galani was born and raised in Karditsa. But it all started when she was little, growing up in her father’s cinema and watching movies of the time. “My sisters and I were privileged: instead of watching TV at home, we had our own cinema. Among the films that shocked me was Coppola’s “Apocalypse Now”; I still have in my ears the music from Wagner’s “Valkyries”. And because “Asteria”, as it was called, was the only cinema in our city, all the great troupes that toured after the Metapolitism gave performances there. The place also hosted lectures. “I remember the great pedagogue and philosopher Evangelos Papanoutsos: and his speech, which had stuck me, and how close he was,” she said in an interview. 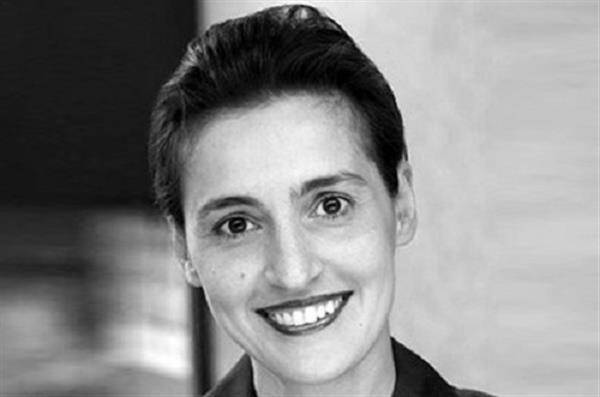 One summer, shortly before the end of high school, in Kastania, Agrafa, where she was on vacation with her family, a car accident took place and many people were injured. There he realized how important it is to be able to intervene, caring for his fellow human beings – especially if it proves to be a savior for their lives. Until then, she was thinking of pursuing classical studies, but she realized that what ultimately interested her was not the academic study of classical writers, but how she would be closer to man as a doctor. Thus he studied Medicine at the Medical School of Athens and specialized in hematology-oncology in the United States.

The Road to America and Yale

My classmates and I, in order to gain in-depth knowledge, it made sense to turn abroad as well: in foreign language literature, in publications of foreign magazines, in technological developments. So in my fourth year, my professor of Surgery Vassilis Golematis, who has trained and inspired many Greek scientists, arranged for me some summer courses at Yale University. There I was evaluated in the top 1% of their excellent students and that opened several doors for me. The rest of the summers, the same.

It was the time when the analysis of the human genome “dawned” in the United States. “I felt that this approach would allow us to be more effective in treating diseases that until then we could not deal with successfully, partly because we did not understand them, I chose to specialize in Oncology,” she said in an interview.

But her success and research did not stop there, the first drug for viral therapy has already been approved in the US and Europe. But to get to this point Ms. Galanis through the Mayo Clinic in Minnesota, USA – where it has become one of the largest research centers in the world for cancer therapy – has devoted more than 20 years to the fight against cancer using viruses.

Cancer anti-cancer therapy is a treatment method that is mainly in experimental stages, while as mentioned in an interview by Ms. Galani, the first clinical product has recently been approved in the USA and Europe for the treatment of melanoma.

From research to treatment

As she has stated in an earlier interview with “Kathimerini”, the basic principle of Ms. Galani’s research is based on the basic function of viruses. “When a virus infects a cell, it uses the cellular mechanisms to reproduce and eventually usually kills the cell. In the same way, modified viruses can effectively kill cancer cells. “

Although the idea of ​​using viruses against cancer is not new, but has been around since the 1950s, Ms. Galani stressed in the same interview that the big difference between “then” and “now” is the potential of science. to genetically modify viruses so that they specifically target cancer cells, affecting little or no healthy tissue. That’s why he noted that “in clinical trials of viral therapy around the world, thousands of cancer patients have been diagnosed with viruses without developing the diseases that would cause the aggressive strains of these viruses. “Patients may have some side effects, such as fever or muscle aches, shortly after the virus is administered. However, the tolerability of this treatment is better and the side effects are much less than with any type of chemotherapy.” 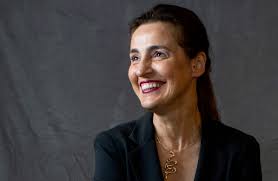 She also stressed that another important “property” of this method is that based on what has been observed in clinical trials, the use of viruses “awakens” the immune system, making it re-recognize cancer cells as foreign. “In this way the body itself undertakes to fight cancer on its own. “But how the virus manages to provoke such a reaction is something we are now investigating in the laboratory and in our clinical research,” he noted.

Dr. Evanthia Galani has not really left Greece, she has chosen to offer her services by dividing her time between Athens and Massachusetts. Twenty-eight years after graduating from the Medical School of Athens, I still feel the same excitement every day: I experience the joy of discovery, which has to do with the central role of research in my field of work, and on the other hand with the incredible privilege that every doctor has, to take care of human beings and possibly change their lives, she said in an interview. The research and the offer never stop for her.