A pioneer in the development of innovative thermoelectric materials

He worked as Professor of Chemistry in the University of Michigan and since 2006, he has been Professor of Northwestern University of Illinois. Moreover, he is top researcher in the Department of Material Science of the US Argonne National Laboratory. Kanantzidis has received numerous distinctions and is a member of the American Chemistry Council and other scientific foundations.

In 2012, as head of a group of American scientists, Kanantzidis discovered a new material, breaking all past records in transforming waste heat. According to scientists, the pioneering material renders the highest possible efficiency in absorbing heat from a source and converting it to electrical energy.

Under the lead of Mercouri Kanantzidis, the scientific team developed a material, an enhanced derivative of the well-known lead-telluride semiconductor, first used by the Apollo spaceship crew as a renewable source of thermoelectrical energy.

According to Dr Kanantzidis, his recent discovery offers a realistic perspective of environment-friendly waste heat recovery and conversion of energy, as the lead-telluride bonding is an environmentally stable mineral found in nature under the name altaita.

The study and results of the new material research were published on the international journal of science Nature. 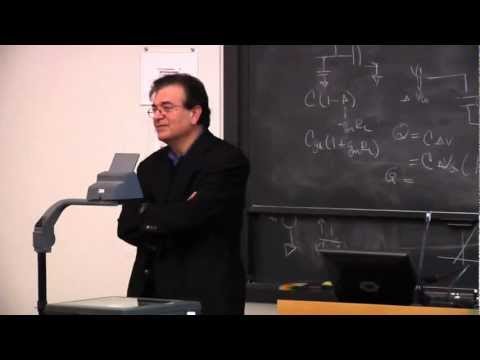