He has developed expertise in all fields of genomics

Ioannis Ragoussis is Head of Genome Sciences, Associate Professor in Human Genetics McGill University and Genome Quebec Innovation Centre and Head of Genomic Research at Wellcome Trust Centre for Human Genetics, University of Oxford. His main interest is on developing NGS based approaches to disease gene identification, as well as functional genomics approaches for the identification of prognostic markers and associated pathways in breast cancer.

In 1992 he became Lecturer in Molecular Genetics at the Division of Medical Molecular Genetics of the United Medical and Dental Schools of Guy’s and St. Thomas London. His work has covered the physical mapping and gene identification in the human Major Histocompatibility Complex.

In 2001, he joined the Wellcome Trust Center for Human Genetics as Head of Genomics and Genome Research, where he established a Next Generation Sequencing facility. His group worked mainly on the development of technologies for DNA and RNA sequencing.

In 2010 he became Researcher A’ at the Biomedical Sciences research Centre A. Fleming in Greece. He is also affiliated Professor and the King Abdulaziz University.

In 2013 he took a position as Head of Genome Sciences at the McGill University and Genome Quebec innovation Centre in Montreal, Canada where he is also Associated Professor in Human Genetics and Member of the Bioengineering Department.

He has developed expertise in all fields of genomics and functional genomics. His work has played a major role in advancing the field of microRNA and his findings have been published in high-profile journals such as Nature, PLoS Genetics and Human Genetics. 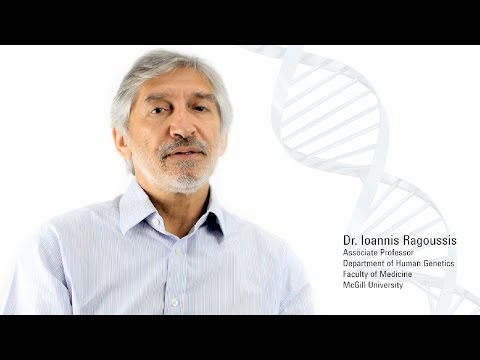