One of the most cited scientists in Latin America

Constantino Tsallis is a naturalized Brazilian physicist working in Rio de Janeiro at CBPF, Brazil and introduced the notion of what is known as Tsallis entropy and Tsallis statistics in his 1988 paper “Possible generalization of Boltzmann–Gibbs statistics” published in the Journal of Statistical Physics.

Tsallis was born on the 5th of November 1943 in Athens, Greece but grew up in Argentina. He studied two and a half years engineering, but then moved to physics. He concluded a “doctorat d’etat es sciences physiques” at the University of Paris-Orsay in 1974. At the same time he was teaching physics at the university.

In 1975, Tsallis moves to Brazil with his wife and daughter. From early times he was fascinated by statistical mechanics and thermodynamics, its ubiquitous and wide fields of applications, its remarkably practical aspects, but, overall, its mathematical and conceptual beauty and subtleties.

He works at the CBPF (Brazilian Center for Physics Research) and in 1979 he becomes Head of the Theoretical Physics department until 1980 and from 1981 to 1983 at the Physics of Condensed Matter department.

In 1985, he was participating in a French-Mexican-Brazilian workshop in Mexico City and during a coffee-break he had the idea of generalizing the Boltzmann-Gibbs entropy by using probabilities. In 1988, Tsallis publishes “Possible generalization of Boltzmann–Gibbs statistics” in the Journal of Statistical Physics.

This generalization is presently being actively studied around the world. A bibliography containing more than 3,000 directly related articles, by over 5,000 scientists from all over the world and Tsallis´ contributions have received over 10,000 ISI citations (over 2,300 of them for his 1988 paper), which currently makes him one among the most cited scientists of all times in Latin America.

Tsallis is member of the Academy of Sciences of Brazil, as well as of the Academy of Economical, Political and Social Sciences of Brazil. He is main editor of Physica A – Elsevier (Amsterdam), and has supervised close to 40 Doctor and Master Thesis. He has given regular undergraduate and graduate courses in Physics in Brazil, Argentina, USA, France and Germany and has given over 800 invited lectures around the world.

In 2005 and 2006, US Air Force Research Laboratory supported his research at the Santa Fe Institute, New Mexico, where he co-authored several papers with Murray Gell-Mann and James Doyne Farmer.

During all these years, Tsallis has written dozens of publications and has attended hundreds International Meetings. 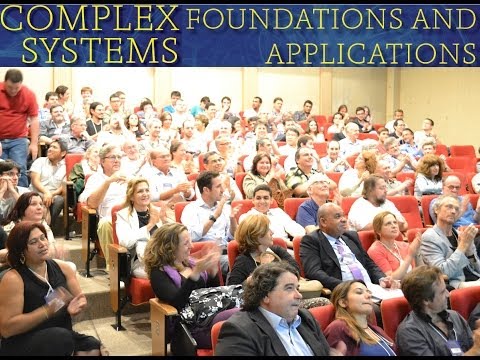