The Lady of the Argosaronic Gulf

Aristocratic, charming and cosmopolitan, Hydra, the Lady of the Argosaronic Gulf, offers an enchanting trip to the past with its unchangeable beauty over the years and the ultimate power of simplicity, the art of austerity and the bright colors of summer which make it one of the most famous Greek destinations.

Its insurmountable charm, artistic inspiration for great personalities, history and long naval tradition generously give an invaluable sense of freedom to the traveler, while donkeys, horses and water taxis are the only means of transport on the island, as the wheeled vehicles are forbidden, giving the impression that the clock of time is turned many years back. 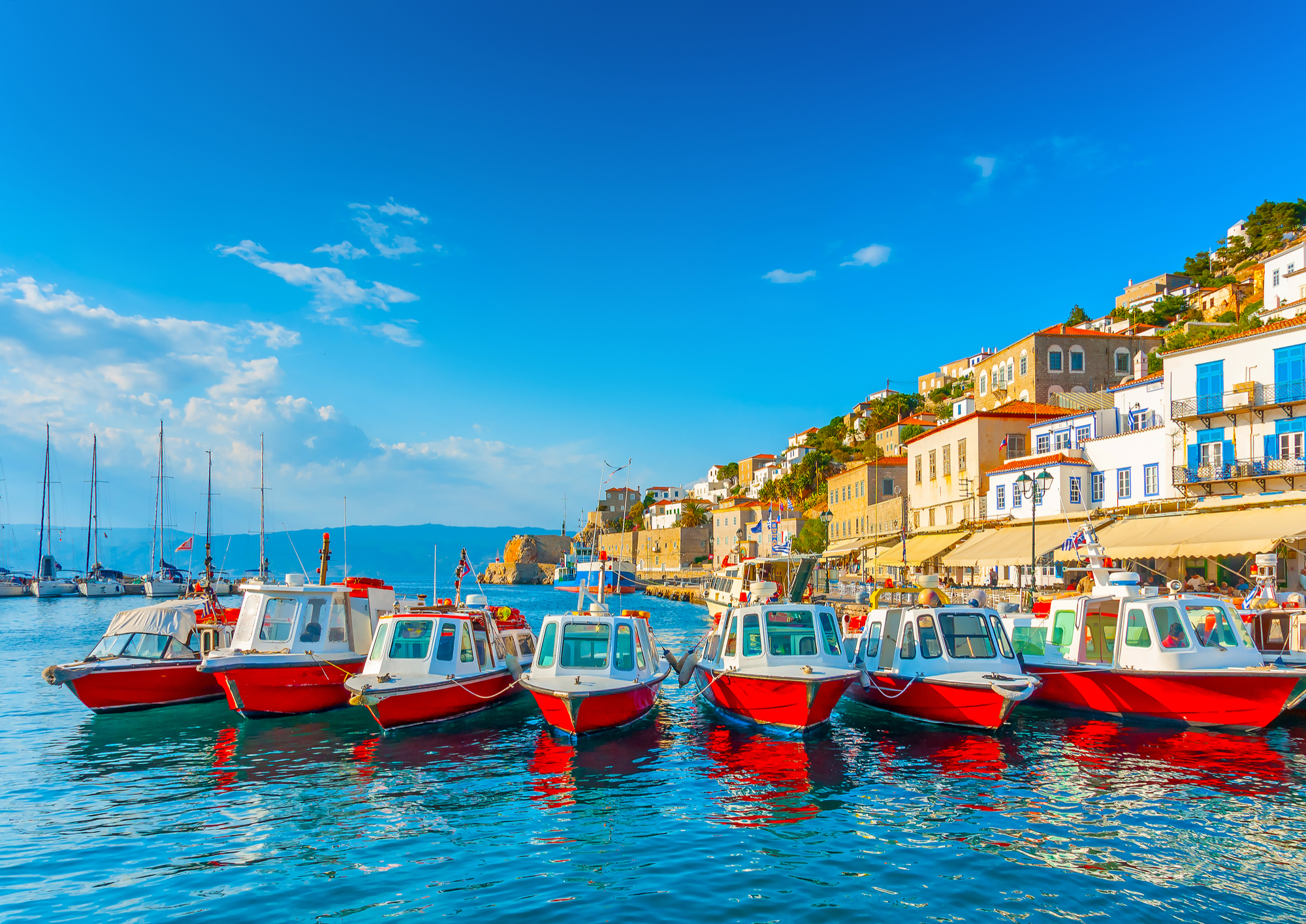 The island began to develop naval and commercial activity from the 17th century, while in the late 18th century, with the beginning of the 19th century, secured a self-government system, resulting in a wealthy and a strong fleet. The contribution of the fleet to the 1821 Struggle was extremely important since it helped the Greek forces prevail in the Aegean.

The city, a true model of aesthetics and one of the most beautiful of the island spread over two rocky hills and busts of traditional houses with tiled roofs, dark blue doors and windows, has been declared preserved. The beautiful cobbled streets, the flowery with bougainvillea houses, the well-preserved stone mansions, built amphitheatrically below the bare rocks, along with boats, sailing boats, large yachts and shops of particular aesthetics, create the image of the port of Hydra.

At the entrance of the harbor, on both sides, the bastions with the cannons stand, which protected Hydra, and to the west of the statue of Miaoulis, along the waterfront, the gunpowder-storage room is located – which is housed in the old, stone-built barrack store. In the center of the harbor is the Hydra Cathedral built in 1648 and reconstructed in 1774. 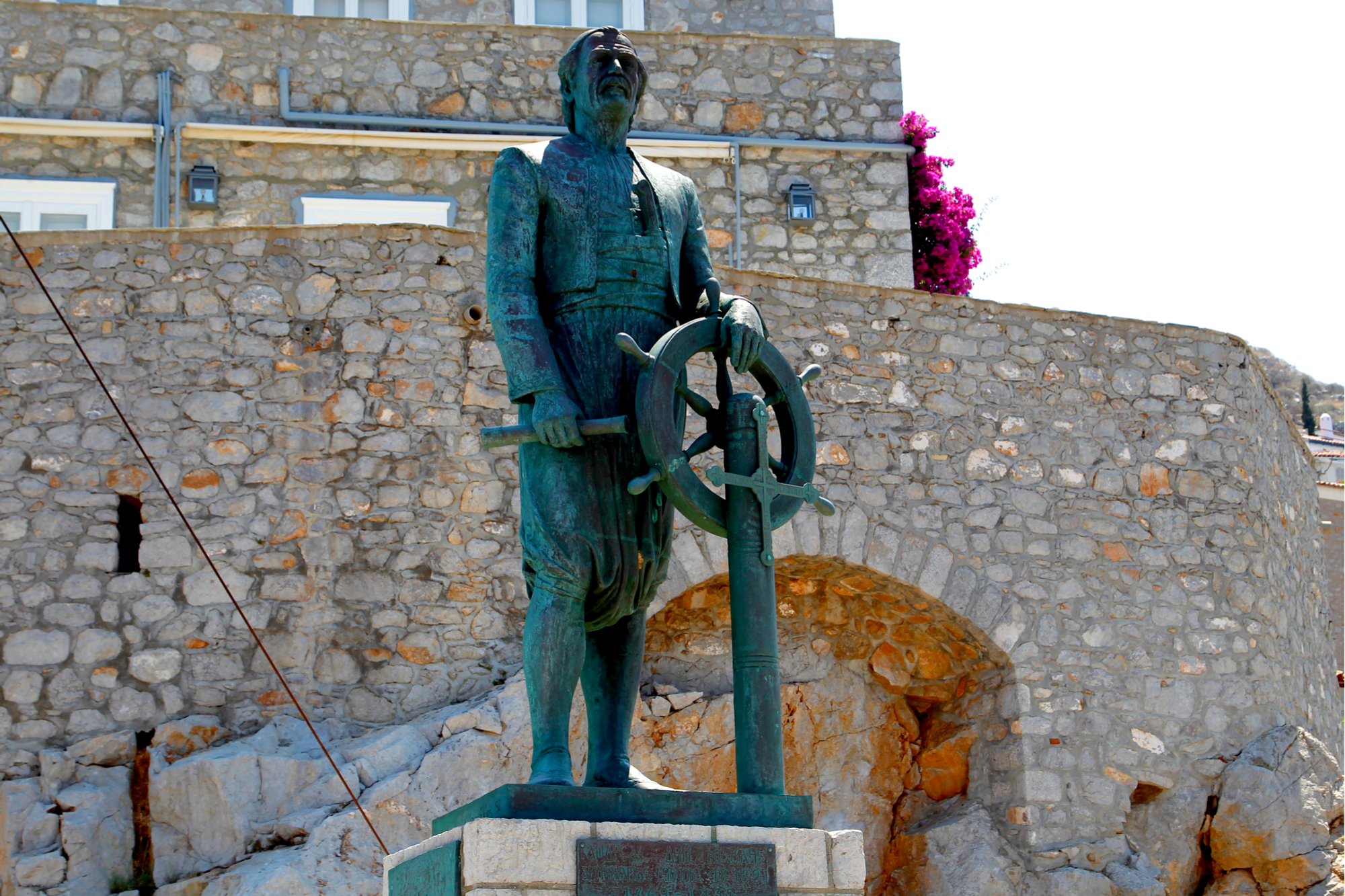 For the history lovers, there is the Historical Archives – Museum of Hydra that operates daily and displays important museum relics, archival material and a library with precious publications. The museum area includes a magnificent historical gallery of works by great Greek and foreign painters with depictions of the ships of the Struggle, while on the walls of the staircase leading to the floor are portraits of Hydra fighters, crafted by well-known painters such as Panagiotis Tetsis and Dimosthenis Kokkinidis.

On the west side of the city, is the four-storey Mansion of Tombazis, which was built by Manolis Tombazis with his wife Xanthi Sahini and since 1936 belongs to the School of Fine Arts as an annex. At the same time, behind the Mansion, on the hill with the fortification and among the pine trees with the amazing view, stands the mansion built by George Kountouriotis, one of the largest shipowners of Hydra. 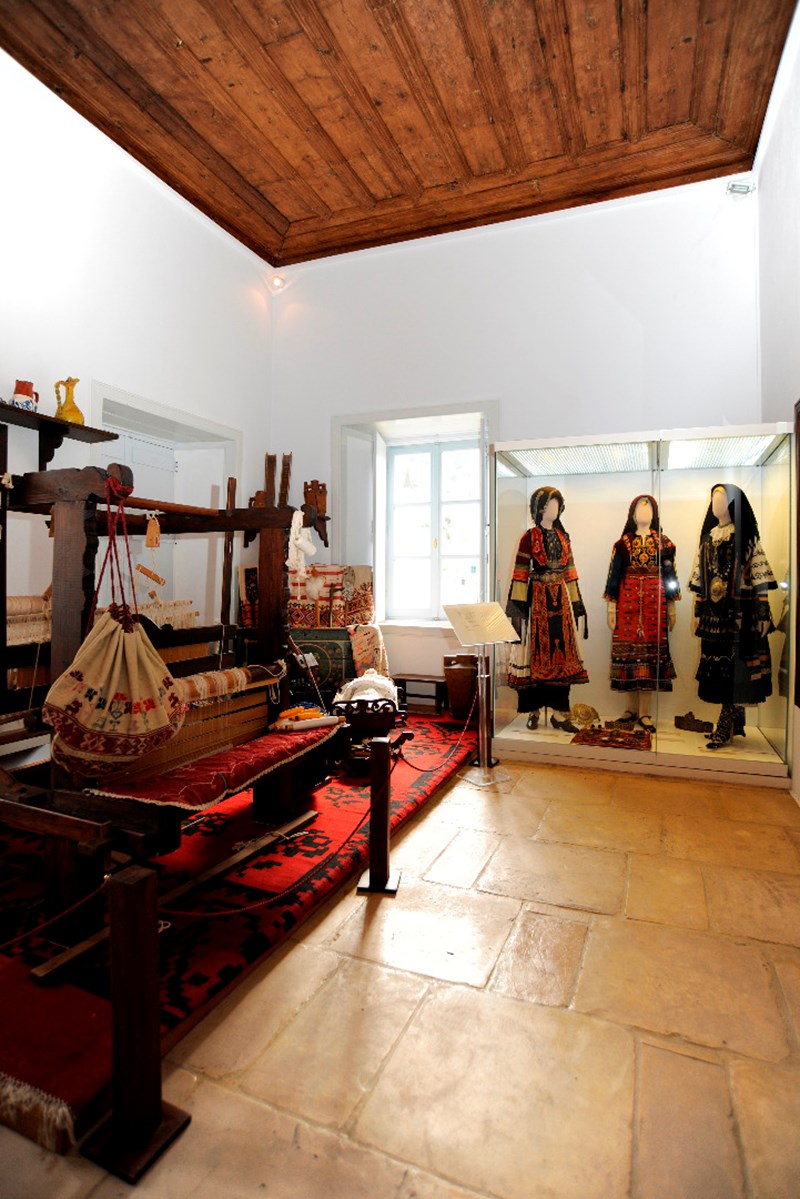 The impressive historic residence of Lazaros Kountouriotis, dominated by the National Historical Museum, overlooks the waterfront. Built in the shape of a “π”, painted with natural ochre it is the home of a prominent and great shipowner of Hydra, who played an important political role in the Struggle and during the period of Independence. The residence is a typical example of the traditional Hydra architecture and attracts the eye from anywhere on the island. In the mansion of this important political figure of modern Greece, important consultations took place on the issues of the Revolution of 1821 and there were hospitalized important personalities of the time, both Greeks and foreigners. 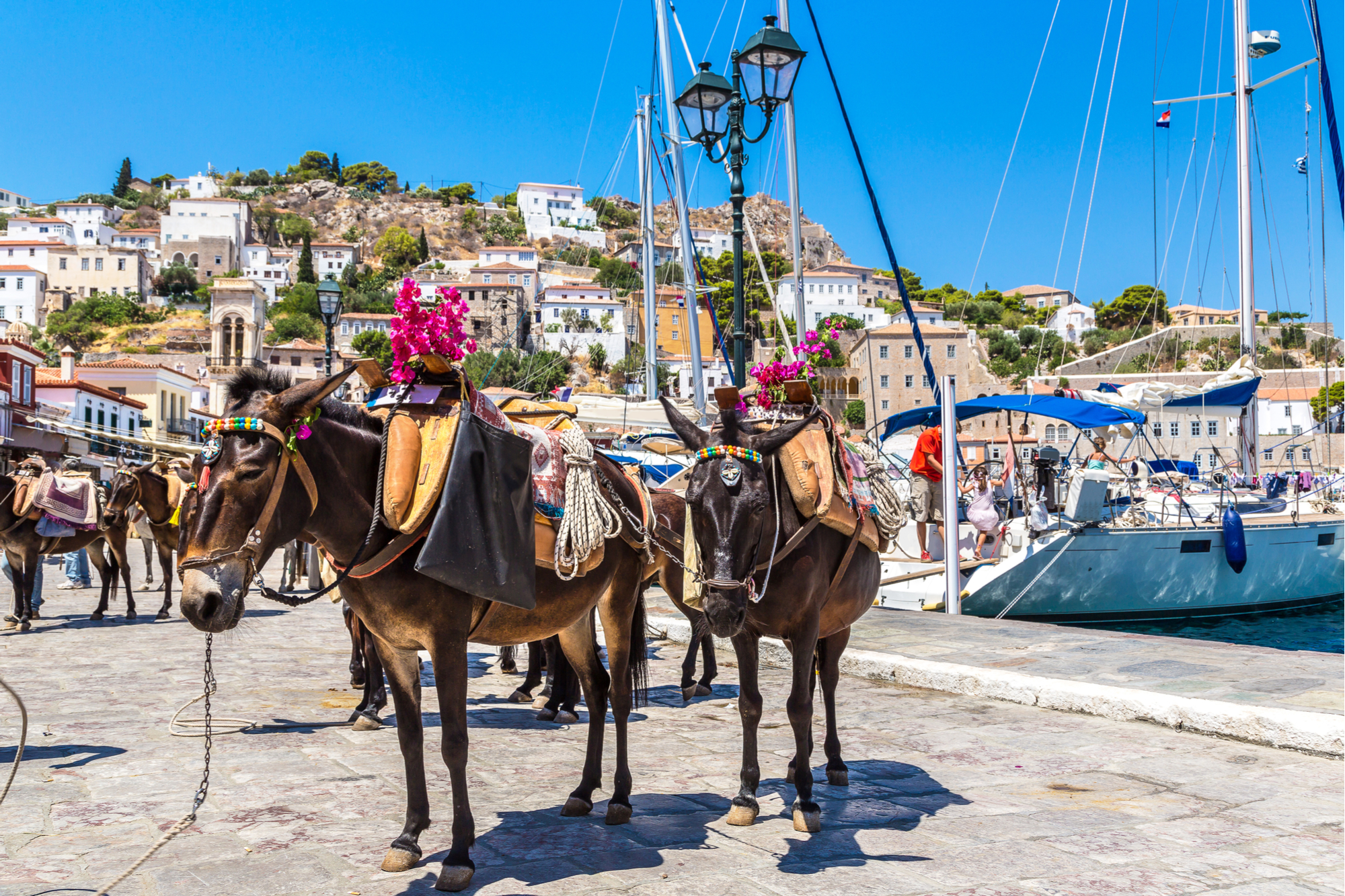 A few meters away, one of the artistic residences of the island belongs to the great painter Panagiotis Tetsis. In 2007, the well-known artist donated the home of his ancestors to the Historical and Ethnological Society of Greece, in order to create a museum after his death, which would house his atelier and his works. In Hydra, Tetsis lived his childhood and it was there that his relationship with the world of painting started.

Nearby the painter’s home, there is also one of the legendary singer and poet, Leonard Cohen. He bought the house in Hydra in 1960, an initiative that, as he had said, proved to be the smartest of his life, as the island gave him self-confidence, calmness and inspiration. On the island there is the “Red House” in the small port of Kaminia, an important site of the island, built in 1786, inhabited by Admiral Miaoulis and today hosts exhibitions. 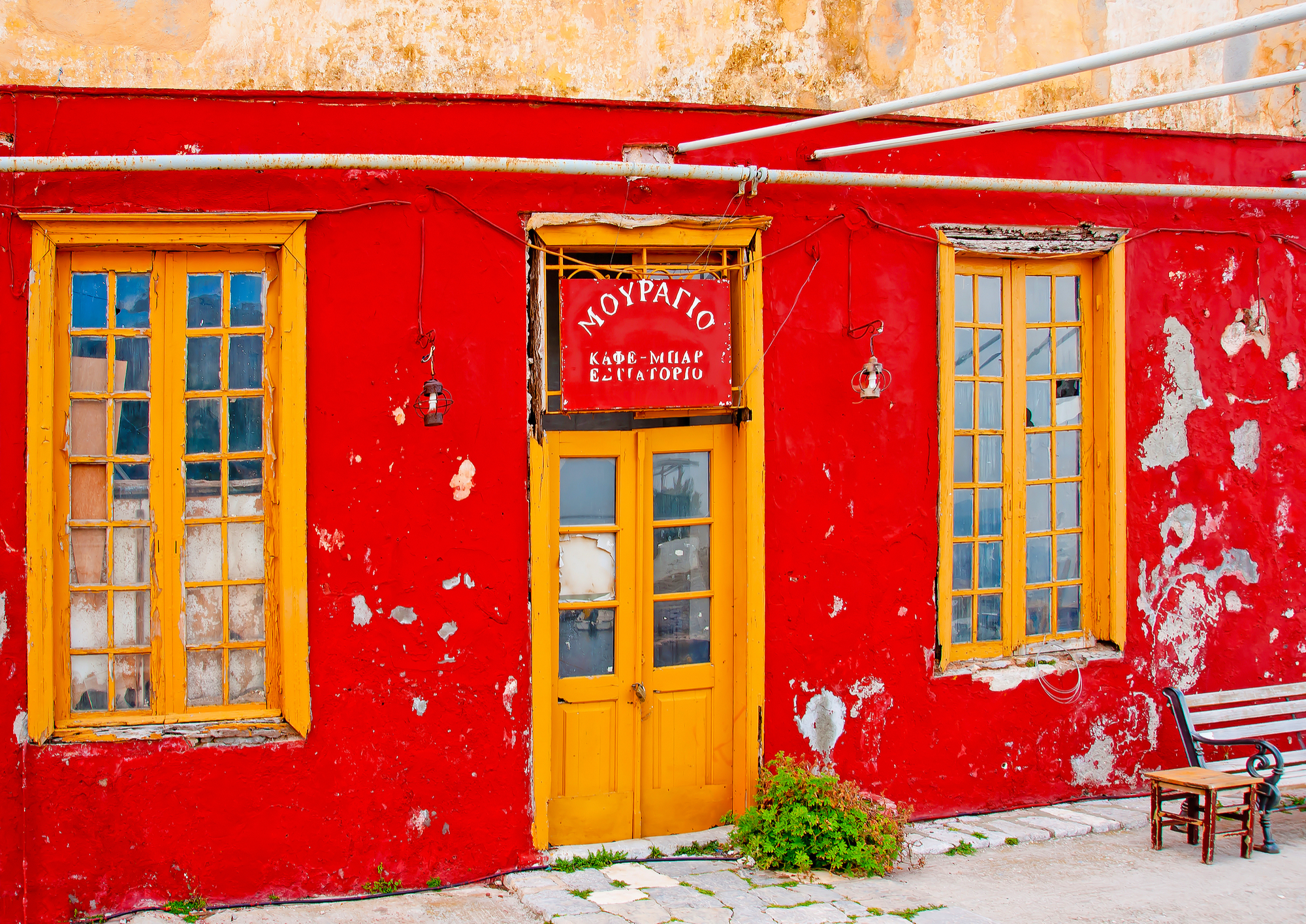 In addition to the rebels Miaoulis and Kountourioti, Onassis, Callas, Rex Harrison, Peter Ustinov, Eric Clapton, Rolling Stones, as well as huge personalities of the arts and letters, such as Picasso, Chagall and Miller, visited the island. Furthermore, the “The Child and the Dolphin” filming with Sophia Loren took place there.

The pharmacy-museum of Rafalia, which is located in the streets of the city of Hydra and retains the form it had since the year that it opened in 1890, is considered one of the oldest in Greece and is characterized as a monument of cultural and architectural tradition. 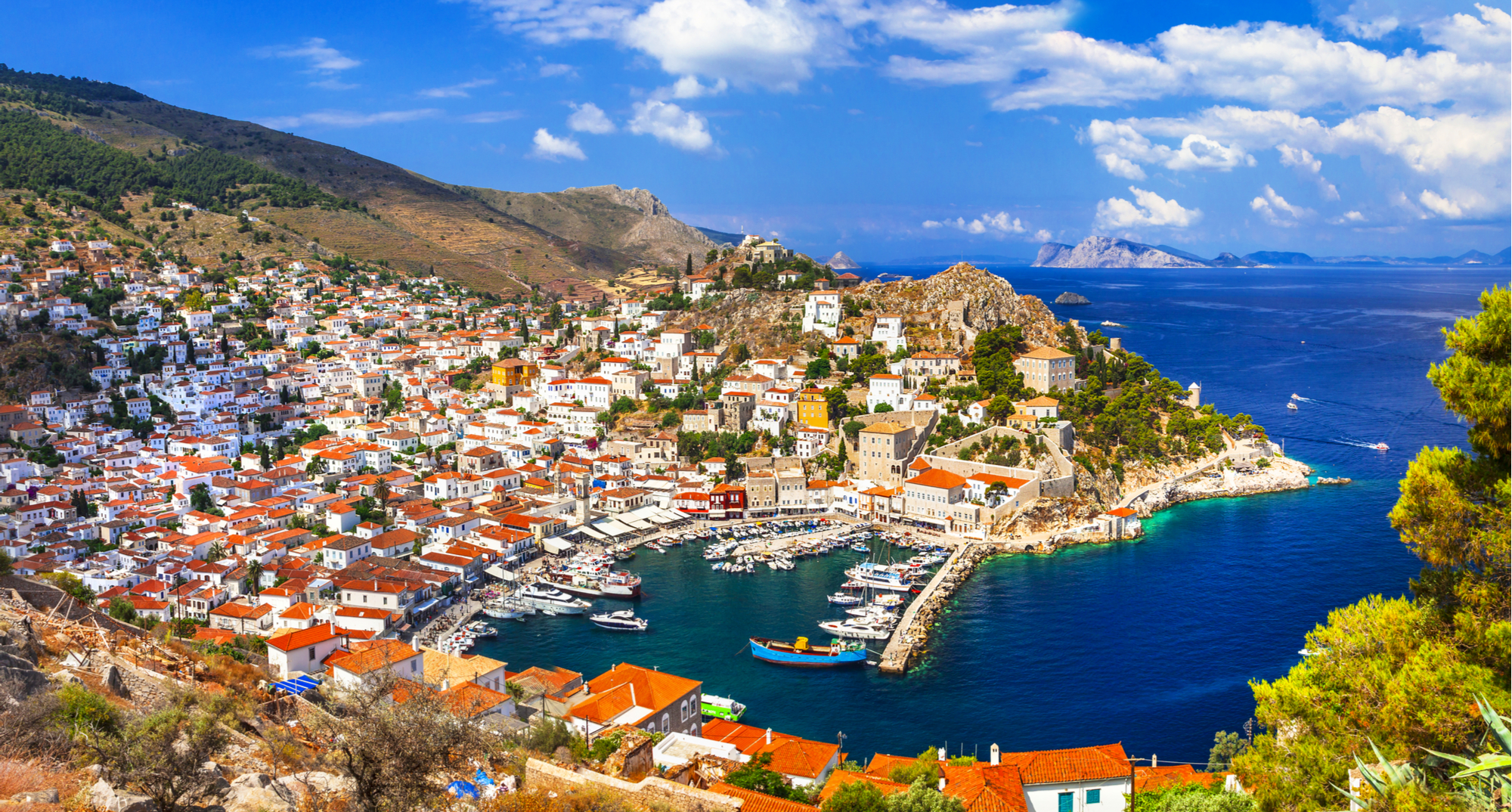 In Hydra, there are 6 monasteries and 300 churches, a fairly large number in relation to the expanse of ​​the island. The visitor should visit the twin monasteries of Saint Eufpraxias and Prophet Elias, where Kolokotronis and other fighters were imprisoned for a while (1825), as well as the monasteries of Agia Triada, Aghia Matrona, Agios Nikolaos, Theotokos of Zourvas and the churches of Ypapanti and Ai-Giannis Nighaste, with the rare and beautiful wall paintings of the 18th century.

The monastery of the Assumption of Virgin Mary with its rich interior decoration, a three-aisled basilica with a dome and two marble bell towers (in the middle of the 17th century), part of which houses the city hall, is of true value. The Ecclesiastical and Byzantine Museum is hosted in the temple with remarkable relics. 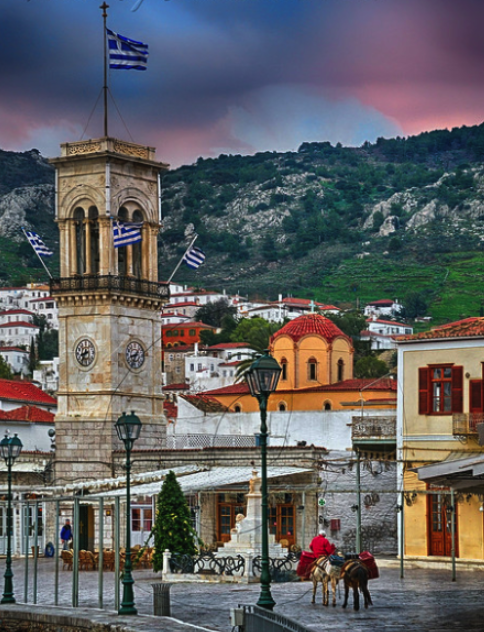 On the right side, a narrow, paved and picturesque uphill road starts and leads to the Old Town and the medieval settlement of Kiafa, the oldest settlement in Hydra. It is a settlement with stone-built houses, whitewashed courtyards, secret gardens, bright blue doors and windows, tall walls and narrow streets. From there, one can enjoy the unique view.

Numerous, beautiful beaches of the island offer an incomparable experience. The beach of Spilia, outside of the harbor, is rocky with intense movement and is ideal for marine life as well as Hydroneta with its deep waters, located on the rocks in the most beautiful part of the island, under the cannons. Avlaki, a beautiful small beach full of pebbles, ideal to admire the sunset, is illuminated in the evening, offering a special summer spectacle. 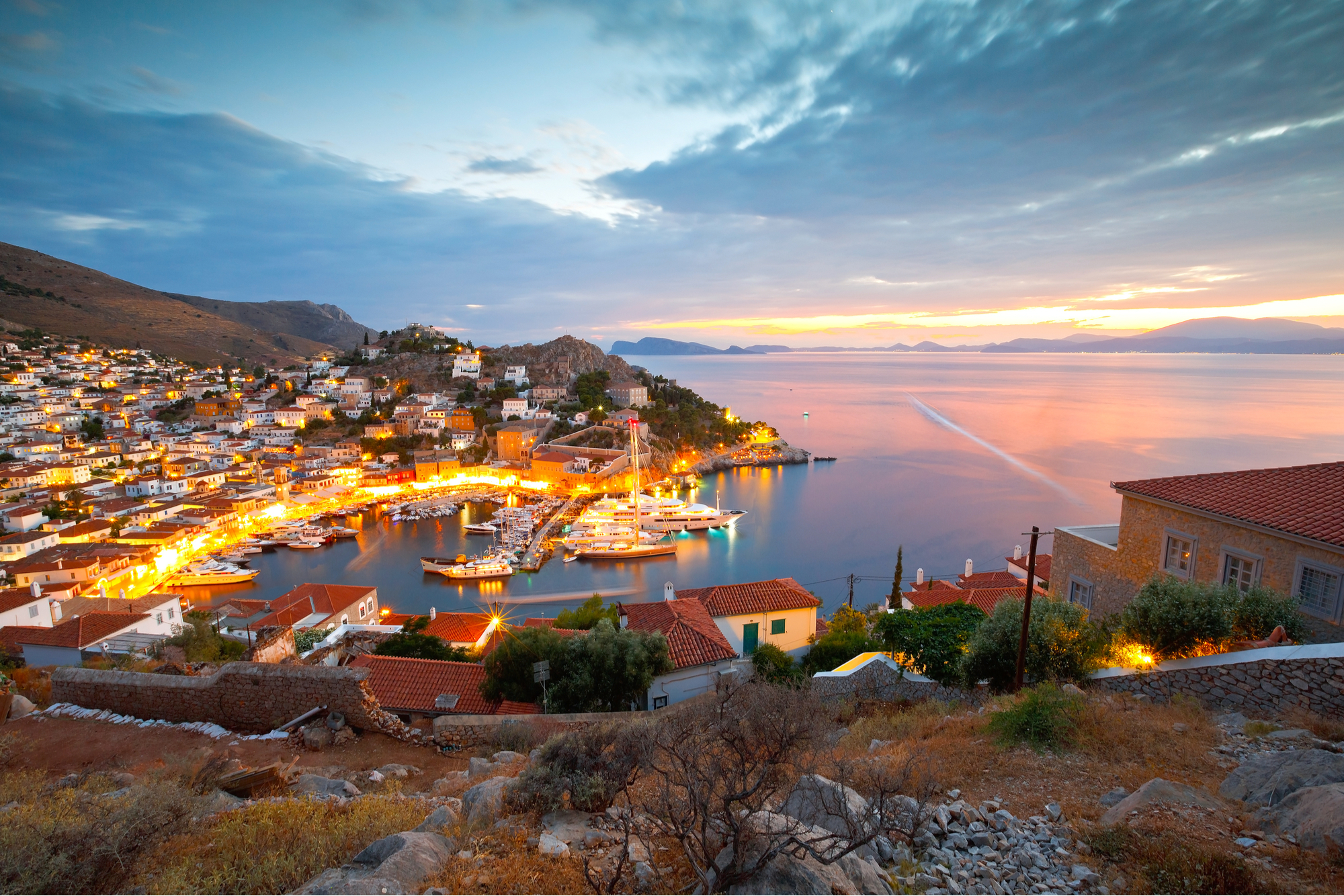 The stairs immediately after Hydroneta lead to green-blue waters and a small pier, while following the coastal road, one will find Kamini, a small, lovely and picturesque fishing boat full of fishing boats and groceries, with horses in their yards. The beautiful seaside traditional settlement of Vlychos with a magnificent view and ideal for family tourism has whitewashed cottages with large whitewashed courtyards stretching to the foothills of the adjacent hill above the beach. 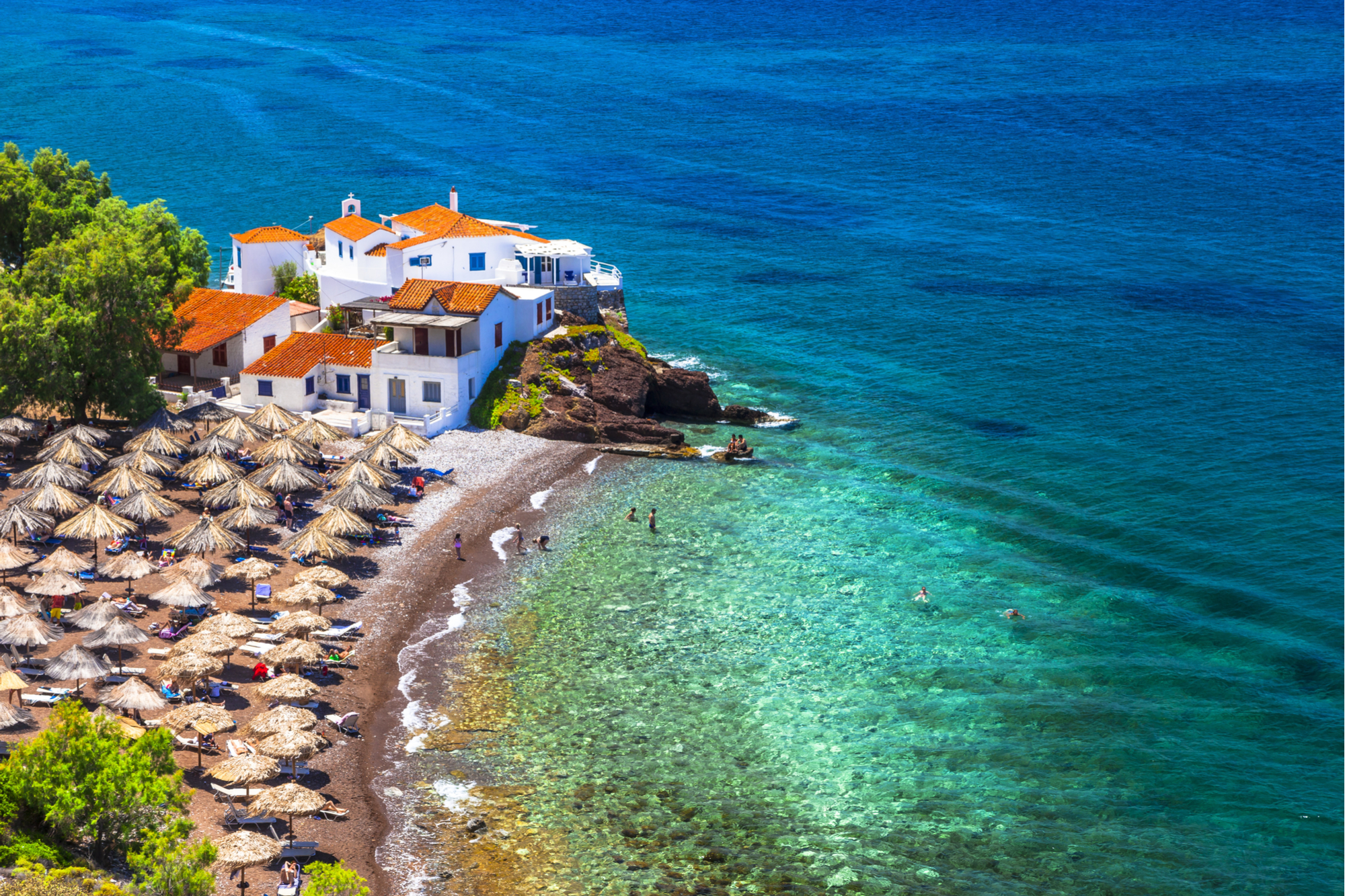 Another beach is Bisti, the southernmost bay of the island, surrounded by tall rocks. It is organized, suitable for sea games, dives and snorkeling and is next to a verdant pine forest with access only by sea taxi.

In the eastern part of Hydra, there is the Zourva lighthouse, which is not easily reachable from land, as the area is rocky and inaccessible. The lighthouse was built in 1883, has a height of 10 meters and its focal height is 36 meters. Destroyed by the Germans in the Second World War, it was rebuilt in 1946 and since then operated on oil until it was supplied with electricity in 1986. It has been automatic since 1989. 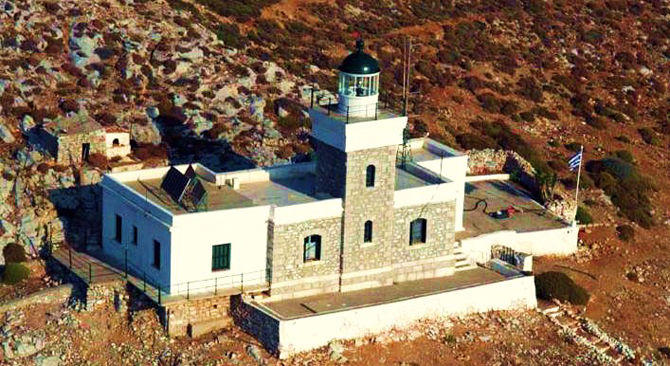 The scenic island of Hydra is the ideal destination for those who want to spend calming holidays, but also for those who seek the cosmopolitan life. There, travelers are redeemed by all thoughts and depart from it with the most memorable memories.

Once in a travelogue, the American writer Henry Miller wrote about the island, “There are only two colors, blue and white, and the white is whitewashed every day, down to the cobblestones in the street. Aesthetically it is perfect, the very epitome of that flawless anarchy which supersedes, because it includes and goes beyond, all the formal arrangments of the imagination.” 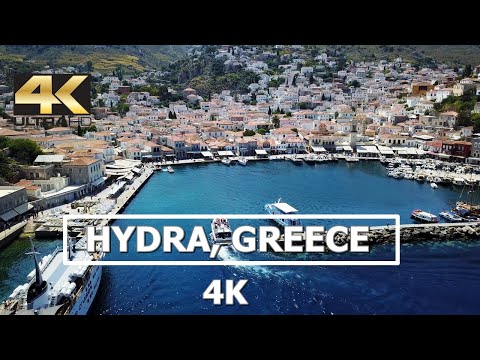