Writer for Lost and Once Upon a Time

Eddy Kitsis is a Greek American television writer and producer, best known for his work in popular television series Lost and Once Upon a Time.

Kitsis was born on February 4th, 1971 in Minneapolis and graduated Wisconsin-Madison University, Radio Television and Cinema faculty. Since then, he has been working extensively next to his classmate Adam Horowitz.

In 2005, Kitsis joined the writing and producing team of Lost mid-way through the first season. Soon after, he was promoted to supervising producer. Kitsis and the writing staff won the Writers Guild of America Award for Best Dramatic Series and he was re-nominated in February 2009 for the same award.

Eddy Kitsis also wrote Tron:Legacy and together with Horowitz he worked for several episodes of Lost and also created the popular television series Once Upon a Time, premiered in 2011.

The show focuses on a town which is actually a parallel world populated by fairytale characters who are unaware of their true identity. The two came up with concept seven years prior joining the staff of Lost, but wanted to wait until it ended before they focused on this project. He also co-created the Once Upon a Time spin-off, Once Upon a Time in Wonderland, along with partner Adam Horowitz, Zack Estrin and “Once” writer and Consulting Producer, Jane Espenson. The series, which began airing on ABC October 10, 2013, focuses on Alice searching for her true love, a genie named Cyrus, who is being kept from her by the Red Queen and Aladdin villain, Jafar, in a post-cursed Wonderland. 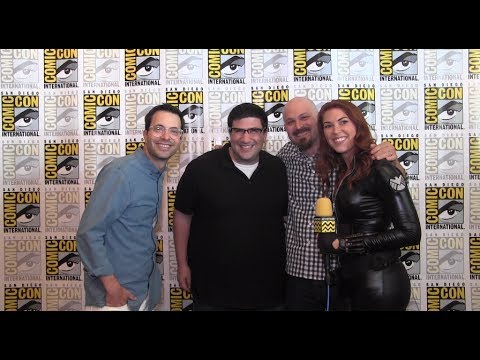