Inventor of the Internet radio in cars

An ingenious device made by the homogeneous from Melbourne, George Parthimos and the well known manufacturer of sound systems and other electronic devices “Blaupunkt”, which is based on his invention, an electronic platform called “miRoamer”, will bring thousands of radio stations to our car radio.

The company, a completely Greek Australian run project was chosen to be a part of GM’s models thanks to its European and Asian market potential. In the near future, all General Motors cars, including its Opel and Vauxhall counterparts, will feature a Greek Australian designed music and radio service.Called miRoamer, the in-built platform will feature personalised infotainment that will introduce digital radio to cars for the first time. The Greek Australian creators have been working on the project for over eight years with the hope of connecting more useful and user friendly apps to an integrated dash, moving away from in-phone apps.

This device will allow the drivers, over a very small fee, to have internet radio in their cars and thus to listen at the majority of the radio stations around the world while being on the road.

The new platform -the miRoamer -was presented in the World “Consumer Electronics Show” in Las Vegas by Parthimos’ company, “Torian Wireless”, and by “Blaupunkt” – and can be installed in mobile phones, camcorders or any other mobile electronic device which can be wireless online.

George Parthimos, has already won the award for best entertainment product in Australia, the iAward. This prize is awarded annually by the Australian Information Industry Association agency and recognizes innovative products in technology media.
miRoamer director George Parthimos says the company has secured a two year deal with GM, and sees a huge potential for all carmakers to get their customers better connected.

The first shipment of connected vehicles is expected to begin in 2014, and will be sold to a global market. General Motors will be making the service available in all models, offering an opt-in option for cheaper models and more expensive models will have it included. 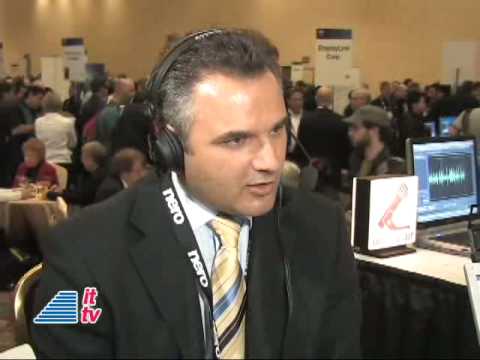