The professor they name mathematical terms in honor of his work

Professor Themistoklis M. Rassias, mathematician and professor at the National Technical University of Athens, has made a fundamental contribution to mathematical analysis, geometry, topology and their applications.

He has s lectured extensively and conducted research in various
academic institutions in Europe and North America. He has published more than 300 papers, written ten research books and 4 books in Mathematics (in Greek) for university students and edited 45 volumes on various topics in mathematics with many references to them, as well as his selected publications. 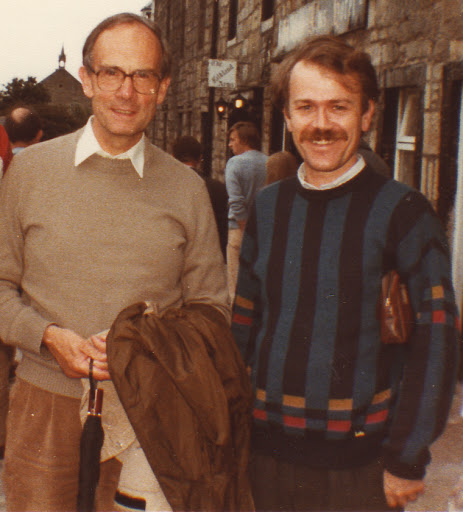 Themistoklis M. Rassias was born on April 2, 1951, in the village of Pellana about 25 km away from Sparta in southern Greece. He finished Elementary Schooll in Pellana, where he had two excellent teachers, having a passion for numbers and geometry.

He continued in High School of Kastorion, a village almost six kilometers away from his home, and finished his final year at Sparta High School. In both schools, he had the privilege, as he has said, of having excellent teachers in most subjects, but especially in mathematics. After graduating from high school, he was admitted to the Department of Mathematics of the University of Thessaloniki, where he studied for the first two years of the four-year study program. At the age of 19, he published “Modern Mathematics”, while in the same year, he began to study some more advanced mathematics on his own.

When he finished his second year in Thessaloniki, he continued his studies in the United States for a few months at George Washington University, where the Department of Mathematics decided to enroll him directly in the Postgraduate Program in Mathematics, before completing the two remaining years of study for his Bachelor degree. Next, he continued his postgraduate studies at the University of California, Berkeley, where he received his doctorate in mathematics in June 1976, under the direction of Stephen Smale (Fields Medalist, Moscow 1966), while his academic advisor at Berkeley was SS Chern. He has contributed a number of results in the stability of minimal submanifolds, in the solution of Ulam’s Problem for approximate homomorphisms in Banach spaces, in the theory of isometric mappings in metric spaces and in Complex analysis (Poincaré’s inequality and harmonic mappings)

Themistoklis M. Rassias prefers to do research and teaching, as when he proves a new theorem or introduces a new conception, it “illuminates” his brain, as he has admitted, but when he teaches mathematics, he feels happy. He believes that there are no limits to research mathematics and teaching and that it is always nice to try to integrate mathematical knowledge and thinking as well as creativity.

When he teaches undergraduate students, he always starts with examples and counter-examples. Once students begin to understand and appreciate the
main ideas, it defines abstract concepts, and that’s where things go more smoothly and the path to mathematical reality seems more understandable and exciting. Emphasis is placed on mathematical thinking and creativity and not on memorization. This is the key point of his teaching.

As for graduate students, the main goal is to teach them how to think, how to search, how to use the library and feel more independent. “It is important to encourage them to go further into the vast expanse of the unknown and to fight for the original thought,” the professor explains. “Of course when they prove their first proposition or theorem or when they set a good example, it’s important to help them understand how to write it.” He has been honored as a member of the School of Mathematics of the Institute of Advanced Study in Princeton for the academic years 1977-1978 and 1978-1979 – which
he did not accept for family reasons.

He has been a “Research Fellow” at Harvard University’s Department of Mathematics (April 1980), invited by Professor Raoul Bott, and has been a “Visiting Professor of Research” at the Department of Mathematics at the Massachusetts Institute of Technology (1980) invited by Professor F.P. Peterson, and has been honored with the title “Accademico Ordinario” by the Accademia Tiberina Roma (since November 1987). He has also served as a member of the Editorial Board in more than 40 journals published in Europe, the United States and Asia, which gives him a global picture of current research. He is a professor at the National Technical University of Athens. However, he considers as a permanent award given to him for his research the now-standard “terminology” in the mathematical analysis “Hyers – Ulam-Rassias
stability or “Cauchy-Rassias Stability ” and in geometry the term “Aleksandrov-Rassias problem”.