The charismatic Greek who envisions a better educational system

Alexandros Papandreou belongs to the people with a higher than average intelligence, is an Electrical Engineer & Computer Engineer and a PhD Candidate at the “Demokritos” National Center for Research and Development, a member of the Greek MENSA and the founder and coordinator of the SIG Social Intervention.

In the context of his activities, he does courses, training, counseling parents and mentoring young people and children. He writes in scientific journals, has lectured at international conferences and has published dozens of articles, while his interests are algorithms, philosophy, physics, travel, writing and directing. 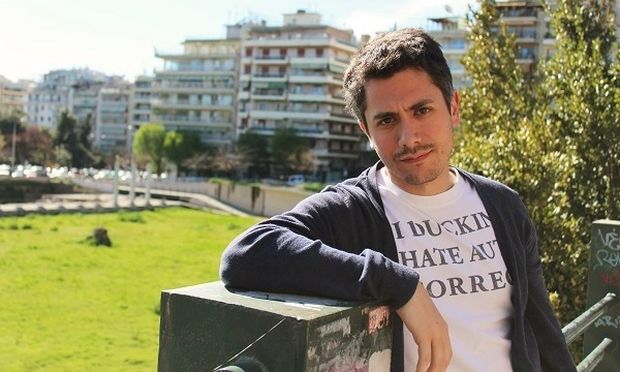 The 34-year-old Alexandros Papandreou, when he was a child, was fascinated by robots and was trying to make his own joining boxes, attaching eyes to it by connecting lights to batteries, giving it a voice through a tape recorder and having destroyed many remote controls to make it move. As time went by and school came closer, he had expected things to get even more interesting.

The school proved to be rigid and sterile so he did not manage to integrate into its educational aspects. Moreover, as a student, he felt that what he knew what was being taught to him and had ended up completely losing his interest in school lessons. He was miserable when he thought he had to spend the most productive hours of his days that way, and many times during the teaching hours, he did exercises from university lessons.

When he went to school, he used to take only one pen with him, he was absent very often, while especially in high school, he was more often in the yard playing with children who had PE than in class to attend the lesson. Rote memory and reproduction of knowledge were at the center, and there was really limited space for personal expression. Teachers considered failing him during the years, but with 19.5 points on average, it was impossible. 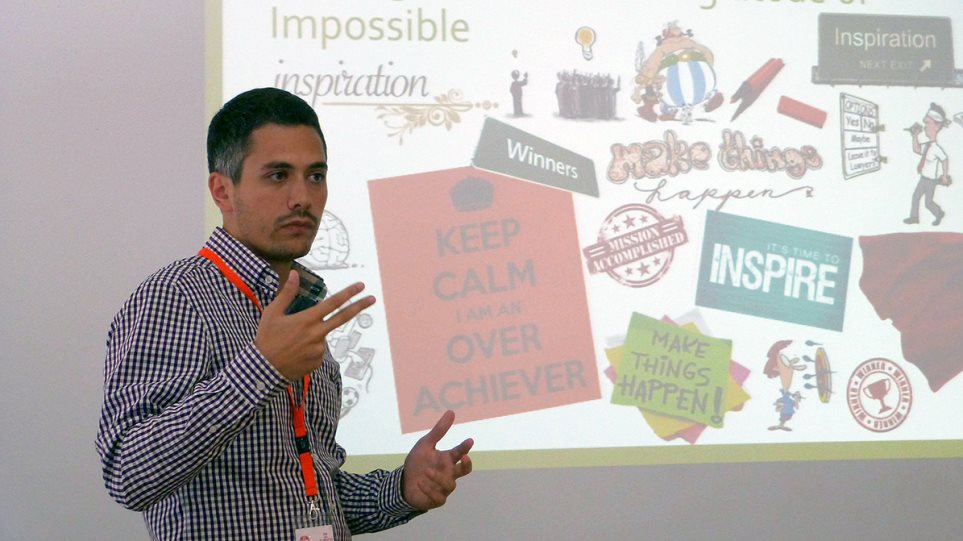 At the same time, in all his school years, his parents cared to get him involved in a variety of activities. He tried five sports, learned two musical instruments and four foreign languages.

As far as his socialness was concerned, he did not face any particular problems with his social circle, as he had a well-developed social intelligence and could adapt without sacrificing elements of his character. He was accepted in the school environment, had many friends and very good friends. “What annoyed me was the occasions when my teachers questioned that I had done the homework by myself,” he said in an interview.

He went to the Polytechnic School of Electrical Engineering, where he graduated, with a diploma thesis entitled “Geomagnetic Interference Correlation from Space with Earthquake Prediction” and a Doctorate in Artificial Intelligence and Computer Vision. 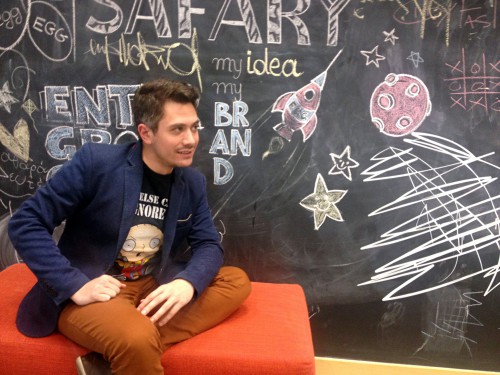 While serving in the army, he took an intelligence test at Mensa, which showed his own at 135+, with the average person standing close to 100. He never did the second test to learn his exact IQ, as he thinks, “If you define yourself by a number of a statistic, then you are just a “joke”. Everyone believes a reality they have in their head. This proves our inability to get to the truth. But if you manage to find it, there is nothing more binding. ”

During his Ph.D., he decided to do something to make the school experience more enjoyable, not to make things easier but more substantial, to create the education as he had imagined it. This is how Charismatheia started to form, the culmination of the efforts made so that the charismatic children could open their wings.

In 2012, when Alexander Papandreou pushed the first programs for charismatic children in Greece, the concept of charisma was almost unknown to Greek society. Thus, academics, child psychologists, physicians – developmentalists – were gathered from Greece and abroad, in order for the largest event that the country met with regard to the educational and emotional needs of these charismatic children to be organized. 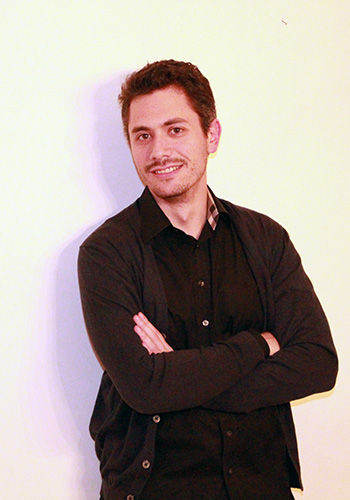 At the same time, teachers have been trained in teaching strategies for multi-speed classes so that all children have the opportunity to develop their full potential, and parents counseling has been established.

Acceptance and attendance exceeded their expectations as more than 900 people attended the talks and workshops of the event. Despite the success of the project, this event was not an end in itself, since it was only the starting point for a journey to better, better quality and more comprehensive education.

Starting with 2013, the first comprehensive Master Class curriculum was created and developed, which was framed with six-month advisory parents’ circles and teacher training. Since then, the concept of charisma has penetrated for good in Greek society, as the growing awareness of institutions, educational institutions, parents and teacher-professors has signaled the maturing of the conditions for the creation of an organization dedicated exclusively to recognition, support and promotion of charismatic children. Hence, in 2015, Charismatheia was created.

Charismatheia is basically a framework of research, wider cooperation and co-operation of all the forces involved with charismatic children in order to create a larger structure, with the aim of shaping, developing and implementing practices that contribute to and enrich the education of charismatic children. It is commonplace for those who want to be informed about the needs of these children and a point of reference for those who want to contribute to meeting these needs.

All these programs run until today through Charismatheia, but that was not enough for Alexander Papandreou and his team. They felt they had to reach all the families, in every corner of Greece, so they really made a difference. “So, we couldn’t but build an online platform.” They combined the fun and motivation of a game with the enrichment of the subject matter and the teaching techniques they applied in the lessons and created the “Alexandria”.

“Alexandria”, in other words, is an online game in which children develop skills of the 21st century by taking stimuli from different subjects. Children from the age of 7 can create their own character in the game, develop it through tribulations and become the next custodians of Alexandria. 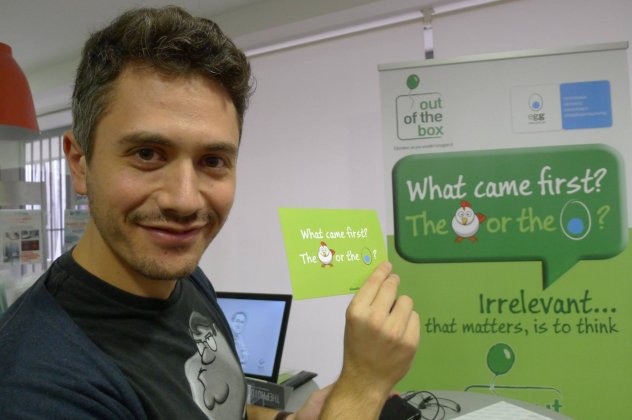 In addition to sensitizing society to the particular needs of charismatic children and providing a broader framework for research and convergence of all structures dealing with these children, the center of Charismatheia, where children attend classes, is based on four axes.

The great goal of Alexander Papandreou and Charismatheia is changing education. “We employ all children, not just the gifted. Now we are in the classroom – which includes children of various skills – be able to do the same lesson to everyone and everyone sees it differently, depending on their capabilities. 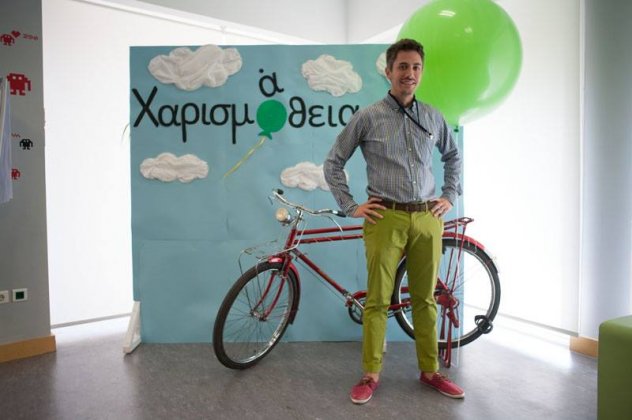 Plus, we leave memorization behind. When children come into the labor market, they will be asked what they know from school. Whatever they know, it will not be valid in five years, but they will ask them what they can learn, how they can work together, whether they have communication features, etc. We do not want to measure intelligence. We want a system that will do this by developing skills for each child. ”

Also, as has been said, children can access a scary volume of data through computers and tablets, but the bet is no longer to memorize, but for them to see what information they can use. “That’s why they need to develop critical thinking” while asking them to compose this information into something new. So they have to develop creativity. “These are the two main pillars on which we rely on”.

They are currently working with teachers, educators, doctors, psychophysics psychopathologists, companies that help integrate gamification throughout, educators who shape the content, and a number of people who have struggled behind the organization’s efforts because they wish to contribute. 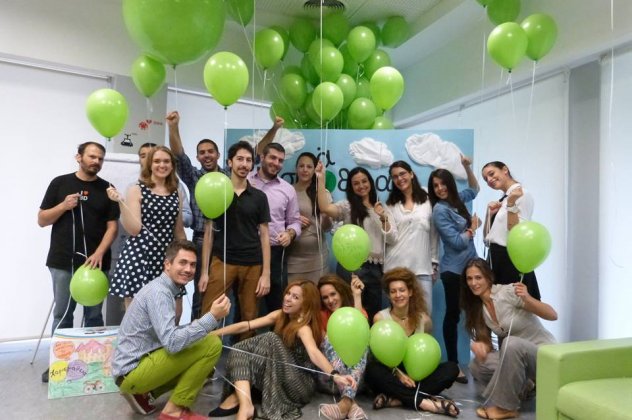 In an interview, he has said that what he can not, to some extent, still accept today is that he did not push himself as much as he should to achieve what he could. If there was someone to understand that he was stagnating, as he had said, in the environment around him and pushed him forward, things might have evolved differently. He concluded by saying that in that case, though, he may not have recognized the need to do what he does now. 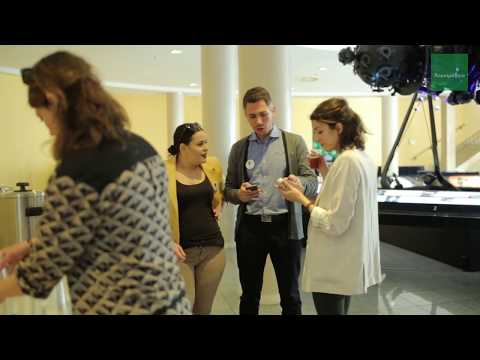