The Greek of the Antartica

Giannis Baziotis is an assistant professor at the Agricultural University of Athens and the first Greek to participate in the Antarctic Search for Meteorites mission (ANSMET), which the American Space Agency has established since 1976 to search for meteors.

He was born in Athens in 1980 by a stone cutter father and a housewife mother. “In our house, in Nea Liossia, every day, there were two pots in the fire, one for us and one for our neighbors, who were poorer than us. My parents wanted their children to thrive. We studied, all three of us. My brother is a physicist and the other a dietician,” he said in an interview with “Kathimerini”. 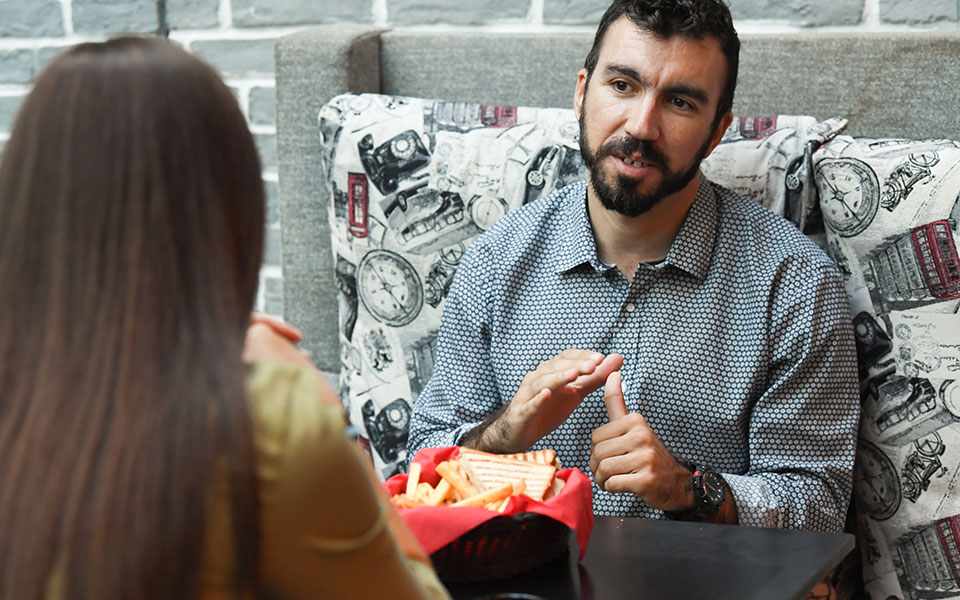 The 38-year-old scientist admits “I was ten years old when I told my family that when I grew up I would go to Antarctica with NASA! It was probably due to some kind of Hollywood production I had seen on the TV”.

Unlike the Arctic, which only consists of ice, Antarctica is a continent, and under the ice of its surface, there are rocks, most of which are associated with the volcano Erevo, the southernmost active volcano of the planet. Geologists through the study of those meteorites understand how the structure of the interior of the Earth is. This was the interest of Giannis Baziotis. 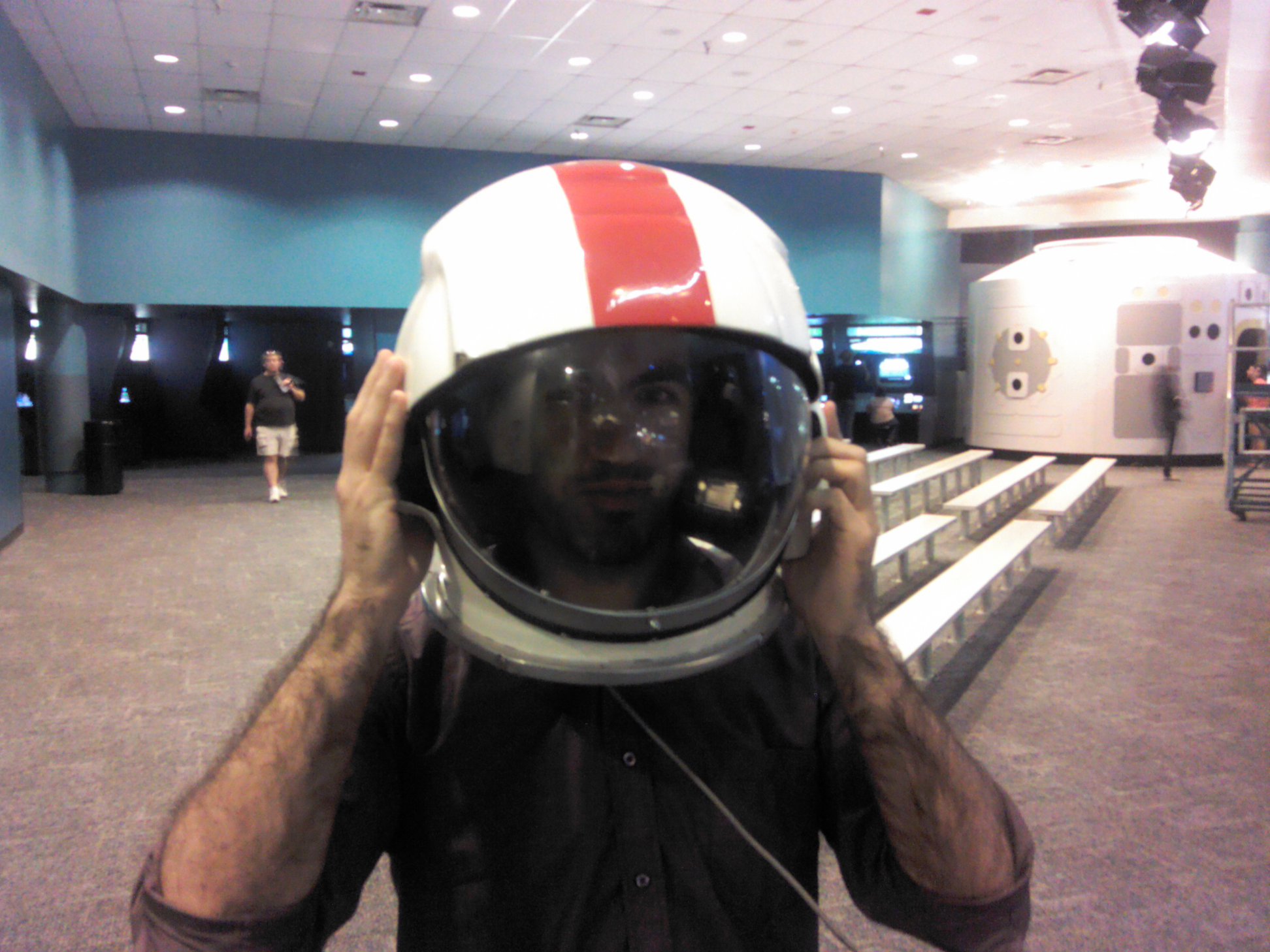 He started making his childhood dream true in 2012 when he applied fotr the first time answering the question of why he believed he should be accepted to the space exploration agency. In the first four letters, he was probably blatant and impetuous as a “bull in a glass shop” as he admits, while the fifth which was the lucky one, in 2017, was different because he wrote “You certainly have hundreds of applications from candidates much better than me. And choosing someone from a distant country, like Greece, is improbable. But even if you reject me, I will insist. Because this mission is my life’s dream. It’s worth waiting. “

Larry Taylor’s letter of recommendation contributed to NASA’s acceptance. “He was one of the world’s leading global scientists, a key mission officer for Apollo missions and one who inspired me to get involved with meteorites as a supervisor of my post-doctoral research at the University of Tennessee. Unfortunately, he died last year. But he left a great heritage: hundreds of scientists for whom he was a mentor. “ 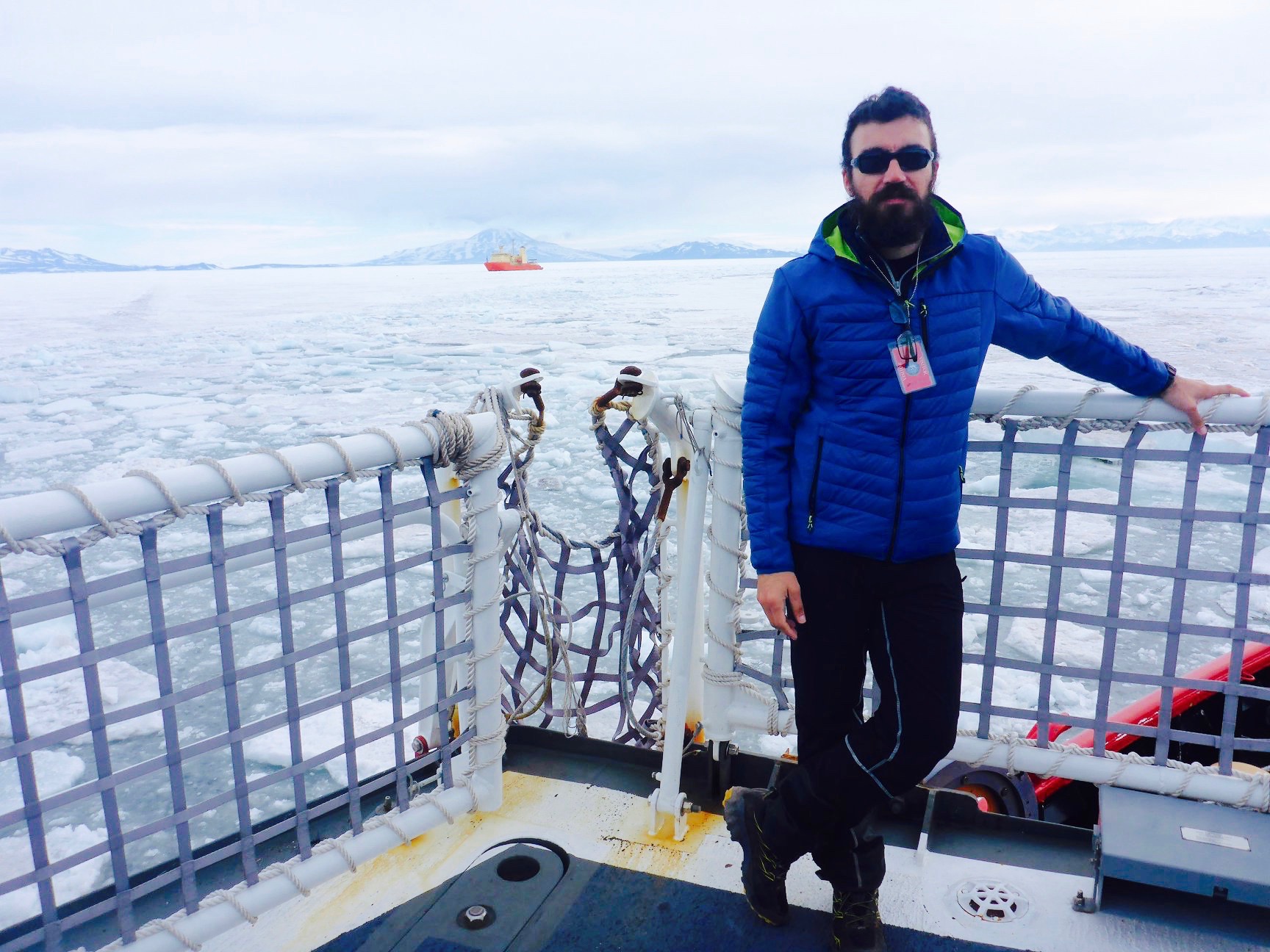 NASA has established, since 1976, the Antarctic Search for Meteorites (ANSMET), missions for finding meteors, which have so far discovered more than 22,000 meteorites. The Greek Professor of Agriculture participated in the 41st NASA mission in November 2017. Participation in the program is volunteered –  the travel tickets, equipment and a series of expensive medical examinations, worth of thousands of euros, are to be repaid by the scientists taking part.

The Greek scientist, though he searched for sponsors, all the doors remained closed, as he was not known. “Even the available reserves of Greek universities are not that available at all. Such is the bureaucracy and the lack of flexibility regarding the notorious SARD (Special Account of Research and Development) that I didn’t even get into the process of asking for help. ” When he was ready to give up the effort and see his dream fly away, the Municipality of Fylis and the Greek company, Active Point, gave him the help he needed. 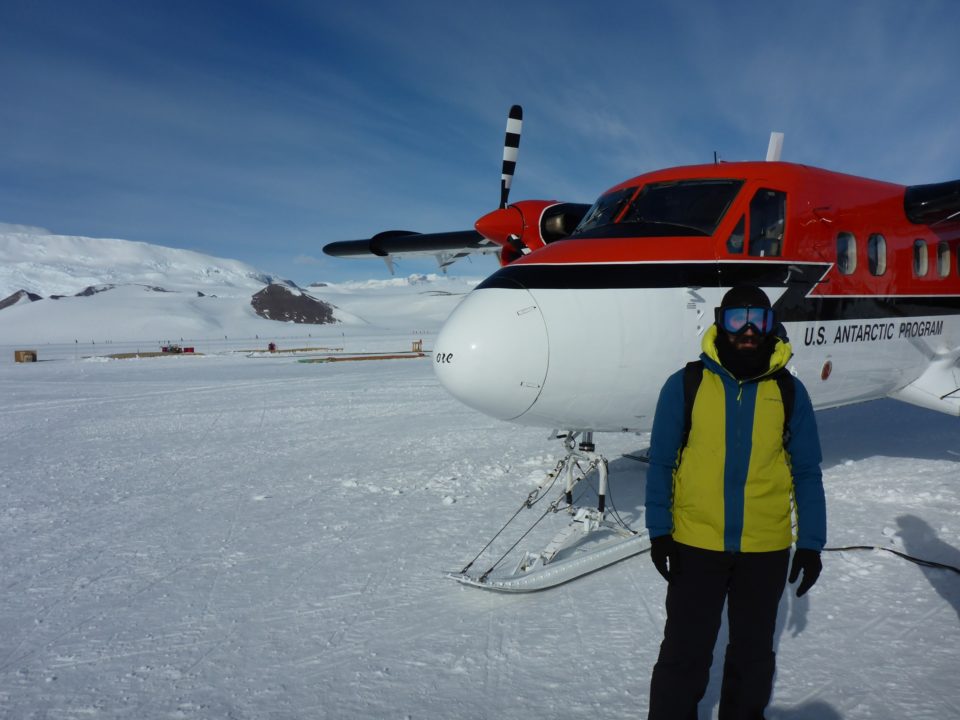 The journey of the Greek meteor hunter’s dream began in Cleveland, USA, from a three-day training. “There, we learned a lot. First, how to cook. Our diet did not include standardized foods. Alone, in every tent’s propane kitchen – two people in each – we daily prepared our food. Daily calorie intake should reach 6-7,000 calories – because of the altitude of about 2,800 meters and the cold environment. We also learned to provide drinking water from ice. Finally, we learned how to use the special vehicle, our snowmobile – our feet on the frozen Antarctic territory “.

In November 2017, they left Athens, moved to Frankfurt, San Francisco, New Zealand, and Christchurch to the southern New Zealand Island. From there, with an LC-130 military aircraft with snowshoes, he traveled to Antarctica, at the base of McMurdo. In its final position, NASA’s eight-member team, consisting of seven men and a woman, arrived a few days later. In a  Scott tent (7.30 square meters and 2.40 meters high), Giannis Baziotis spent 80 days. 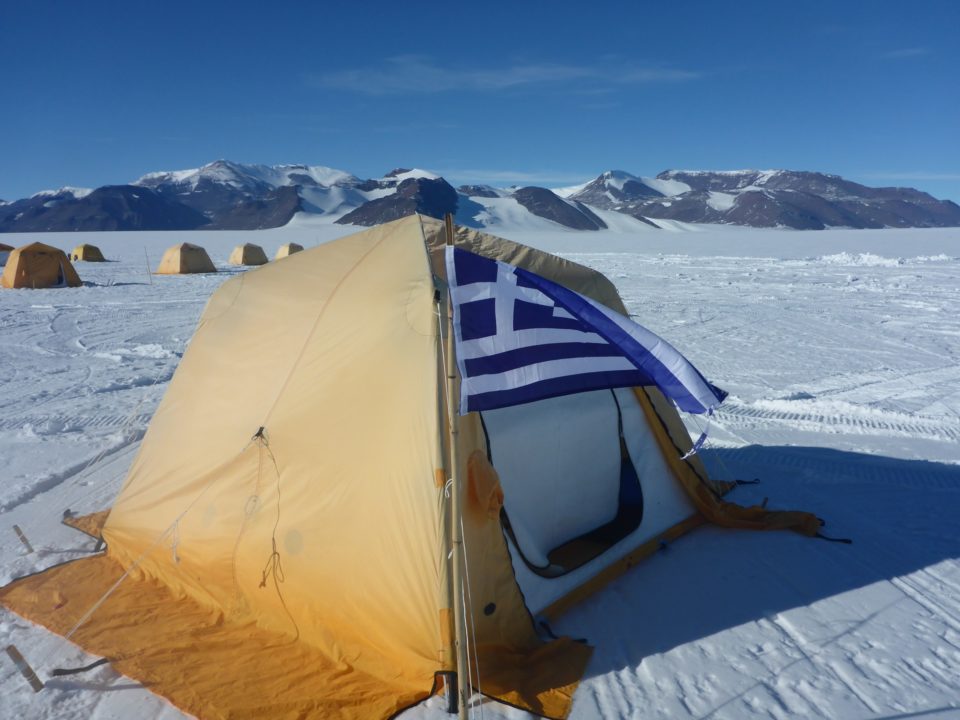 “The first thing that struck me, beyond the shocking beauty of the landscape, was the absence of any sound. For the first time in my life I was listening to silence, as is the void of Space,” he said and continued commenting on the weather. “It was Antarctica’s “summer”, meaning the temperatures reached minus 35 ° C. The feeling, however, especially during the windy days, it was minus 50 ° C. For the cold, we were properly prepared. The problem was mainly the winds, which some days reached 15 Beaufort. For five straight days, we couldn’t even get out of our tents. “

The search for meteorites took place for at least eight hours a day in different regions. “Only one glacier – from the three we went to – Amundsen, we traveled for 900 kilometers. We did not use tools, just our eyes. We didn’t dig, we only cared for what was on the surface of the ice. When we tracked a meteorite – or something that we thought was one – we recorded its coordinates, we photographed it on a length scale and then placed it in a sterile bag. We were not allowed to touch it so that we did not infect it “. The harvest was excellent. During its stay, the team collected 263 meteorites, which were sent to NASA’s Johnson Space Center, Houston, Texas for a more in-depth study. 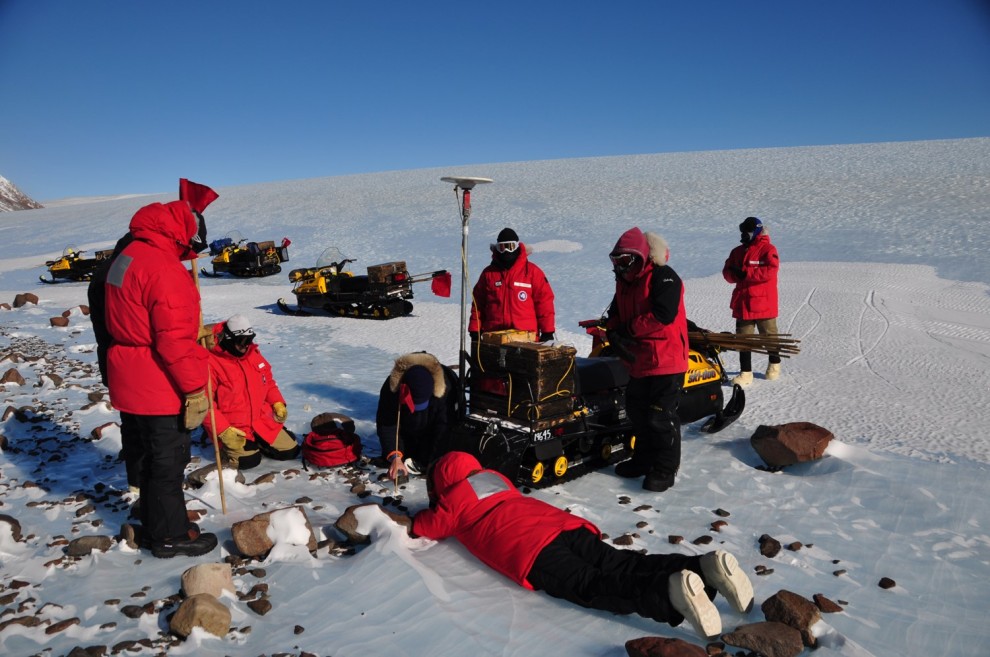 He wishes to create a laboratory at the Agricultural University of Athens equal to the American and European ones. There has been a step towards that direction, thanks to a donation from the Stavros Niarchos Foundation, unique micro-analyzer, the first one in Greece, was given to the Laboratory of Mineralogy-Geology. Early in October, he will release his book “A Greek in Antarctica” (iWrite publications), which describes this exciting experience. 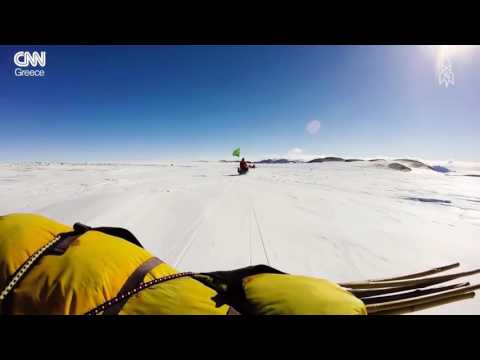