The doctor who revolutionized Laparoscopic and Robotic Surgery in Greece.

Ntinos Konstantinidis, a surgeon, and director at the Athens Medical Center is the Greek doctor who was awarded and honored in the USA for his academic and medical contribution, and the one who revolutionized the Laparoscopic and Robotic Surgery in Greece.

He was born on 28 October 1956 in Arkasa, a seaside village at Karpathos island, which has a special place in his heart. In the early 1970s, his parents and his five siblings left Greece for America while he stayed in Greece with his grandfather and grandmother. Afterward, he traveled to Rhodes, where he continued school at the Venetian High School.

He loved reading and used to dream and wander along with the adventures of the heroes of the famous writer Cronin. Two doctors were his role-models while he was growing up and building a personality • Robert Shannon, the main character in “The Green Years”, and Andrew Manson, the protagonist in “Hatter’s Castle”. Both doctors in Cronin’s books struggled against Τhe Establishment, which fears the change of the new and tries to guide its’ fate and society.

Konstantinos Konstantinidis did not acquire his desire to be a doctor only from literary doctors standards. His grandmother’s influence, Kokona Pazartzi, who was a practical medicine doctor, was decisive in shaping his character and sense of morality. The Karpathian woman picked herbs, prepared ointments, made medicines, and was always willing and available to assist all the people of the village. Ntinos Konstantinidis actually narrates that when fishermen from Kalymnos arrived at the port (Phoenix), they visited her for help. 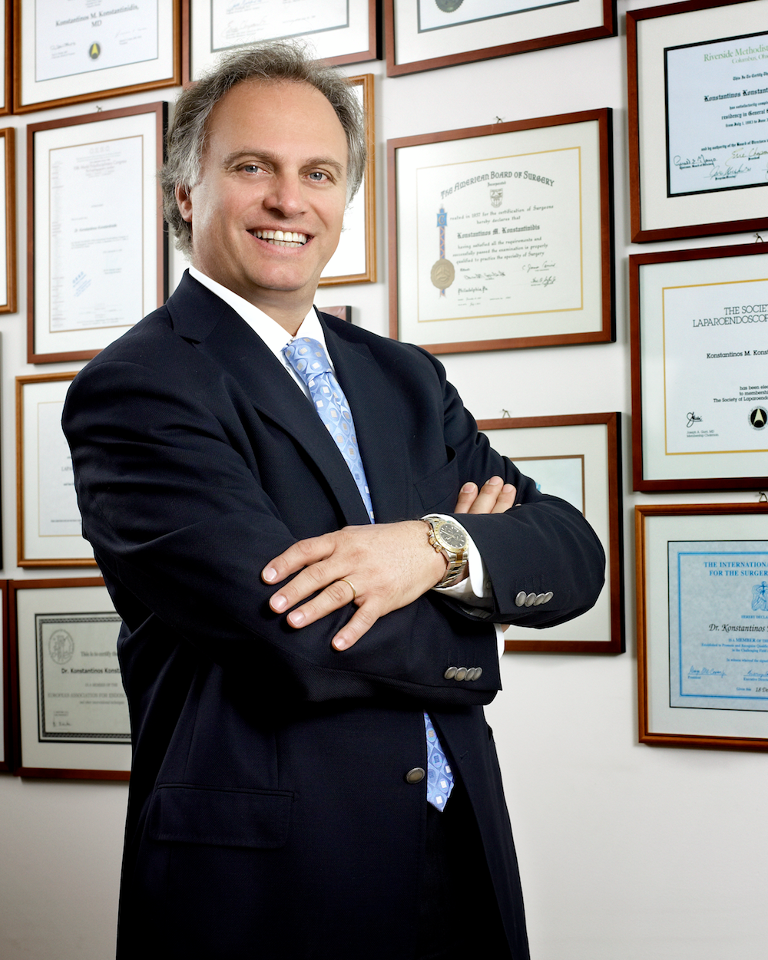 After his excellent performance at the high school finals, which gave him a place at the Aristotle University of Thessaloniki, he received his medical degree and started his in America. Initially, he became Head of General Surgery at the Riverside Methodist Hospital in Ohio and later on, he chose General Surgery specialization, getting one of the two scholarships among 180 candidates.

In 1990, he got the American Board of Surgery Specialty with excellence and, at the age of thirty-two, he became an Assistant Professor at Ohio State University. He taught students and other specialists, while he was the head of a team of surgeons with significant surgical and academic work.

In 1991, he returned to Greece, at the invitation of the President of the Athens Medical Center, Giorgos Apostolopoulos, where he is since then the Director of General Laparoscopic and Robotic Surgery. One year later, he became Professor of the Department of Medicine at the Democritus University of Thrace for two years.

International recognition has brought many distinctions and titles, such as Ph.D., FACS, Associate Professor of Surgery, Ohio State University, President of the American College of Surgeons and Scientific Director. 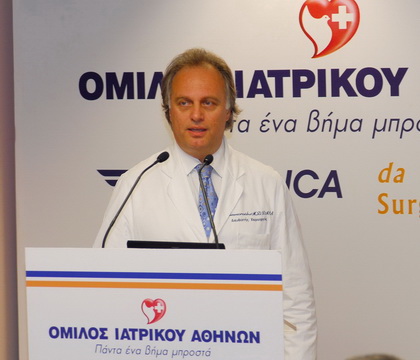 Nowadays, the most advanced surgical technology is the da Vinci system, whose designing started in 1995, and since 2000 has been used in more than 350 hospitals. Its use, due to its significant advantages, is rapidly spreading worldwide. Up to this day, it has been used by more than three million patients worldwide. In Greece, the first robotic surgery operation was conducted by Ntinos Konstantinidis and his team at the Athens Medical Center, in September 2006.

Moreover, he is a reviewing at the Journal of Robotic Surgery, Obesity Surgery and International Journal of Computer Assisted Radiology and Surgery, has been a member at scientific conferences and also has been involved in many scientific councils worldwide.

From 2001 to 2010, he voluntarily offered his medical services (“The Aegean Group”) on the islands of Patmos, Astypalaia, Karpathos, Ios, Kasos, and Ikaria. When he was asked in an interview what a person meant to him, he replied “People are everything. I am not just treating the patient’s problem with technology and medicine. If I did just that I would have failed as a doctor. I have to form an opinion about the person who is sitting next to me and they have to do the same for me. I want them to trust me and realize I will do my best for them”.

Ntinos Konstantinidis’ leisure time is dedicated to his family, with his daughter Sissi, his son Michalis and his wife Marilena Vlachou, and being an Assistant Professor of Pharmaceutical Technology at the School of Pharmacy of the University of Athens. 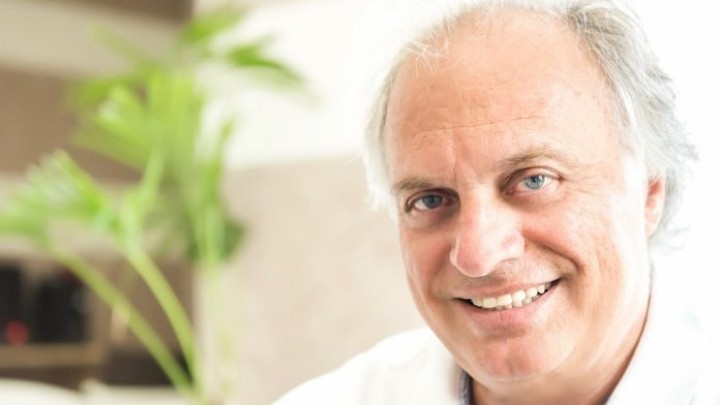 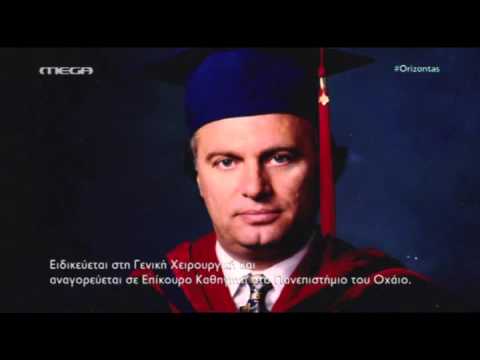