The Greek Star of the Canadian television industry

One of the biggest, if not the biggest, name on Canadian television, George Stroumboulopoulos presents one of the country’s most popular evening talk shows. Born in 1972 in Ontario to a Greek father and an Ukranian mother, he never lost touch with his greek roots. And if, when you read his last name, you thought that it is considered a “big name” because of its many syllables…you were wrong.

Canadians did find the name long and funny when they first heard it, but he refused to change it or treat it as an obstacle to his career; instead, he managed to establish it, going as far as to name his record-breaking show “George Stroumboulopoulos Tonight.

George Stroumboulopoulos is not famous only for his television and radio appearances, but also for his charity work. Through his show, he sponsored the “One million acts of green” campaign, calling all Canadians to do something for the environment. His appeal was answered by 1.600.000 citizens, and he was the first to set the example, together with his family. He was the presenter for the “ Hip hop for Africa” show, organized to fund Nelson Mandela’s organization supporting children in Africa, while he traveled to the Arctic to learn more about the area’s civilization and to prevent the loss of the Inuit identity.

He has been to Sudan to support War Child Canada, a canadian institute supporting war children, as well as to Zambia for the World AIDS Day. Moreover, he supports Make Poverty History, has been appointed Ambassador Against Hunger for the United Nations World Food Program and visited its operations in Pakistan and Haiti,  and enthusiastically endorses the Freerice.com campaign, helping to feed millions of malnourished children. 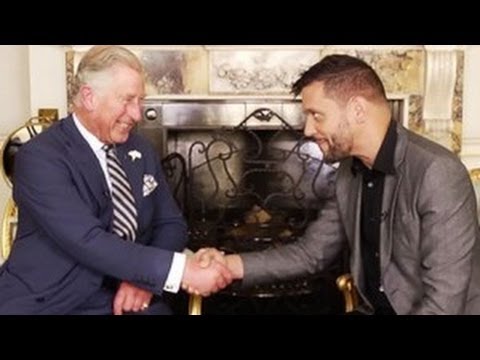