She fell in love with acting as a child

Alexa Nikolas is an actress and she is mostly known for her role as Nicole Bristow on the Nickelodeon television series “Zoey 101”. She has also appeared in many TV Series as well as in movies like “Red State” and “Zoolander”.

She was born on 4th of April 1992 in Chicago, Illinois and is of Greek descent.

She made her first appearance in the 1999 movie “P.U.N.K.S.” as Jenna Bygayly and then appeared on the episode “Trances of a Lifetime” of the TV series “Love Boat: The Next Wave”. In 2001, Nikolas had a role in the successful comedy “Zoolander” starring Ben Stiller and Owen Wilson. The same year she appeared in the TV series “Charmed” and the “The King of Queens”.
From 2000 till 2002, she played Lydia for the television series “That’s Life”. She appeared in five episodes. In 2002, she played Young Ren on the TV series “Even Stevens” and had a role in the crime-drama movie “Ted Bundy”.

In 2002-2003, she impersonated Emily Barber in the television series “Hidden Hills”. A. Nikolas appeared in seventeen episodes and the series won two nominations. Nikolas appeared in the 2003 movie “Tiptoes” starring Gary Oldman and Matthew McConaughey as Susan Barry and in the 2004 movie “Motocross Kids” as Katie where she won a nomination at the Young Artist Awards for the “Best Performance in a Feature Film”.

From 2004, she had many appearances in television series. She appeared in the series “Without a Trace”, in “Judging Amy”, in “ER” and in 6 episodes of the series “Revelations” as Lucy Massey. In 2005, Nikolas won the role of Nicole Bristow in the television series “Zoey 101”. She appeared in 26 episodes and won two times the award “Best Young Ensemble Performance in a TV Series (Comedy or Drama)” at the Young Artist Awards (in 2006 and 2007).

She played the role of Willow in the 2012 comedy-horror movie “Detention of the Dead” and later on, she played the role of Haley for the Golden Globe awarded horror-drama television series “The Walking Dead”. She appeared on the episodes “Hounded (2012)”,“Made to Suffer”(2012)and on the “The Suicide King”(2013). In 2013 Alexa Nikolas appeared on the television series “Mad Men” as Wendy. 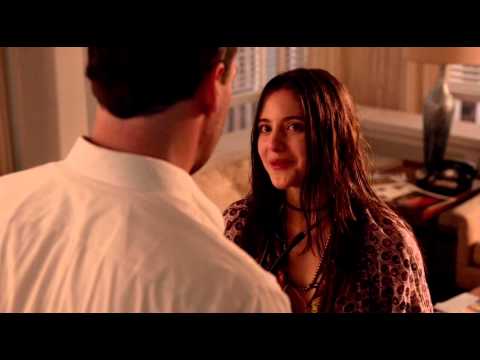