John Philip Stamos is an actor, a musician and a producer. He is widely known for his role as Jesse Katsopolis on the ABC sitcom Full House, he occasionally performs with the Beach Boys band and produces the television series and movies.

He was born on 19 August 1963 in California of the United States. His father, William Stamos, has Greek heritage and his mother, Loretta Phillipshas English-Irish. His family’s surname was originally Stamatopoulos.

Stamos has a long career as an actor. He firstly appeared in the television series “General Hospital” in 1983 as Blackie. The next year he appeared in 12 episodes of the series “Dreams” as Gino Minelli and then, in 1985, made his first movie appearance as the messenger in the 1985 movie “Alice in Wonderland”.

Stamos, in 1987, won the 1st role on the ABC sitcom Full House as Jesse Katsopolis. According to Jeff Franklin, he asked that the character’s last name be Katsopolisto highlight his Greek heritage. The series was a major success and skyrocketed his acting career. The series won 16 awards and another 20 nominations. In 1995, after eight seasons, the series came to an end and J. Stamos had appeared in all 193 episodes.

Apart from the film industry, he is also a successful singer and drummer. In 1988, he appeared in the “The Beach Boys” video “Kokomo”, in which he played both the conga drums and the steel drums and in 1992, he sang lead vocals on a new version of “Forever” for their album “Summer in Paradise”. Since the 1990s, he has regularly performed with The Beach Boys, such as during their summer tours, playing drums and guitar and singing along on some of their hit songs. 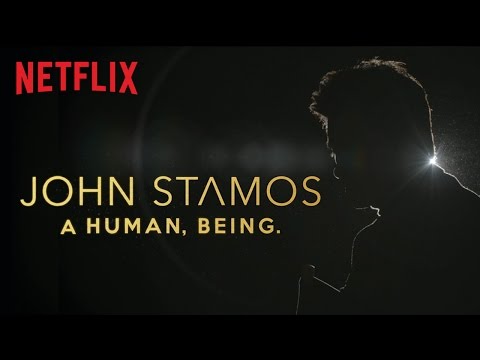