The Greek behind the coolest brand in America

T. Kartsotis was a student of the Texas A&M University when he decided to create watches. In 1984 he created the brand Fossil and started selling cheap fashion watches in Hong Kong. His brother, Kosta Kartsotis, offered his assistance in getting his watches into the department stores. The company name comes from the nickname the brothers had for their father.

Now Fossil, a company that reaches $3.2 billion in sales, makes watches for brands such as Adidas, Emporio Armani, Karl Lagerfeld, Michael Kors, Marc by Marc Jacobs, Burberry, DKNY, Diesel and Armani Exchange.T. Kartsotis remained chief executive until 2000 and chairman until 2010. He still holds a small but undisclosed stake in the company.

Fossil has won the award for the “Most Effective Use of Online Creative” and “Best of Show” for the 6th Annual DFWIMA Excellence in Interactive Marketing in 2006 and has also been voted one of the Top 100 Best Companies to work for in the United Kingdom in 2013 and 2015.

T. Kartsotis founded the brand management firm, Bedrock Manufacturing Co. The firm generally invests in companies based in the United States, with a preference towards the Southwest but has taken equity positions in companies based in South America and Europe. The company specializes in investments in mid venture, late venture, emerging growth, private placements, mezzanine and subordinated debt, buyout, buy-and-build acquisition, and growth capital in small and middle market companies.

In 2011, he founded the company Shinola. Adweek recently called Shinola “the coolest brand in America.” The Washington Post has called it an “innovative giant” in “understanding the consumer zeitgeist.” The New York Times says the brand that has “scored a hipster hat trick, unveiling a brand that married ‘Americana,’ ‘locavore’ and ‘small batch’ at the height of the artisanal era”. Shinola opened the doors of its flagship store in New York’s Tribeca neighborhood in July. The Shinola product line consists of an unlikely paring of high quality watches, bicycles and leather goods, many of which are made or assembled in Detroit of the United States.

After buying more than a dozen Shinola watches last year, Bill Clinton said in a speech, “We need more American success stories like Shinola in Detroit.”

In 2012, Bedrock added Filson to its portfolio. Founded in 1897 and based in Seattle, the brand continues to hand-make all its designs, from outdoor wear to leather bags, in the United States.

In a few years, watches and bikes may be only a slice of the pie. “Who knows what else we’ll get into,” he tells the Times. “We’re always looking for nooks and crannies.”

Rather than treating workers as a disposable means to create profit for a company, he thinks of profit as a means to put people to work. 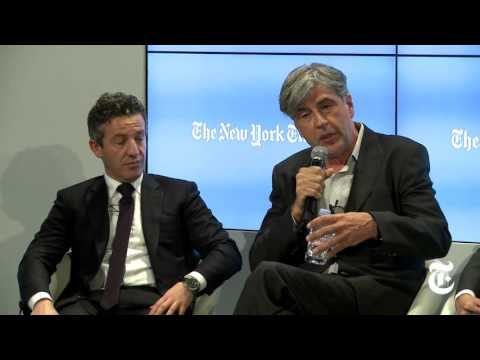