Ioannis Pavlidis is an Eckhard-Professor of Computer Science at the University of Houston and Director of the Computational Physiology Laboratory. He is mostly known for one of his latest researches in which he collaborated with the Texas A&M University Transportation Institute, and found out that something like a “sixth sense” keeps us aware of what we are doing while driving. This sense keeps us aware even if we are talking to a passenger or if we are upset about something, but this doesn’t seem to apply when texting during driving.

“Our eyes have to be on the road to drive safely, and texting disrupts the focus or “breaks the loop”, says Ioannis Pavlidis.

Whether one is driving, peeling a fruit or performing a surgery, even when he is distracted by something, there is an automatic mechanism that protects the person and guides him in a way of doing it right, according to Professor Pavlidis. But this mechanism sometimes fails to do so. And that’s where Professor Pavlidis’ research comes in, who studies the Physiological basis of human behavior. I consider the most important accomplishment in my career the development of a new discipline, “Computational Psycho-Physiology”, says Pavlidis.

In a persistent effort that started in 1999 and continues today, his research has transformed established practices of measuring physiological variables. Through his research, he tries to find ways to narrow down the human error in behaviors such as driving or flying an airplane. In his opinion, both men and machines can error, and that’s why our skills play a vital role.

“My research has been made possible through the award of a series of highly competitive NSF and DOD grants the last 10 years, totaling over $8 M. The social implications of my work are reflected in the press (from CNN to Discovery Channel) that it received over time. I deem as my most important quality, my ability to innovate. Most of my main articles are paradigm shifts and for this reason they typically appear in highly selective journals and conference proceedings”, says Pavlidis.

“I consider the most meritorious element of my record, the recognition I received across several disciplines. Testaments to this are my publications in major general science (Nature and Scientific Reports), medical (NEJM, Lancet, SLEEP), and computer science journals (IEEE PAMI, IJCV). There are few scientists in general, and even fewer computer scientists in particular, who were able to achieve something similar. It is difficult enough for someone to distinguish himself/herself in a specific area, let alone in other areas, as distinct as the ones I traversed”, he adds.

Read more about his last research 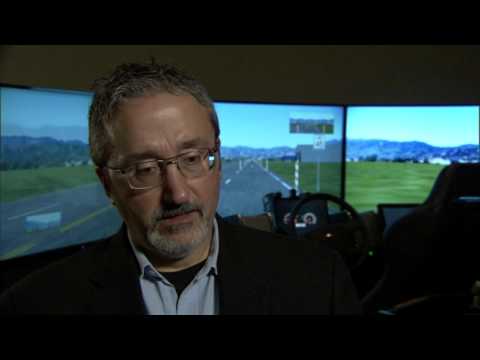