Aims in finding the cure for Alzheimer’s disease

Nikolaos Tezapsidis is the founder and Chairman of Neurotez, a private corporation whose primary goal is the research on Alzheimer’s disease and the development of a Leptin product as a novel hormone replacement therapy for Alzheimer’s disease. Having held several positions at a number of prominent academic institutions, Dr. Tezapsidis has more than 18 years of international biomedical research experience

Dr. Tezapsidis received a Bachelor of Science in Chemistry from the Aristotle University of Thessaloniki and continued his studies in Philosophy in Biochemistry at the University of Sussex.

“Our mission is to become world leaders in biotechnology, utilizing an integrated platform from discovery to proof of concept clinical trials for CNS drugs that are both safe and efficacious. We are dedicated to excellence, improving lives and serving the public responsibly”.

Prior to forming Neurotez, Dr. Tezapsidis served as a scientific consultant to biotechnology investors, having held several positions at a number of prominent academic institutions for over 18 years.

He also held faculty positions at New York University Medical School. From 2001 to 2004, he led a research group at Columbia University.

Among his career honors he received two awards from the Alzheimer’s Association of the United States of America. 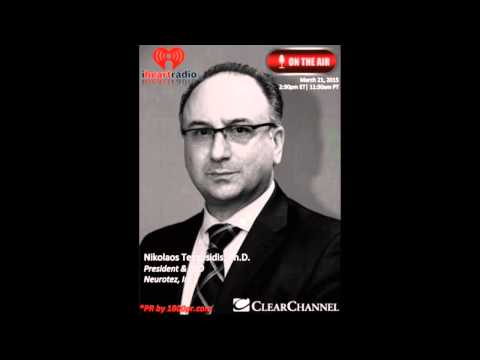