The founder of the electric bicycle company Riide

Jeff Stefanis is the co-founder and CEO of Riide. He is also one of the designers of the company’s electic bike. The electric bike, Riide, is specifically designed for “city-proud” millennials. Forbes magazine published the list “30 under 30″ for 2016 and included him in the 27th place in the category Manufacturing-industry.

Stefanis saw electric bikes for the first time on a business trip in China. When he returned to Washington DC, he started to explore e-bikes as a solution to avoid traffic. Along the way, he met Amber Wason and they both loved e-bikes. Together, they started exploring the US market and found that no current player was designing a light weight, affordable or aesthetically-pleasing bike.

“I didn’t see something at an affordable price that people would be proud to ride,” Stefanis said.

They raised their initial funding from family and friends and by receiving a DC Innovation Grant and they founded the company Riide in October of 2012.

“Before we even went forward with Kickstart, we spent 18 months researching and finding out what would make the best e-bike,” he explained.

Riide is an electric bicycle company based out of the Union Market District. All bicycle parts are manufactured in different countries, but the design and assembly happen in Washington, D.C. With Riide bikes, users can ride up to 20 miles per hour without pedalling to increase speed. Each bike has no gears, weighs 35 pounds and the battery, which takes about 2 hours to charge, will last about 25 miles.

Stefanis admitted that he and partner Wason are still slightly amazed at their own success.

“We are a little baffled that no one else had come up with these ideas. We ended up teaching ourselves a lot of physics and bike mechanics and in the end, yes, we designed it ourselves,” he said. 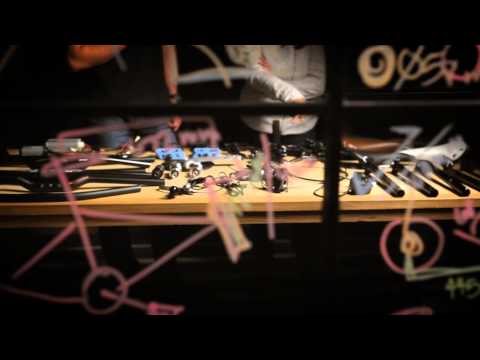