Micael Kiriakos Delaoglou, mostly known by his stage name, Mikkey Dee was the former drummer for King Diamond and Don Dokken and the current drummer of hard rock band Motörhead. He has been a member of Motörhead for 23 years, making him the third longest serving band member.

Mikkey Dee was born on 31 October 1963 in Gothenburg, Sweden. His father was of half-Greek decent. Dee was drawn into music from an early age and began his musical career with local bands Nadir and Geisha.

Dee moved to Copenhagen to play with the band Geisha. He found it tough as they were in a different country with not enough money some days to afford a proper meal. But as he states, these were fun times.

In 1985, he went for an audition for King Diamond and succeeded getting the job. That move, was a turning point to his career as things became more serious with the releases of albums and tours they had to do. He managed to stabilize his career as a drummer and saw this band as an opportunity. In 1989, after the release of the “Conspiracy” album, Dee decided to leave the band, as he felt he was becoming more of a back-up musician, rather than an equal contributing songwriter. By that time, Dee had played with King Diamond “Fatal Portrait” in 1986, “Abigail” in 1987 and “THEM” in 1988.

In 1990, Don Dokken was searching for a drummer to complete his album “Up from the Ashes”. From 120 drummers in an audition at Los Angeles, Mikkey Dee was chosen. For him it was a fantastic experience and proved to be a very significant stepping stone to his drumming career. The band headlined their own tour, as well as opened for Judas Priest. During this time, Dee also filled in a short time playing for World War Three (WWIII).

Ian Fraser “Lemmy” Kilmister, principal songwriter and the founding and sole constant member of the heavy metal band Motörhead, had been repeatedly asking him to join Motörhead since 1985, and in 1992, when asked once again, Dee accepted the offer replacing Phil “Philthy Animal” Taylor.

That decision was one of his toughest decisions of his life. The reputation the band had at that time and the fact that the fans were the most die-hard, meant that there was a huge expectation for him to be the right choice. At start people were complaining about he was no match of the previous drummer but after he started playing with the band, the fans started to change their tune till they loved him.

In April 2006 King Diamond reunited with his old friend Mikkey Dee at a sold-out concert at Kåren in Gothenburg, Sweden. In 2001 King referred to Dee as “one of the best drummers of all time and that’s something that has bothered us since he left.”

Till 2015, Mikkey Dee and Motörhead have published 11 albums and are known throughout the world. 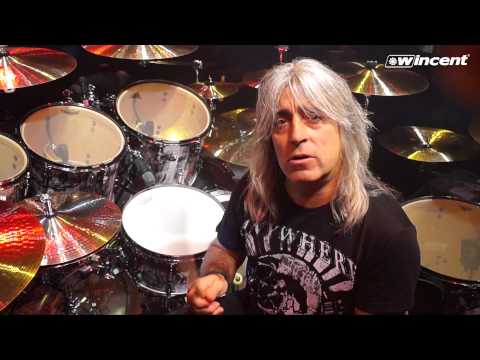