Nikos graduated from MIT with honors (TBP, HKN) with an undergrad and Masters degree in Electrical Engineering and Computer Science and a minor in Mathematics. He then did post-graduate studies at NYU’s Courant Institute. He has done research at MIT’s Media Lab and Computer Science and Artificial Intelligence laboratories and companies like Nokia and Sun Microsystems. He has published his research in prestigious conferences. He also gained practical experience on the applications of science and technology by being involved with multiple high-tech start-up companies over the years. He lives in Williamsburg, Brooklyn with his wife and their two sons.

He desinged a game called “How to train your robot” and through that game he gives children a robot dictionary, and tells them that by using the commands in the dictionary, they can control robots. Then he “turns” their moms and dads into “robots”, and tells the children that they can control their parents. “And let me tell you, kids do love controlling their parents”, says Nikos*. “In this way, apart from the “fun” factor, we have a full fledges programming environment”.

In Nikos’ point of view, the stories and games teach kids concepts about programming, artificial intelligence, nanotechnology, computer design in the same fun and engaging way as “grandma’s storytelling time” when we were kids.

“When I was a child my whole world was our backyard where we played games of  soccer and ended up with scratched knees. And I would hear the story of The Tortoise and the Hare and The Three Little Pigs. Through stories and games is how I learned the virtues of patience and how to make friends and collaborate with them.” But for my child the world is completely different. With the push of a button he can talk to his grandmother over video from the other side of the world and watch movies not in three but in four dimensions. And technology will continue to rapidly change his world day by day. And yet, our kids today are not ready to understand what technology means. It’s time for new and more advanced stories and new and advanced games.”, says Nikos in his Tedx Academy talk in 2014. 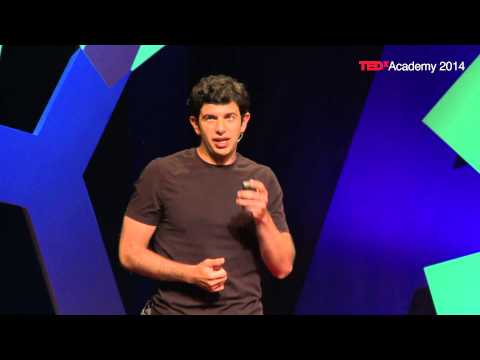