Andrea Konstantina Tantaros, formally known as Andrea Tantaros, was a rising star at Fox News, a political analyst and co-host of the popular show The Five, until 2016 when she left after suing them for sexual harassment.

Andrea Tantaros was born on 30 December 1978 in Allentown, Pennsylvania. She is of an immigrant Greek family that she considers herself lucky to be a part of. As a teenager, she was working as a waitress at her family’s restaurant named the «Pied Piper Diner».

The famous journalist was rotating as a co-host on The Five and Outnumbered on Fox News Channel, she also appeared regularly on the Fox Business Channel and wrote a weekly column for the New York Daily News and Newsmax. Tantaros joined the network as a contributor in 2010.

On Outnumbered, Tantaros is part of an ensemble featuring four female panelists and one rotating male that tackles top headlines from all angles and perspectives.

She has also served as host of the national radio talk show “The Andrea Tantaros Show” from 2012-2013, along with writing a syndicated column for the NY Daily News.

Throughout her career, the journalist has served in senior communications roles on a number of high-profile political campaigns, including communications director for former Massachusetts Governor Bill Weld where she led the media operation against former New York Attorney General Eliot Spitzer.

On Capitol Hill, Tantaros served as press secretary to Republican leadership in the U.S. House of Representatives where she was responsible for helping craft and execute the media strategy for the Republican majority.

Additionally, Tantaros served as a vice president at a public affairs firm in Manhattan where she advised Fortune 500 corporations on crisis management and media strategy and contributed to CNN’s Crossfire.

She has appeared on CNBC and MSNBC. 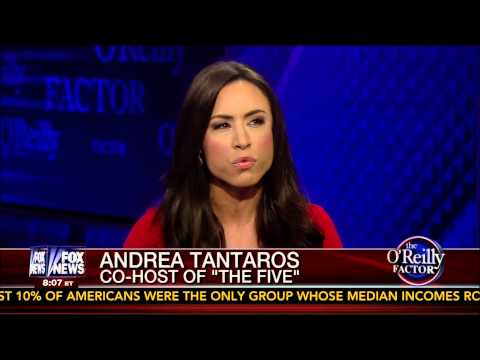