The Greek villages in the main country are ideal destinations for brief get away in autumn. These beautiful scenic villages will make your trip worthwhile. 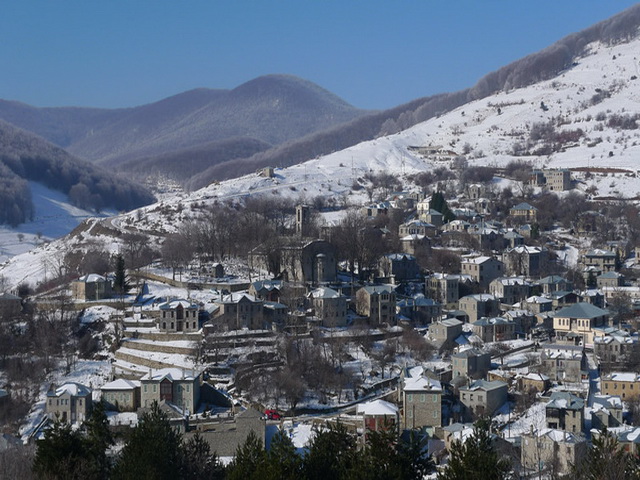 Nympheo is in a distance of 65 km from Kozani, 65 km from Kastoria, 50 kilometers from Florina, 45 km from Ptolemais, 20 km from Amyntaio and 72 km from the ski resort of Vigla. Nympheo region is a typical habitat of bears and other large animal species such as otters, nanyreps, wolves, hares, etc. It is often voted among the 10 most beautiful villages in Europe. 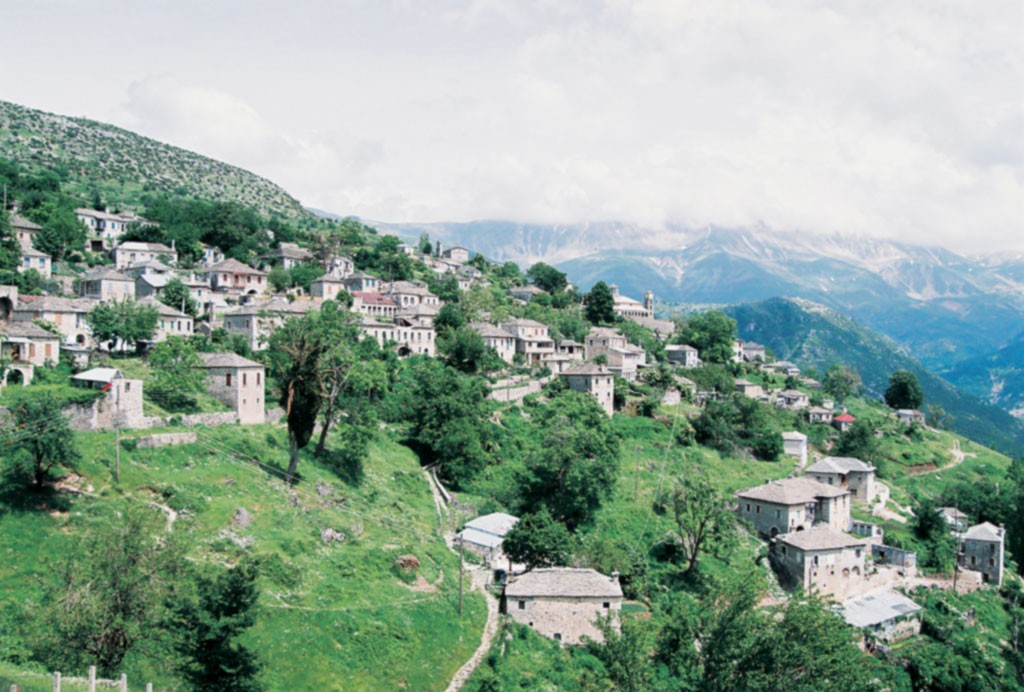 Kalarites is a Village in Ioannina in the Epirus Region of Greece, at an altitude of 1200 meters. It is also a Listed traditional settlement, a Community administration center and a Bridge.

Dimitsana is built on a mountain slope at an elevation of 950 m. It is a stone-built village with remarkable mansions, most of which are now restored. It’s a typical sample of Gortynia’s architcture and it is registered as a traditional one. The statue of Patriarch Gregory V dominates in the central square and also the family houses of both him and Germanos III of Old Patras can be seen. Dimitsana‘s Library contains today about 35.000 books, manuscripts and documents. 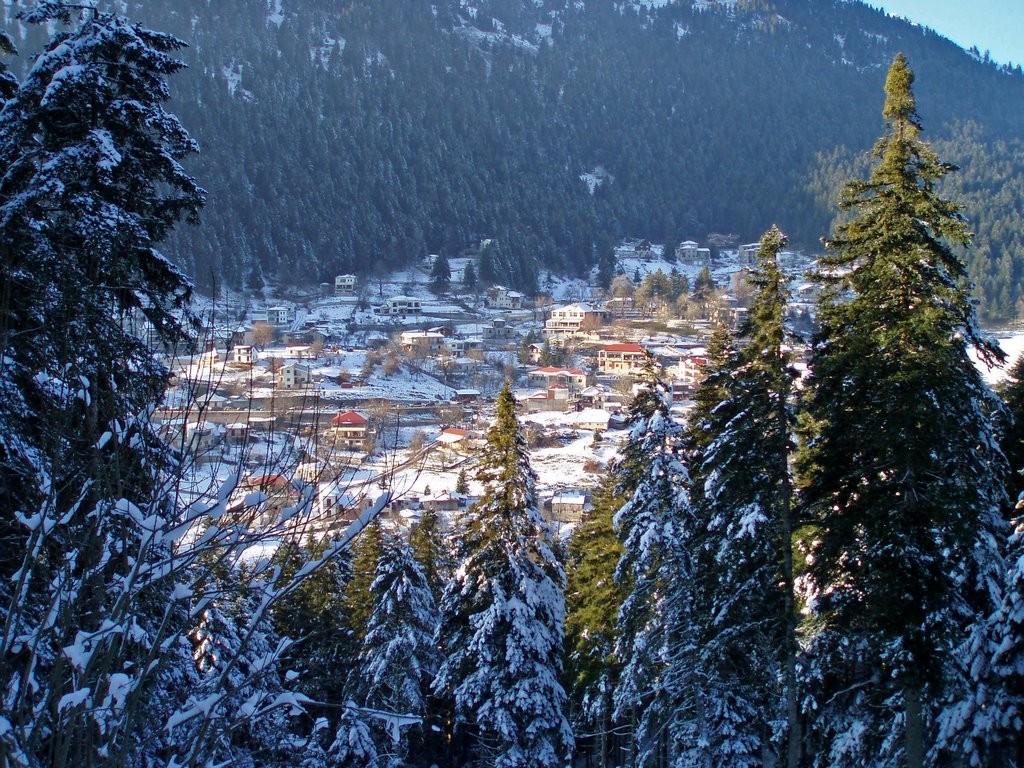 Mountain Kerketio or Koziakas as you have already heard is located close to Pertouli at an altitude of 1170 meters and up to 1370 meters. The circuit strength reaches 4740 meters and has no markings. The ski center is situated between Elati and Pertouli villages. The slopes of Pertouli Ski Center are suitable for experienced and inexperienced skiers. It has two chalets, one at the base and one at the top of the two lifts at Ski Resort. 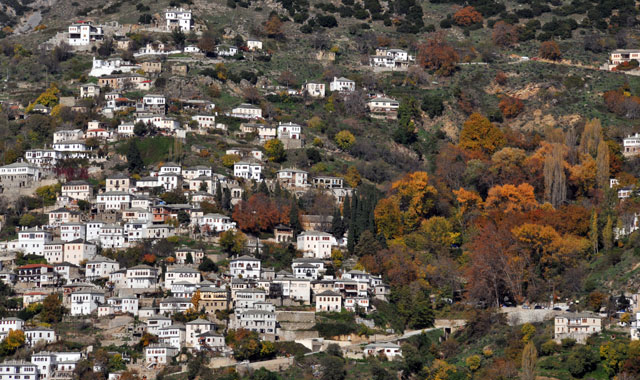 Makrinitsa is one of the most popular destinations in Pelion.The lush vegetation, the preservation of traditional Pelion architecture, the panoramic view towards Pagasetic gulf and Volos and the many sights, explain its popularity. It is often described as Pelion’s balcony.

Kaloni Grevenon is traditional mountain village built at an altitude of 1080 meters. The specialization of craftsmen (koudarites) in the stone gives the village a typical architectural “color”. The houses are all traditionally and stone made, and the streets of the village are paved. 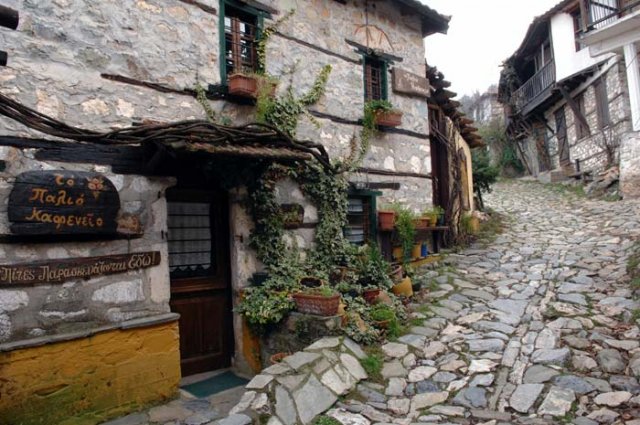 It is a mountain village of the former municipality of East Olympos, which is part of the municipality of Dio-Olympos, in the Pieria regional unit, Central Macedonia, Greece. Τhe view of the Thermaikos Gulf from the area, is unique. The path to the village and the surrounding area is rich of fauna of the lower Mount Olympus, with forest of chestnut, oak and arbutus. 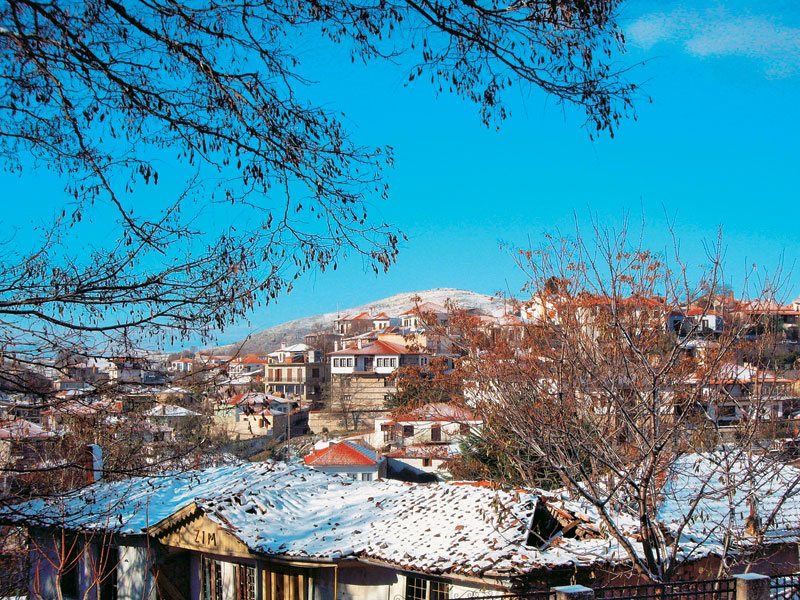 Paved roads crossing the neighborhoods dominated by the magnificent home of wealthy merchants and wine makers of the 18th and 19th century. Typical examples of architecture of the 18th century in Siatista are the mansions built by errant guilds (guilds) Epirotes and Macedonian craftsmen. Thirty of them are still standing. 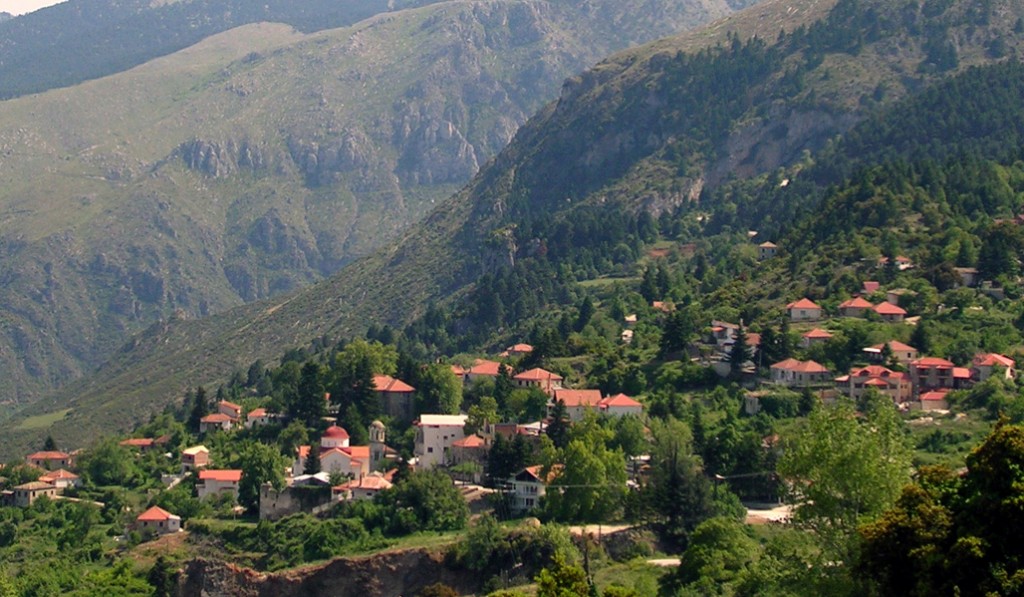 Three beautiful villages perched on the northeastern slopes of Ziria, at 1,000 m. altitude. The Upper, Middle and Lower Trikala Corinthia, are a favorite destination of excursionists. The attractions are various. Starting from Kato Trikala, the visitor can see the impressive temple of Ag. Dimitrios, he can continue with a visit to the monastery of Panagia, built around 1700 by the bishop of Corinth Gregory Notaras. 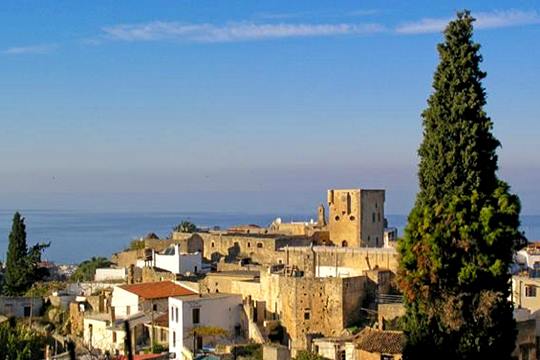 Maroulas is a quiet village situated on the heights above Rethymno, facing the sea at an altitude of 150 metres and surrounded by greenery, a spring and several valleys. In 1980, Maroulas was listed for its historical monuments but also for some of its houses including Villa Maroulas, best option for your stay here.

*Send us your suggestions and photographs for your favorite autumn destination either as a comment or at info@ellines.com