Olive oil is one of the most characteristic products of the Mediterranean, synonymous with health and well-being. Modern medicine has recognized in olive oil almost “magical” properties, being one of the body’s most important shields. The well-being, longevity and durability of people who eat olive oil are now a scientifically recognized fact.

Peloponnesian olive oil has a centuries-old history. It was the nutritional basis of the Mycenaean civilization, revealed by excavations at the palace of Nestor at Pano Engliano. Historians accept that during the Classical and Hellenistic period, the production of oil in Peloponnese greatly increased. During the 10th century AD we see from historical sources a steady and considerable increase in olive cultivation and oil production in Peloponnese.

From the 11th century onwards, with the growth of Italian naval supremacy, Koroni and Methoni became the ports from which Italian traders exported to the West amounts of olive oil, then considered significant. In the 12th century (1191), the English traveller, Abbot Benedict of Peterborough mentions that around Koroni “there were so many olive trees that in my opinion in no other part of the world is there such a profusion of oil”. The most recent attempt at locating and classifying the varieties was made by FAO (1998), which categorized 538 varieties of oil-producing and table olives, with 1,300 synonyms.

The ancient varieties that grow in the Region of Peloponnese are as follows:

Each of these varieties, and in combination with soil composition, the particular microclimate in each area and specialized growing practices, produces olive oil with a different density, an abundance of aromas, flavours and colour proportions that vary from light yellow to dark green. Despite this huge variety, all Peloponnesian olive oils can be distinguished by their purity and unsurpassed nutritional value.

The wonderful olive tree, whose silvery leaves shine in the sunlight, constitutes the archetypal image of Peloponnese. The olive tree has been linked to local tradition, legends and myths in the region. Olive oil and the olive were, and indeed still are, the basis of Peloponnesian cuisine, as well as of worship and customs.

The Region of Peloponnese, to which most of the areas producing PDO and PGI olive oil belong, pursues high-powered strategies for supporting oil producers, as well as for promoting this exceptional product, olive oil, which is truly a nutritional treasure.

The power of Peloponnesian olive oil

Whilst the biological and nutritional value of olive oil outweighs that of other vegetable oils, their calorific value is the same. In addition, whilst in the past it was believed that olive oil was not suitable for use when heated, in other words for frying, it has now been proved that it also excels in this field against other cooking oils, as it is extremely resistant to high heat load. The nutritional value of olive oil and olives is indisputable, as they contain nutrients invaluable for the human body, such as vitamins, trace elements, vegetable fibre, minerals and monounsaturated fatty acids.

It is no coincidence that the Hippocratic Code mentions over sixty pharmaceutical uses for olive oil. It is a product that protects against tuberculosis, rheumatism, it helps wounds to heal, reduces bad LDL cholesterol and increases the good HDL, while it shields against cancer and ageing. Among other things, olive oil ensures the development of the central nervous system and the normal growth of children. It is absorbed by the human body to an extent considered ideal.

It is worth pointing out that lycopene, found in tomatoes, broad beans and other vegetables and beneficial for our health, can be absorbed by the body and reach the liver only in the presence of olive oil.

The quality of olive oil is affected by its formation in the fruit up to the stage of consumption, and depends on the variety, the soil and the microclimate in the area, factors in which Peloponnese clearly excels. Thus the aroma and flavour of Peloponnesian olive oil, the trace elements, antioxidants and other substances, are in quantities suitable for the human body.

Edible Kalamata olive PDO: the most famous olive in the world

Usually Kalamata olives are at the top of the list of products that travellers visiting Greece definitely want to take back home. They are one of the most recognizable Greek products. Kalamata olives have received the PDO distinction, in recognition of their particular nutritional value.

Kalamata olives PDO are the olives from the variety “Kalamata Olive” or “Kalamon”, otherwise known as “Nychati Kalamon” (scientific name: Olea europaea var. ceraticarpa), which must be exclusively grown in those areas of Messinia characterized by a mild winter and cool summer, in flat or sloping fields, in loamy to stony soils.

Irrevocable quality criteria are collection by hand (the ancient way of collecting olives known as malgoma) and full maturation, when the colour of the fruit is black. The fruit must be healthy, unharmed by olive fruit flies and residue from other foreign bodies.

Debittering and relative fermentation are carried out by soaking the olives in brine (5-8% salt) for at least two months.

After 2 months, the olives are taken out of the brine and (after being split if they are destined for the production of split olives) they are placed in clean water for 24 hours for rinsing and slight oxidation. This is followed by packaging in commercial containers which are filled with new brine (6-8% salt). Lastly 40-60 grams of oil are added to each container, to seal off the olives from the air.

Kalamata olives, due to their consistency of texture, colour and generally all their organoleptic properties are the world leader on the quality scale in the category of black olives, naturally or artificially matured, split or unsplit. Kalamata olives are internationally recognized as literally the queen of all edible olives. 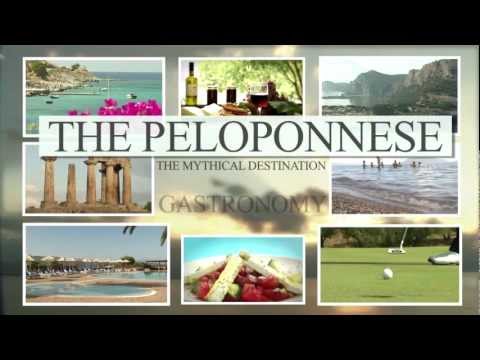