Nikos Kazantzakis was born on February 18th, 1883, and was one of the most influential Greek writers.

His works became known globally after their onscreen adaptation, like Zorba the Greek, The Last Temptation of Christ and Christ Recrucified and he holds the honour of being the most translated Greek author.

He was born in the town Heraklion on the island of Crete. He studied Law and received his masters in Paris. In 1910, he relocated to Athens and one year later he got married to Galatia Alexiou, going against his father’s wish.

In 1912, he enrolled in the army to serve Greece during the First Balkan War, assigned to Prime Minister Venizelos’ private office. In 1914, a new friend came into his life, Aggelos Sikelianos, inspiring him to open a new chapter of spiritual quest.

In 1919, Prime Minister Venizelos appointed him Director General of the Ministry of Welfare on a mission to repatriate Greek citizens from the Caucasus. The pursuit of this mission inspired him to write Christ Recrucified. However, the later defeat of Venizelos and his friend Ion Dragoumis’s assassination forced him to leave Greece.

During the next years, from 1923 until 1926, Kazantzakis traveled to the Soviet Union, Palestine, Cyprus and Spain and interviewed prestigious personalities, like Primo de Riviera and Benito Mussolini.

In 1924, he was sentenced to prison, being accused of spiritually leading a communist organization of disappointed refugees.

In 1926, Kazantzakis and Galateia divorced and he got married again to Eleni Samiou in 1945, after 21 years of intimate relationship.

In May 1927, he withdrew to Egina to finish writing The Odyssey.

In 1930, he was accused and prosecuted for atheism in his work Ascesis: The Saviors of God. The trial’s date was set for June 10th, but never took place. In 1931, he returned to Aegina, assigned to author a French Greek dictionary and also to translate the Divine Comedy of Dante.

In 1935, he traveled to Japan and China to enrich his travelling texts. In 1938, he finished The Odyssey, an epic poem following the pattern of Homer’s Odyssey.

During the years of Occupation, he withdrew to Aegina, where he worked on translating Iliad together with Ioannis Kakridis.

In 1943, he finished authoring his novel Zorba the Greek.

When Germans left Greece, Kazantzakis was named Chairman of the Socialist Labour Movement and also served as a minister of Sofouli’s administration in 1945 for 3 months.

In March 1945, he made an effort to receive a position in the Academy of Athens, but missed the opportunity for 2 votes.

He was nominated 3 times for the Nobel Prize, in 1946 by the Society of Greek Writers and twice by the Norwegian Writers’ Union in 1952 and 1953.

In 1946, he worked for UNESCO, on a mission to promote translated classical literary works to bridge cultures, before resigning in 1948 to focus on his own literary work. He settled in Antibes, France, and devoted himself to writing the major part of his prose.

In 1951, he faced health issues, missing one eye and being often hospitalized at the University Hospital of Freiburg to receive frequent treatments against benign lymphoid leukemia.

After relocating to Greece from Antibes, the Greek Orthodox Church went after him before excommunicating him over blasphemy for several excerpts of Captain Michael and Last Temptation, still not published in Greece at that time.

In a 1954 letter, the Holly Synod asked the Greek Government to ban the publication of Kazantzakis’s books in Greece. Eventually, the Greek Orthodox Church did not go through with the aphorism of Nikos Kazantzakis, thanks to the disagreement of ecumenical patriarch Athinagoras.

Kazantzakis’s Zorba the Greek was published in Paris in 1947 and was later honoured with the Best Foreign Book Award of the Year after its second edition in 1954.

In 1955, the writer together with Kakridis paid the expenses of the publication of the translation of Iliad and during the same year Last Temptation was eventually published in Greece. Next year, he was awarded the Peace Prize in Vienna by the majority of Socialist Countries.

During June 1957, he traveled to China, as a guest of the Chinese administration. Unfortunately, he got infected during this last trip and stricken by the Asian flu and eventually died on October 26th, 1957, in Freiburg.

Eleni Kazantzaki asked the Greek Church to make the author’s remains accessible to public pilgrimage but her request was rejected by the Archbishop of Athens and Greece Theoklitos. Kazantzakis’s burial took place at the Martinego bastion on the Venetian fortification after his proper burial in a cemetery was ruled out.

– He was nominated three times for the Nobel Prize.

– He did not succeed in being elected to the Academy of Athens.

– Onassis offered to transport Kazantzakis’s remains on an Olympic Airways aircraft, but it proved to be impossible to achieve.

– Originally, The Odyssey was written in 42.000 verses, but later Kazantzakis cut down the verses to 33.333 in 24 rhapsodies, as he considered 3 to be a lucky number. 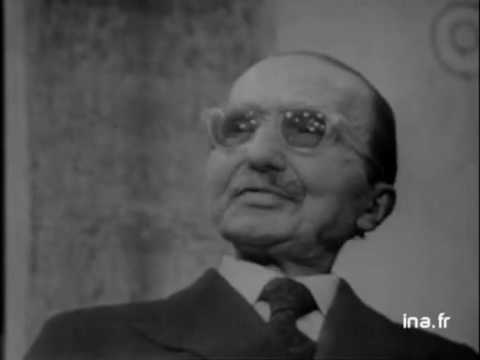 – «There is only one woman in the world. One woman, with many faces»

– «Every perfect traveler always creates the country where he travels»

– «In order to succeed, we must first believe that we can»

– «My entire soul is a cry, and all my work is a commentary on that cry»