The pioneer researcher who saved millions of women

Georgios Papanikolaou, the son of the Kymi based doctor Nikolaos Papanikolaou and later Mayor and Deputy of Evia and Karystia, demonstrated his aptitude for science since his early age. After concluding his high school studies, he enrolled in the Medicine School of the University of Athens in 1898 and received his bachelor in 1904 at the age of 21. In his free time, he liked to learn foreign languages and play the violin. After his graduation, he returned to Kymi, but decided to study philosophy and biology rather than work as a doctor.

Spending the family’s savings, his father sent him too Germany in 1907, where Georgios got higher education. Even then, he never quit philosophy and later moved to the formation of a group of socialists. In one of his articles in the Athenian magazine The Noumas, he announced his decision to devote his life to biological research, writing in a letter to his family that, “I quit being a dreamer. Science snatched me up from Nietzsche’s arms. I stand on solid ground”.

After returning to Greece in 1910, he got married to Andromachi Mavroyenis and after realizing that the ground was not fertile for his scientific research, he left for Europe and eventually worked for the Oceanographic Institute of Monaco, participating in the Oceanographic Exploration Team of the Prince Albert I of Monaco.  After the end of the Balkan Wars, he migrated to the United States together with his wife. After overcoming the first hurdles, he was appointed in an assistant position in the Department of Pathology of New York Hospital. His career developed rapidly and he later worked with Weill Medical College of Cornell University from 1914 until 1961, receiving all the titles of academic hierarchy without teaching duties, in order to focus on his research.

While in Germany, he had experimentally studied the vaginal smear on guinea pigs with promising results, urging Greek Prime Minister Eleftherios Venizelos to offer him the opportunity to return to Greece and being named Professor of the Zoology Faculty at the University of Athens, an unfinished plan due to the later election defeat of Eleftherios Venizelos. Dr. Papanikolaou’s revolutionary method for detecting uterine cancer was widely known by the medical abbreviations Pap Smear and Pap Test. At the age of 78, Papanikolaou relocated to Miami from New York and was appointed Manager of the local Cancer Research Institute, but he unfortunately missed its opening due to his decease. In the entrance of the Institute, later renamed to Papanicolaou Cancer Research Institute, a commemorative plaque honours the man who made the gift of life to millions of women around the world. After his decease, the international academic community admitted the injustice towards Papanikolaou for not having received the Medicine Nobel Prize for his revolutionary discovery, despite of being proposed by tens of Greek and foreign researchers.

Of great importance is also his authoring work, like the Atlas of Exfoliative Cytology, established as the foundations of cytopathology and medical bibliography until recently. 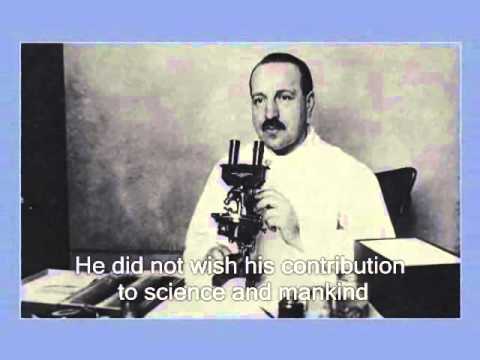 – He was the first to receive the Athens Academy Highest Honour. After his decease, he also received the United Nations Organization Award.

– After the end of the Balkan Wars, he migrated to the United States together with his wife. Due to financial hardship, he worked in a carpet store while his wife sewed buttons for only $5 a week.

– At the time of Papanikolaou family’s first son birth, tradition dictated that he should follow the professional footsteps of his father. However, Georgios’s older brother studied law, motivating him to follow medicine.
Greece honoured Papanikolaou printing his face on 10,000 drachmas banknotes and collectable post stamps in 1973 and 1983. Post stamps honouring Georgios Papanikolaou were also printed in Cyprus and in the United States.

– Georgios Papanikolaou’s busts are honouring his memory in the forecourt of the Medicine School of Kapodistrian University of Athens, the Cancer Treatment Hospital Agios Savvas and the Hospitals of Kymi and Thessaloniki. Moreover, the high bridge of Chalkida bears his name and houses his statue.

– He’s acknowledged as a major benefactor of mankind thanks to his Pap Test discovery.

An address to his parents: “My aspiration is rather to work, take action, create like a virtuous and strong man than make money and live a happy life.”