The prophet and visionary of the Internet

Born in November 5th , 1936 in Athens, Michael Dertouzos felt the cruelty of war, hunger and misery, being the family’s head, as named by his father Leonidas, a naval officer from Andros, who was often away from home on a duty mission either to the Mediterranean or the Aegean Sea.

Michael was raised as an only child during harsh times in Greece, when mere survival was the family’s primary care. However, he was financially supported by his parents and studied at the Athens College, a challenging school, hard to get into and even harder to graduate. Although he was an average student during the first years in school, he owed his later success to his inspiring mathematics tutor, as Dertouzos has claimed in an interview.

He successfully graduated the Athens College in 1954 and relocated to the United States to attend the Electrical Engineering School of the University of Arkansas on a Fulbright Foundation Scholarship. He received his Bachelor 3 years later and prepared for his masters, a landmark for his forthcoming academic career. He received his Ph.D. from MIT in 1964 and later joined the MIT faculty.

From 1973 until his decease in August, 2001, Michael Dertouzos served as Professor of Electrical Engineering and Computer Science at the EECS Faculty of MIT and in 1974, he was named Director of Multiple Access Computer Program (MAC), already running in the Institute.  One of his preoccupations as a Director was to rename the program to Laboratory for Computer Science, as Project MAC sounded more like a hamburger than a laboratory, as he admitted in one of his few interviews.

During the Jimmy Carter Presidency, Dertouzos worked on redesigning the White House Information Systems and represented the U.S. on technology issues in the G7 Conference of 1995. For his work in Greece, he has been honoured by the Hellenic Republic as Commander of Greece’s Legion of Honor.

Michael Dertouzos lived his entire life in Massachusetts until August 27th, 2001, when the international scientific community bade him farewell as one of the major contributors to technology and the development of the World Wide Web.

Dertouzos has envisioned the Internet with a human character and has been encountered as a prophet, being the first to describe the need for human friendly technology, an idea being strongly related to the concepts of semantic web and smart search. He’s acknowledged as the father of the tablet concept, an apparatus currently promoting his passionate idea for easy human-computer interaction. 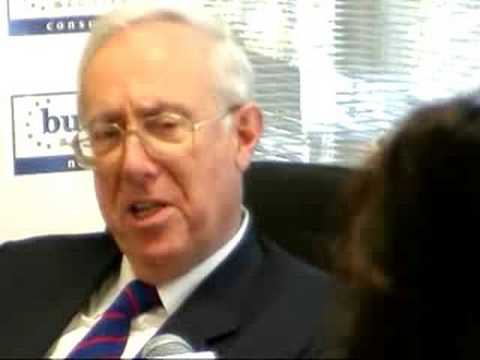