The lyricist who passionately “changed” the folk song

Eftychia Papayannopoulou was the first female lyricist in Greece, a strong personality who, through her songs, sealed all the modern history of the country. She sold her lyrics so that she could live and play cards, in her songs one could discover every aspect of her dynamic character and the sensitivity of an intelligent woman.

She was born in Aydin, Asia Minor in 1893, and spent her childhood there. At an early age, she lost her father, something that she said stuck and changed her whole life. He thought that from that moment on, Zurlia was caught, selling and buying things, a typical example was that he sold his stall in the church. In June 1919, the Turks and the Chetas invaded Aydin, plundering it and leaving the inhabitants in a miserable state. Happiness along with her mother and her two children left by train to Smyrna, but on the way they found that they were going to A , making her realize that she had to say goodbye to her home forever. After some time in the refugee centers of the time, they managed to leave by boat for Greece and the island of Leros. Some time later they were in Athens where they also met her husband Eftychia Papayannopoulou where she had arrived from Smyrna. The first house she lived in Greece was in Chalandri, a relative’s house, trying to collect her pieces. 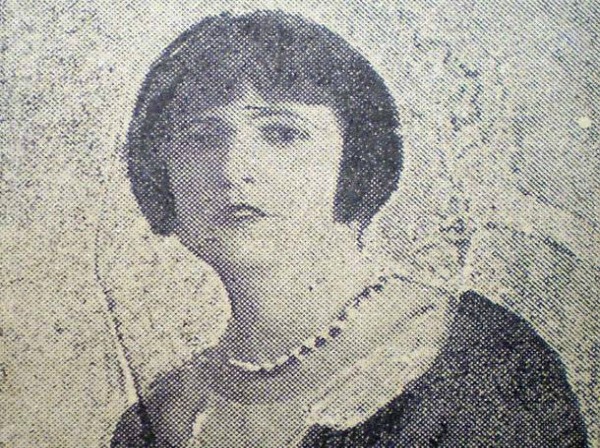 A few years after her arrival in Greece, she decided to become an actress, a profession for those years quite difficult for a woman, yet Happiness through her acquaintances in the art world was able to establish herself in the lyric and use these contacts to her advantage. . During those years, she met a colleague of hers, Alexiou, who fell in love with him and separated from her first husband. With him they toured with theatrical companies.

But the big capital in her personal life was not Alexiou but George Papayannopoulos, the man who was with her until the end of his life. Their common concerns about Art, even though Papayannopoulos was a police officer in the profession, brought them closer. In 1956 her husband died leaving Happiness alone with her two daughters. 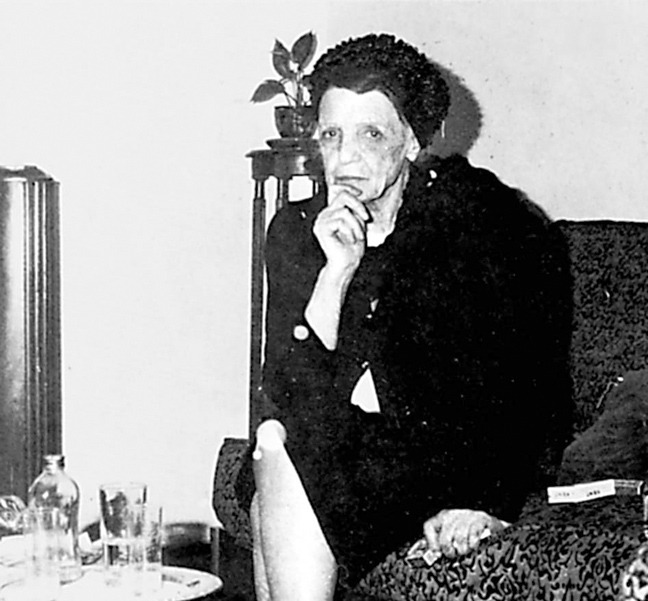 One of the most important acquaintances of her life was with Tsitsanis. The lyricist first met the singer Marika Ninou, a duo and a composer who immediately distinguished Happiness’s talent. At the same time Tsitsanis discovered her effortless and pure speech of the then new lyricist. At first, Happiness Papayannopoulou was hesitant to deal with lyric, considering herself a poet, but Vasilis Tsitsanis managed to convince her to help her find the way to expression through songs. Her lyrics were a cornerstone of folk music, with “For a Woman I Lost” being her first song composed by Vassilis Tsitsanis, her “teacher in the lyrics”, as she called it. On his own order, he had written the lyrics for the well-known song “Ta kavourakia“, which later became the reason for the relationship to break apart when she thought of claiming the lyrics’ paternity and he reacted by saying that the final successful form the song is due to her and that she just gave a draft at the beginning.

Her collaboration with Tsitsanis brought with her all the popular composers of the time, such as Chiotis, the Municipality of Moutsis Kazantzidis, Apostolos Kaldaras and more. 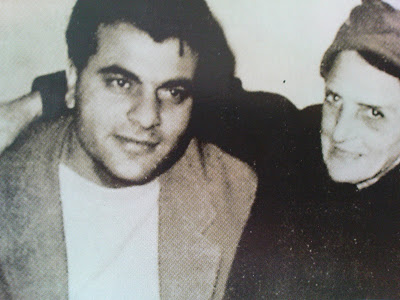 Card Games and the Great Loss

In 1960, Eftychia Papayannopoulou lost her daughter and since then everything has changed, this loss has led her even closer to her passions and no limit to card games. Two years earlier, one could even claim that he had written the prophetic song “Two Doors has Life” about which the great master of lyrics said: “In this song, I felt for the first time the pain of losing a beloved existence and then you are left alone. In these verses I have been locked up all my life – or rather the life of my life, my daughter Mary. “

Typical for this period is the written testimony of Alekos Sakellariou in her biography, which she wrote in her honor, which states: “Happiness, starved by the death of her daughter, put the black dress and black scarf on her head – where she never brought them up to her death – and she was dedicated to raising little Rhea. “

Eftychia Papayannopoulou wrote her lyrics everywhere, sometimes in a pack of cigarettes above, others behind bills, without really understanding the size of her talent. Her fist and character opens throughout her songs through lyrics such as “Give you one to break a glass of glass like” I had wings and I was flying high “. Her persistence and impulse have led her to do many things where for a woman of the time it was unthinkable, for example one morning she decided to leave Manos Hadjidakis’ house and leave the lyrics of “Eimai aitos” with a note for the composer. Hadjidakis excitedly wrote the music in the lyrics and thus created one of his most timeless songs.

But her collaborations with the great composers of the time and later did not stop there, as there was no one who did not bow to her innate charisma. Manolis Chiotis, Stelios Kazantzidis, Apostolos Kaldaras, Antonis Repanis, Manos Hadjidakis “marry” their melodies with the lyrics of Happiness, which seems that without realizing it, he had discovered the secret that made the songs successful generation.

What madeso special Papayannopoulouwas that he combined erotic verse with social reflection, creating a school of Greek verse, as he immortalized Greek pride: Greek and derangement and get up and dance zeibekiko. Let him be an industrialist! I am not saying snob, but the other, who is passionate and twisting, living at that moment his dreams and dreams. He sings and dances his sorrows and his joys, embalms his pain, transforms the sounds of his heart. Our folk song sprang from a need, so it’s true, that’s why it evolved. But you have to let go of your soul and spirit to catch it. You have to be fermented with the people, to live their blessings. It is written first with heart and feeling and then with technique. And so it just upsets us, sets us in motion, worries us, ”Papayannopoulou used to say about folk song.

During the last years of her life she faced many difficulties with her health but always had her granddaughter Rea to take care of her. On January 7, 1972, the great Greek songwriter passed away at the age of 79.

The folk verse after the appearance of Happiness Papayannopoulou changed forever, this woman managed, with her immediacy, to put her words in the mouths of all Greeks.

In December 2019, the movie “Happiness” about the life of the great songwriter starring Caryophyllia Carabetti is released.