Kostas Varnalis was a Greek poet, writer and journalist. He has written poems, narrative works, criticism and translations. His work has a well-formed form and plasticity in expression. It is characterized by a warm lyrical imagination and a satirical mood with an interest for the modern human.

Varnalis was born in Burgas, Eastern Rumelia (now in Bulgaria), in 1884. As his name suggests, his family originated from Varna; his father’s family name was Boubous.

He completed his elementary studies in the Zariphios Greek high school in Plovdiv and then moved to Athens in 1902 to study literature at the National and Kapodistrian University of Athens.While there, he became involved in the Greek language dispute, taking the side of the demoticists over the supporters of the katharevousa.

After his graduation in 1908 he worked for some time as a teacher in Burgas, before returning to Greece and teaching in Amaliada and Athens. During the next years, he worked as a teacher and part-time journalist, also engaging in translation work. In 1913, he took part in the Second Balkan War. 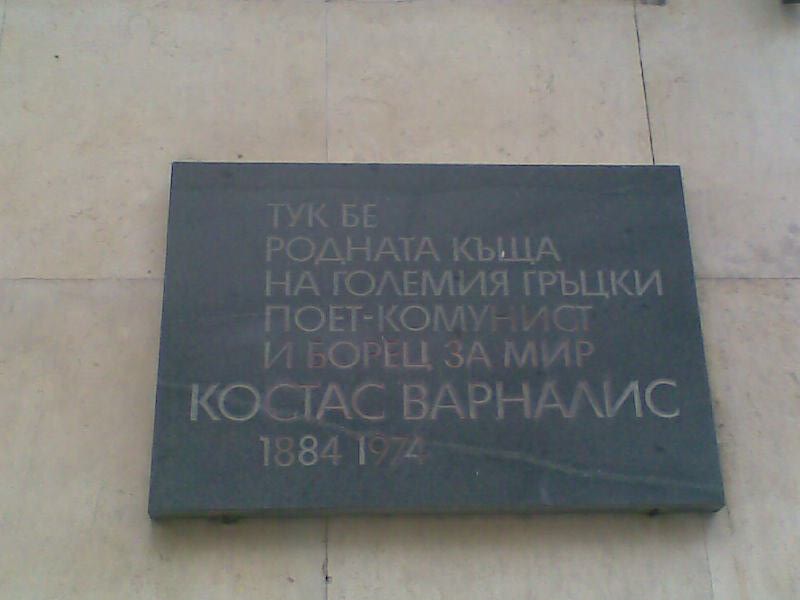 In 1919 he gained a scholarship and travelled to Paris where he studied philosophy, literature and sociology. It was during his Parisian studies that he became a Marxist and reviewed his ideas on poetry in theory and in practice. The result of this turn was the poem “Proskinitis”.

One of his most important works is “To fos pou kaiei”, which he published in 1922 in Alexandria, with the pseudonym Dimos Tanalias, the lyric poem “Oi moiraioi”, one of the most popular poems of modern Greek poetry, the collection of narratives “O laos ton moynouhon” (1923), the critical essay “Solomos without metaphysics” (1925), the poetic “Sklavoi poliorkimenoi” (1927), the narrative “The true apology of Socrates” (1931) and others. 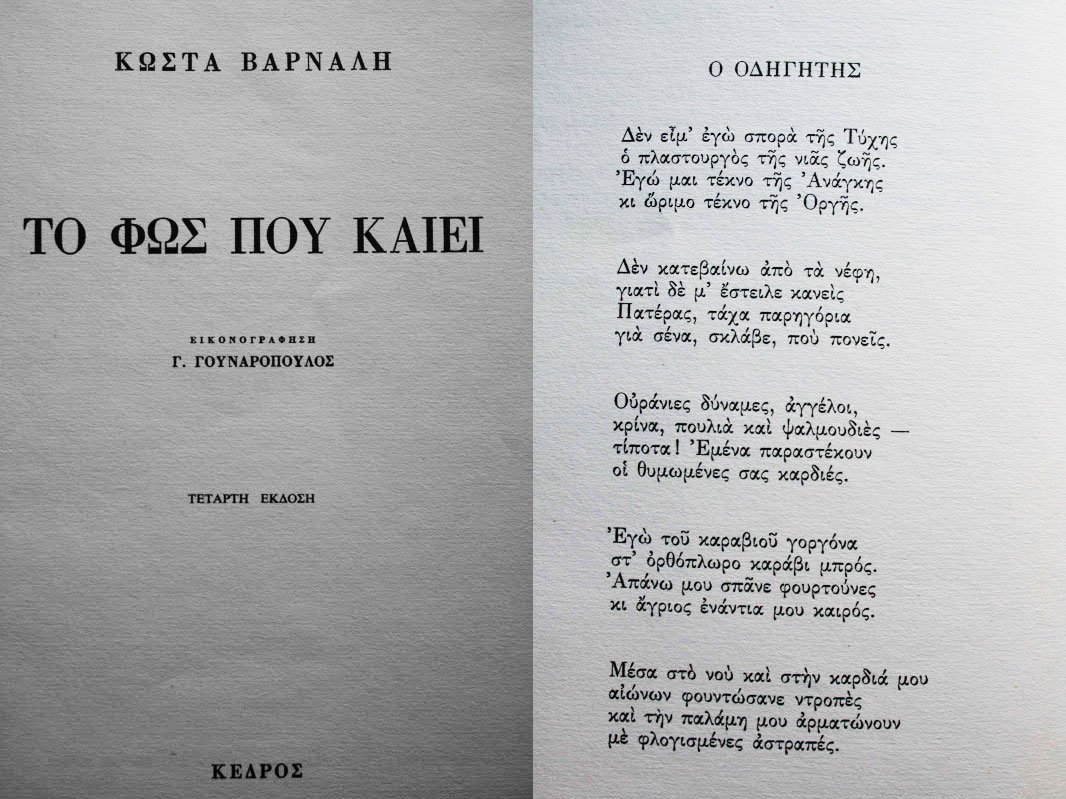 In 1926 he began his journalism career, which would be a way of livelihood for the next half-century, until the 1967 dictatorship: the first stop was the literary and political correspondence from Paris to the Proodos newspaper. In 1929 he married Greek poet Dora Moatsou. 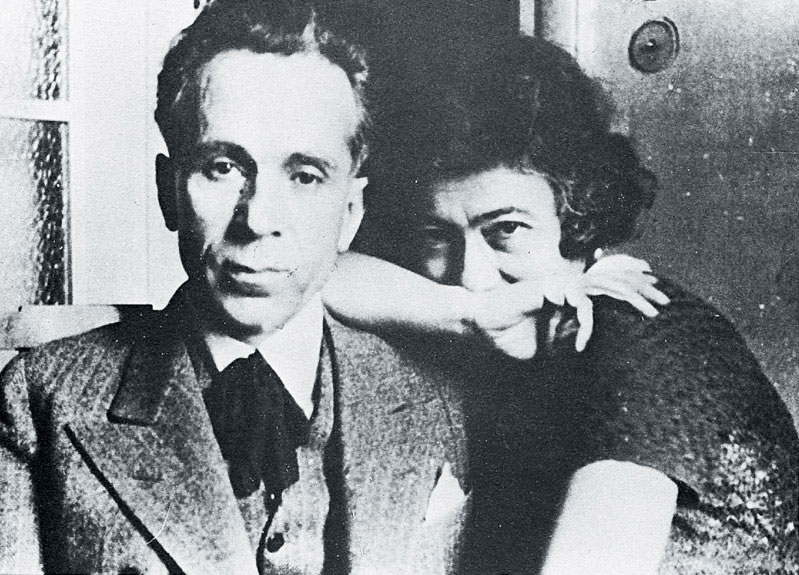 In 1935, he participated in the Soviet Writers’ Conference in Moscow as Greece’s representative. Under the 4th of August Regime, he was sent to internal exile in Mytilene and Agios Efstratios.

After the liberation and closure of Proia newspaper, he collaborates in the first Rizospastis (1945-1947), in Rizo on Monday newspaper (1946-1947) and in the Proodeftiko Filelefthero (1950-1953). From  1952 and for the next seventeen years, Varnalis takes over the daily chronograph of Avgi, a column titled “Words that burn”.

An important milestone in recognition of his work in 1956 when he was awarded the Prize of the Greek Writers’ Society, while in 1959 he won a major European distinction: the Lenin Prize for his contribution to the world struggle for peace. 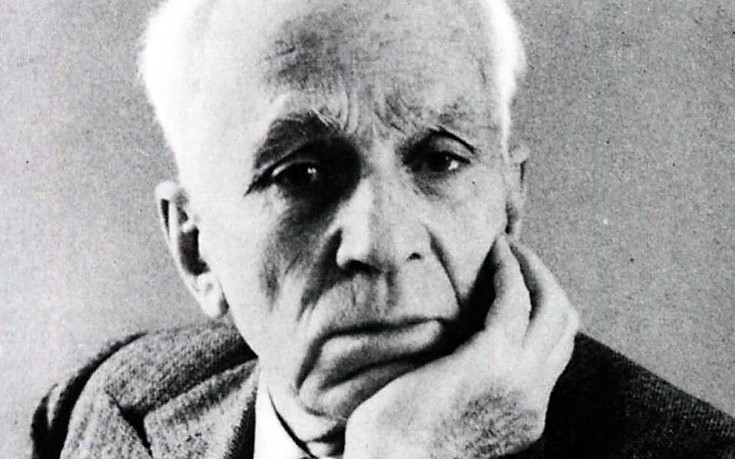 After a period of poetic silence, in 1965 his poetic collection entitled ‘’The Free World’’ was published. During the dictatorship, he published in 1972 the theatrical work Attalus III, placed in the Roman era but with modern references to German Occupation and Resistance.

Varnalis maintained his poetic but also his human alertness until his deep old age. He died on December 16, 1974. 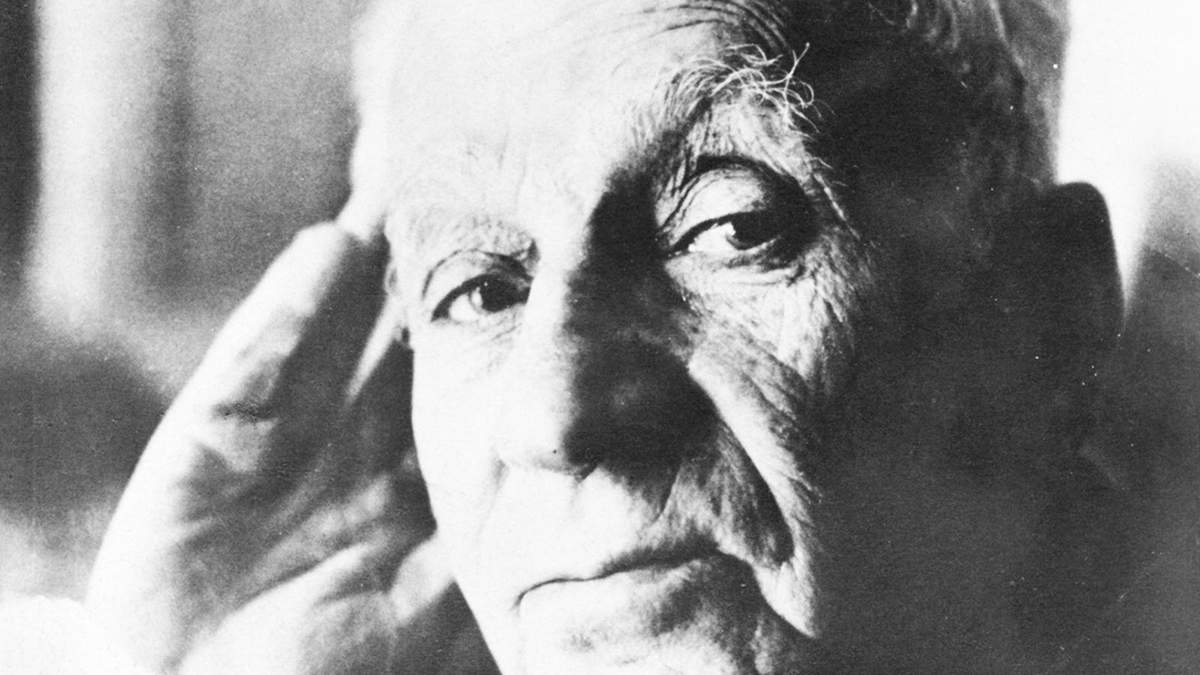 Some of his poems that heard today, probably without even knowing that it is poetry by Varnalis, are “Oi moiraioi” and “I mpalanta tou kyr Mentiou”, performed by Nikos Xilouris.

After his death, the poetry collection “People’s Rage” (1975) was published, with poems drafted during the seven-year dictatorship and the Literary Memoirs (1980), a volume of cover in the newspaper Independent, published from February to August 1935.

Kostas Varnalis unwaveringly defended man’s right, defending it in all his poetry works, as well as in his public speech as a journalist. “Poet, we have always seen you by the side of our people with thought and deed. Your reason is a sword, a scalpel and a fire that brightens and a light that burns. We have always seen you with your palm open, next to your ear, to hear behind the walls the round breeze of the Historic, inconceivable sun. This sun you showed us” was the words of Yiannis Ritsos for Kostas Varnalis. 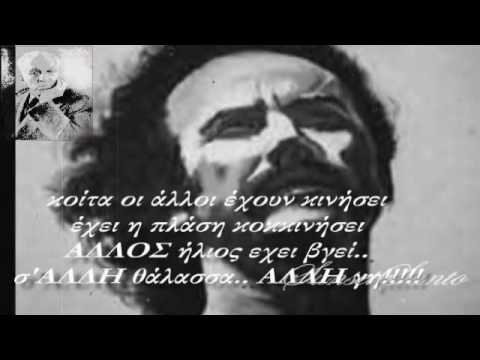