His music “speaks” directly to the Greek soul

Stavros Xarchakos is one of the “pioneers” of the Spring in the Greek artistic and popular music of the 60s and since then his songs hold a special place in the hearts of the Greeks .

He was born in Exarchia, Athens, on March 14, 1939. His parents were also born there and his family’s house was on Themistokleous Street. Growing up, he studied music at the Athens Conservatory and then continued his studies in Paris and at the Juilliard School of Music, in New York. He has written songs on more than 42 albums, music for 21 movies and 15 television productions. He has also composed music for ancient tragedy, dramas, and international ballets. 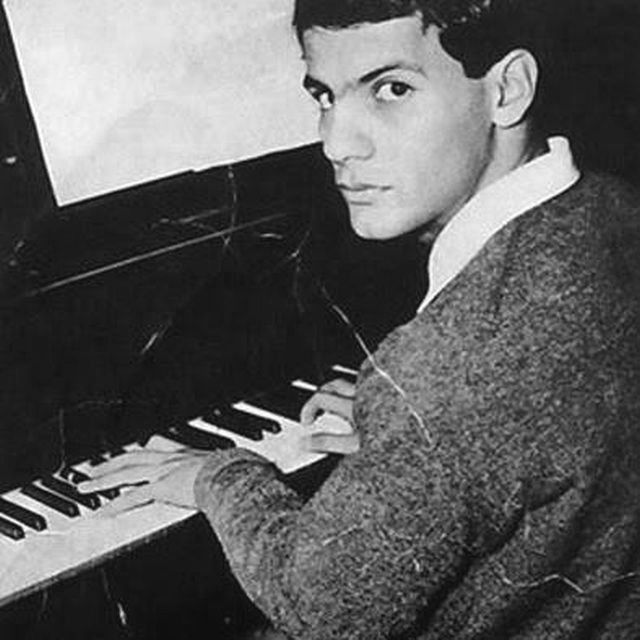 At the beginning of his career, Stavros Xarchakos writes music mainly for theater and cinema and so he has distinguished himself as a composer of cinematographic and theatrical music. His first major success is the music he wrote in 1963 for the film “Red Lanterns” by Vasilis Georgiadis. The songs “Cruel Life”, “Poorness”, which were interpreted by Grigoris Bithikotsis, and “The Complain” interpreted by Jenny Karezi. These songs soon became very big successes and were the first songs recorded by Stavros Xarhakos as a composer, and Lefteris Papadopoulos as a lyricist.

The success of these songs was great and constituted for the composer himself, but also for the lyricist a very strong start, which introduced them almost simultaneously in the grand pantheon creators. With the title “Red Lanterns” is released his first big album, enriched with the successes “Saturday Night in Kesariani” and performer Bithikotsis, “Put another table on the table” with an interpretation by Vicky Moscholiou, all in lyrics by Lefteris Papadopoulos.

When, since 1965, the great lyricist and poet Nikos Gatsos has collaborated with Stavros Xarchakos, he has been another very fruitful collaboration in great and timeless successes: “White Day “,” Eyes Wrapped “, again with Bithikotsis’ great performance,” Othon the Years (One Noon) “,” What the Heart I Want to Denounce “that Stamatis Kokotas interpreted and much more. The co-operation of Xarchakos and Gatsos continued in the 1970s and in the post-conflict with other major songs performed by Nikos Xilouris, such as “It Was Once”, “Hi Your Venice”, “Put God Sign”, “Fairy tales” and many more.

Stavros Xarchakos also began to write classical music from the late 1960s. His works include ballet suites, concerts and symphonic pieces. His top album is considered to be the award-winning work “The Rebetiko” from 1983, which was also music for the homonymous film directed by Kostas Ferris. Stavros Xarchakos is also considered a great arranger with his most recent orchestration work being the album “Erimia” by Mikis Theodorakis and Lefteris Papadopoulos. 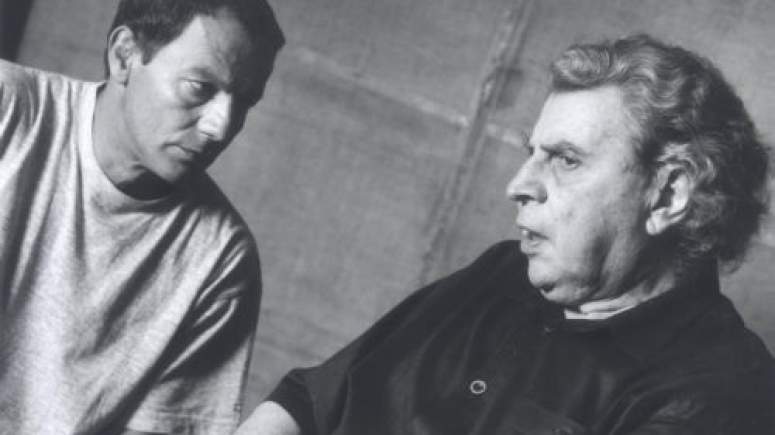 Towards the end of the 1960s he focused his interest on classical music. At that time she turned to classical music and studied her technique (harmony, composition, orchestra conducting). For that, he stayed long enough in Paris and New York, near Nadia Boulanger and David Diamond. In the early 1970s he met Leonard Bernstein and worked for a long time on his side, conducting many concerts.

He has been awarded many times at film and music festivals, such as the International Cinema Film Festival. In May 1994 he was awarded the Doctor of Fine Arts of the University of Adelphi, New York. In the beginning of 1995 he took over the artistic direction of the “State Orchestra of Greek Music” (KOEM).

Mr. Xarchakos served as Municipal Councilor in the City of Athens and Deputy Mayor of Cultural Affairs. He also served as MEP of Athens and MEP from 2000 to 2004. In the 2014 European Parliament elections he was nominated with the New Democracy ballot, but he failed to be elected.

From his first marriage to Karlota Xanthopoulou, Stavros Xarchakos has a beloved daughter, Pandora, who has been named after his mother. Many of the most famous works he has created are dedicated to her. More characteristic is ‘Pandora’s Manhattan’. From 2015 he is married to the singer Iro Saia, with whom in 2016 they had twins, a boy and a girl. 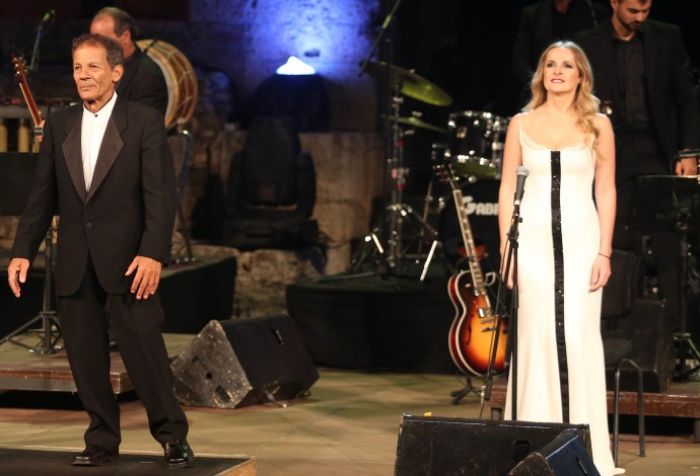 Mr. Xarchakos, in an earlier interview, has stated that “Singing is a personal expression that cannot happen so often, it is not very likely. It’s not something like every day that we clean our teeth or put perfume. A song is written with blood. It is a personal need, it is an existential subject. You will have noticed that I have gone through great creative pauses. It’s not accidental. One can not show through his song, show up his weaknesses or anything else. A song for me is what I want to say, what I have inside myself and that I am not able to express it in words. Whatever you want to take out of my mouth is excluded, because I can not but I do not want to”. 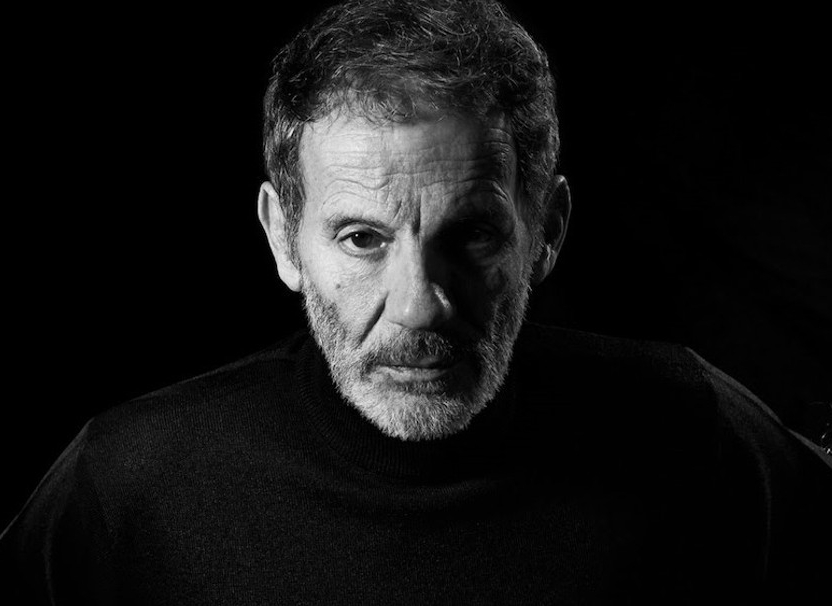 In 2010, he released the orchestral “Ode to a course”. In November 2011, Stavros Xarchakos directed at “Pallas” the 12-member National Orchestra of Greek Music, works by Mikis Theodorakis, Manos Hadjidakis and his own, poetry by Nikos Gatsos, Federico García Lorca, translated by Odysseus Elytis, Nikos Kazantzakis and more.

Stavros Xarchakos is undoubtedly one of the composers whose work is interwoven with the lives of the Greeks. Since its beginning, music and songs have helped the Greeks in good times but also in difficult times. His music, his sound, has strong foundations in the Greek soul. He is strong, daring, proud and sweet. Straight and essential for half a century, Stavros Xarchakos is always “by our side”. 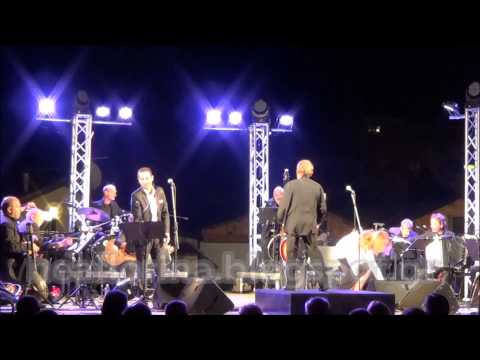