The pioneer of independent American cinema

Giannis Cassavetes was one of the founders of independent American cinema, the pioneer of self-financing and self-distribution of films in cinemas, which paved the way for all independent filmmakers, helping them break the ties with dependence by Hollywood and its extreme control of production.

He was born in 1929 in New York, as the youngest of the two sons of Greek immigrants Nicola and Katerina Cassavetes, who originated from Zagora, Pelion. He spent the first years of his life in Larissa, where the family had resorted to the years of the Great Depression, only to return and settle a few years later, in Long Island.

He had never been a good student, but he loved sports and went to the cinema to see James Kagney because of his short height, which made him identify with the little but very rich man since he was short too. 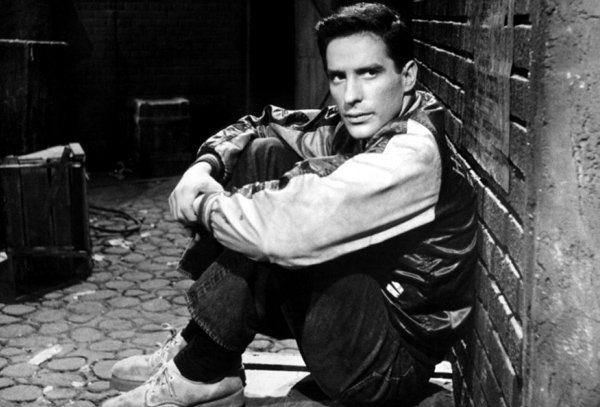 He attended several state colleges – including Mohawk College and Colgate University, where he studied English Literature – but which did not interest him until he decided to get into the American Academy of Dramatic Arts. There, he finally found the goal and woman of his life. The daughter of a state senator from Wisconsin, Gina Rowland, was the woman whom he married immediately after graduating, in 1954.

John soon took his first major work on television in the successful Paso Doble series. He played, in more than eighty episodes, the role of the elderly boxer, while Hollywood’s first roles started coming. Cassavetes’ career as a director, however, started relatively unexpectedly. In 1957, when he appeared on the radio show “Night People”, to promote his recent role on the film “Edge of the City”, while chatting with the host, Jean Shepherd, Cassavetes commented that the film had disappointed him, claiming that he could have done much better. 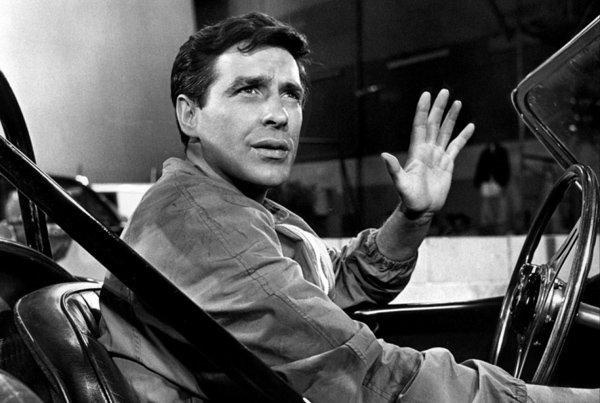 At the end of the radio program, he invited the audience interested in authentic filmmaking, an alternative to the conventional Hollywood formula, to donate one or two dollars to fund his dreams by promising the public a movie for real people.

Over the next few weeks, he received a phone call from the radio station that told him that more than $ 2,000 had been gathered from the crowd, listening to his proposal. He, faithful to his commitments, began producing the film right away, despite the fact that he had no idea what movie he wanted to make.

Bob Fossi gave him his studio in the evenings and that was where the “Shadows” were born, a group of unemployed actors. The production of the film had no script or professional technicians, all they did was rent some lights and a 16mm camera. Without directing knowledge or experience behind the camera, Cassavetes and his amateur crew made one mistake after the other, ending up with a movie where the actress’s prose could not be heard (and would lead to a three-year delay for all the film’s sounds to be re-recorded. That first movie was perhaps the first purely independent production in America. 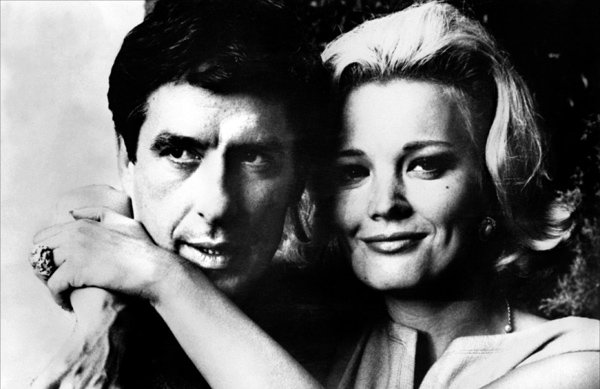 Nevertheless, Cassavetes was unable to find distribution in the USA and thus began to present it wherever he could in 1960, with the first film critics glorifying it. John became famous by playing Johnny Staccato, a detective-pianist, while the “Shadows” played in London, excited the audiences and critics, and they were awarded at the Venice Film Festival and presented to the United States by the British Lion.

Paramount’s Mody Ratkin called him to direct in Hollywood, where he took over six episodes of the television series he starred. His rather mediocre experience with “Too Late Blues” convinced him that the studios were not allies of either the actor or the creator. Nonetheless, he insisted and filmed with his wife, Bart Lancaster and Judy Garland as protagonists the “A Child is Waiting”, a film about the life of autistic children. The great producer Stanley Cramer denied Johnny the right to edit the movie, leading him to clash with the former and enter his blacklist.

In 1963, his wife took the reins of working for the family, and John devoted himself to their children, Nick and Alexandra – Zoi wasn’t born yet – and to writing. He was a man absolutely faithful to his wife and to the idea of family, which was paradoxical, as the topics of the films that he made next were centered on the crisis relationships go through in marriage. 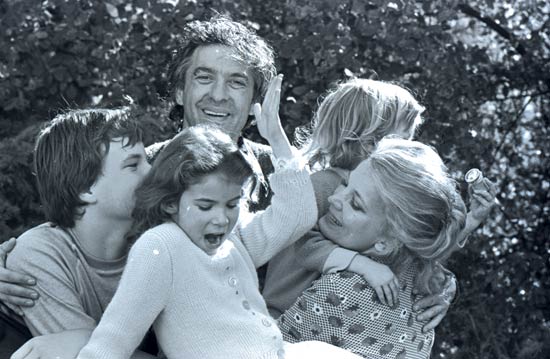 For two years, he had been writing novels, theatrical dialogues, scripts, until his old co-producer in “Shadows”, Maurice McEndree, urged him to film “Faces”. The shooting lasted six months, the editing three years, in which time he starred in five films. Cassavetes’ sharp drama, wholly financially independent, became a tremendous success, at the same time that his artistic triumph was recognized by two nominations for Oscar and five entire books in the Venetian Mustra.

As expected, the success of the film would bring a lot of Hollywood phone calls to Cassavetes, with producers promising absolute freedom of movement, complete control of filming tο him and the coveted Hollywood final cut.

With Robert Aldrich’s “The Dirty Dozens”, he received the Oscar of the Best Supporting Actor, while he got even more famous with Polansky’s “Rosemary’s baby” in 1968. The payments completed his own film, while he considered that time to be the happiest, the most “magical” of his life. In “Faces” the impression that improvisation is predominant is given, but in reality, the film was based on a tight set of scripts. He managed, however, and brought out of his actors a spontaneity and authenticity against the stereotypes of the commercial cinema. 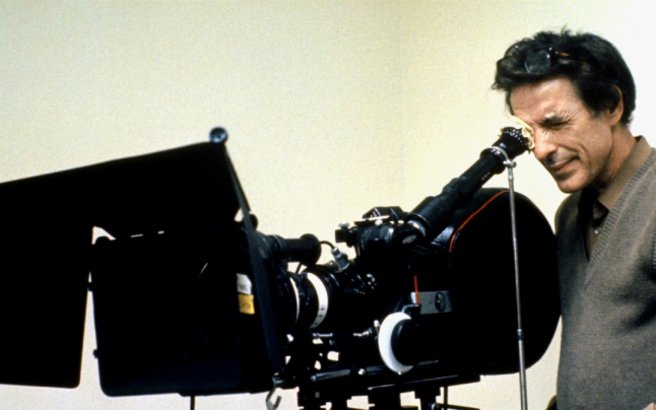 Five awards followed and it became an artistic and commercial success, and it was even proposed for an Oscar script. Immediately, he filmed the “Husbands”, in which Peter Falk and Ben Gazzara were added to the troupe, a film that was yet another unexpected success. John Cassavetes did all this, without ever betraying his artistic vision and, in need, he used amateurs, his parents, his father-in-law, his children and even mortgaged his home.

The artist had not forgotten his love of self-financing, returning to the independent cinema with his masterpiece “A Woman Under the Influence” (1974), a film that gave Rowland an acting Oscar nomination. The series had a film of noir that made up with his for-years-fan, Martin Scorsese, “The Killing of a Chinese Bookie” (1976), a film that failed to find its audience, with problems even in its distribution. 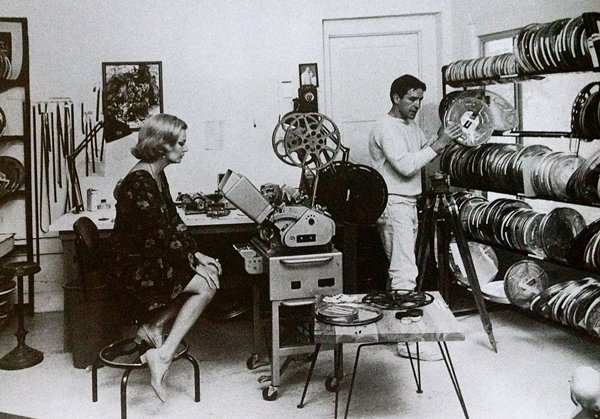 He was given a great honor in Venice, in 1980, where he received a Silver Bear, while for “Love Streams” he received it in 1984.

By completing “Big Trouble”, the actor got sick. In spite of his poor health, he continued working feverishly and turning to the theatre when he could no longer find funding for his films. The theatrical work “A Woman of Mystery” was his last work on the stage, a premiere that took place in Los Angeles, in 1987.

John Cassavetes died on February 3, 1989, from liver cirrhosis. His son, Nick, continued in his tracks, working as an actor and director. His most recent film, “She’s So Lovely” (1997), is an adaptation of his father’s script. 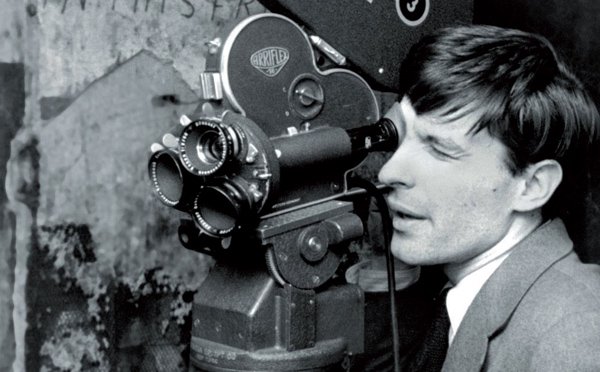 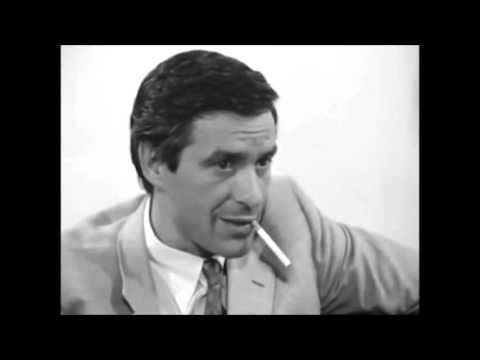