One of the most influential Greek painters of the 19th century

Nikolaos Gyzis was born in the village of Sklavohori, in Tinos island on the 1st of March 1842, and died in Munich, on the 4th of January 1901. He is considered to be one of the most important Greek painters of the 19th century, of the so called “Munich School”. Throughout his studies he acoomplished great things, and won many prizes in block print, painting and etching.

He grew up in a family of six children. His father, Onoufrios was a carpenter, and his mother, Margarita, a housewife. His family decided to move to Athens in 1850, and that is when the young Nikolaos decides to study at the Athens School of Fine Arts, first as an auditor, and then as a full time student (1854-1864).

In the last years of his studies he meets the rich art lover Nikolaos Nazos, who played a great role in Gyzi’s scholarship from the Institution “Naos tis Evagelistrias tis Tinou”, with which he managed to continue his studies in the Academy of Fine Arts in Munich.

Gyzis moved to Munich in June 1865, where he met his friend and colleague, Nikiforos Lytras. Nikiforos helped him adjust quickly in the german atmosphere of the time. Hermann Anschütz and Alexander Wagner were his first mentors in Munich. In June 1968 he was accepted to study in the Karl von Piloty laboratory. He completed his studies in Munich in 1871, and the April of the next year Gyzis returned to Athens, in order to transform his family home (Themistokleous street) into an atelier. Along with Nikiforos Lytras, he traveled in 1873 to Asia Minor.

Disappointed from the conditions in Greece, Guzis decides to leave Athens on May 1874, and to return back to Munich, where he would spend the rest of his life. In 1876 he traveled to Paris along with his friend, Nikiforos Lytras. One year after that, he got married with Artemis Nazou, and together they had four daughters (Penelope, Margarita-Penelope, Margarita and Iphigeneia), and a son, Onoufrios-Telemachos.

In 1880 Gyzis was named an honorary member of the Academy of Fine Arts in Munich and in 1888 he was elected a professor in that same institution. In 1881 his mother died and after a year his father died also. In 1895 he visited Greece for the last time, because he never forgot the country that gave birth to him. Suffering from leukemia, he died in Munich in 1901. It has been said that his last words were: “Well, let us hope for the best and let us be cheerful!” The corpse was buried at the North Cemetery of Munich.

Nikolaos Gyzis is considered to be one of the most important representatives of the academic Realism of the late 19th century, the conservative cultural movement known as “Munich School”. He participated and won numerous prizes in many greek and european exhibitions, from 1870 to 1900. In fact, after he died in 1901, there was an exhibition in his memory in the 8th International Art Exhibition in Glaspalast.

Studying in the Academy of Munich, Gyzis embraced the teachings of his German mentors, creating artwork of rare skilfulness, balancing between historical realism and the ethological view of art. A lot said that his art work is more “german” than the work of actual Germans, and for this he was praised by the art critics of the time.

Some of his work, such as “The engagement” (“Ta arravoniasmata”, 1875) and “Secret School” (“Kryfo Sholio”, 1885) are based upon mythical legends of the time of the Ottoman empire, to which the historic facts are still disputed, nevertheless, their artistic value remains undeniable.

Gyzis was a deeply religious person, that is why in his late career, he turned to metaphorical and metaphysical shapes. His so called “religious” art work -one of the most important was “Idou o Nymfios erhetai” (“Behold,the Bridegroom Cometh in the Middst of the Night”)-represents the vision of the mature Gyzis and reveals bluntly his agony about existence. The theme that dominated his latest work was the fight against Evil and the final victory of Good. The most important figure in his paintings is the Woman, who sometimes appears as the Art, sometimes as the Music, as Spring, Glory, etc. Gyzis’ work also includes posters and book illustration.

Gyzis’ art and work is also revealed in the letters he wrote from 1869 unti the end of his life. Here are some examples:

“I assure you Mr. Naze, I am not wasting my money here and there, not at all. I make ends meet, but my art costs a lot of money, especially the models, they are really expensive, and with out them, I can hardly move on with my art. When I was younger, the Academy used to pay for the models, but ever since I moved on from that, I am obliged to pay for them myself, and this is the reason I went bankrupt. […]. I have already sent, and I will send again another letter to the Committee of Evangelistria to talk to them about my wages…” Letter to Nikolaos Nazos, June 3, 1873

“How truly poor is a painter, compared to a pote! If I were to be reborn, I would prefer to return as a poet of a musician”. Letter to Nikolaos Lazos, April 7, 1875

“If only I could return to Greece one day. I would first visit Kefallinia and then Tinos, oh these sweet places”. Letter to his wife’s brother, October 22, 1900

-In 1901, after his death, there was an exhibition in Glasplast, dedicated to the late Wilhelm Leibl, Arnold Bocklin and Nikolaos Gyzis. One year later, Marcel Montandon published his biography.

-His corpse was buried in the North Cemetery of Munich.

“If you ever write my biography, do not forget to write that finally, I got older dreaming…”

“How truly poor is a painter, compared to a pote! If I were to be reborn, I would prefer to return as a poet of a musician”. 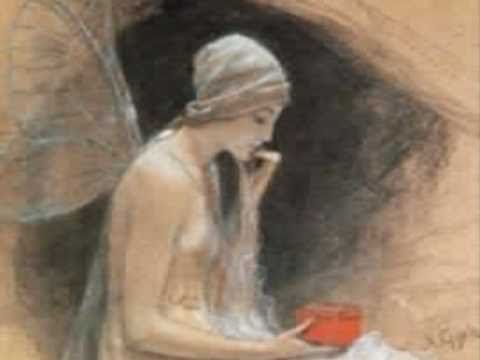