One of the greatest Greek poets

Kostis Palamas was a poet, a prose writer, a playwright, a historian, a journalist and a literary critic. Palamas is considered one among the greatest Greek poets with a significant contribution to the development and renewal of modern Greek poetry. He is also one of the cofounders of the so-called New Athenian School.

Kostis Palamas was born on 13 January 1859 in Patras. His parents were from Missolonghi. At the very young age of six-year old Palamas’ parents died and he moved to Missolonghi with his two brothers. He lived there from 1867 until 1875.

When he finished school he went to Athens in order to study at the Law School. He never finished his studied at the university because of his passion at poetry.

From 1875 he started to publish several of his poems at newspapers and magazines and in 1986 he published his first collection of verses, the “Songs of My Fatherland”.

Palamas wrote the lyrics to the Olympic Hymn, composed by Spyridon Samaras. It was first performed at the 1896 Summer Olympics, the first modern Olympic Games.

In 1918 he was awarded the National Excellence in Arts and Letters and since 1926 has been a key member of the Academy of Athens, of which he became president in 1930.

He held an administrative post at the University of Athens between 1897 and 1926.

Palamas died on 27 February 1943, during the German occupation of Greece during World War II. His funeral was a major event of the Greek resistance.

-He wrote his first poet at the age of 9-year old.

-The family of his father was a family of scholars with valuable intellectual activity.

-Palamas was 14 times nominated for the Nobel Prize for Literature but he never received it.

-He was among the cofounders of the so-called “New Athenian School” along with Georgios Drosinis, Nikos Kampas, Ioannis Polemis. 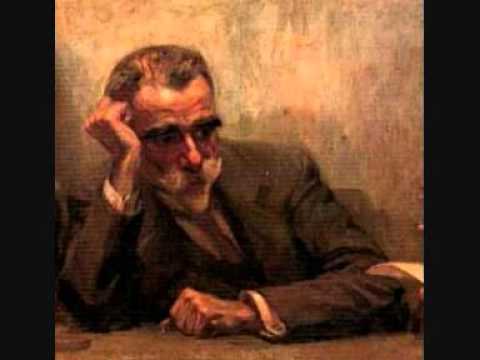