The father of Mini

Sir Alexander Arnold Constantine Issigonis, best known as Alec Issigonis, is a car designer of Greek origins and the developer of the groundbreaking Mini.

He was born in Smyrna on November 18th, 1906. His father Constantine Issigonis and his grandfather were engineers. After the Minor Asia Disaster, his family was forced out of Smyrna and fled to Malta in 1922. After his father death, he relocated to England together with his mother.

His first car was a Singer with a Weymann coachwork, in which he travelled to Europe with his mother in 1925, dealing with an endless series of mechanical breakdowns.

After returning from that trip, Issigonis made the decision to study engineering at Battersea Polytechnic in London.

In 1934, Issigonis went into the motor industry design working for Humber Ltd. in Coventry on the development of an independent suspension. Only two years later, in 1936, Morris Motors hired him thanks to his exceptional skills and know how in the field of chassis development.

He also developed an independent front suspension system for Morris 10 that didn’t go into production due to the breakout of World War II. However, it was later used on the MG Y-type.

During the war, he served the army by designing a light tracking vehicle for Morris and several other military vehicles.

In 1952, he moved to Alvis Cars, where he designed an advanced saloon car, a prototype that was never manufactured because its cost was beyond Alvis’s resources. In 1955, Issigonis was recruited back into BMC, as an Associate Technical Director in the Austin plant at Longbridge to design a new model family of three cars, a small town car, a medium-sized family car and a large luxury car, in an effort to ensure the future of the top European car industry at that time.

On August 26th, 1959, Mini Classic was officially launched in all countries where British Motor Corporation was sold. The car was launched as the Morris Mini Minor and the Austin Seven. With a purchase price at £496 in the production country, Mini ranked 2nd in the list of the most inexpensive cars in the market of that time.

Issigonis is the designer of three out of the five British cars with the highest selling rates of all times, Morris Minor, Austin 1100 and Mini.

In 1961, he was appointed member of the Board of Directors of Austin Motor Company and two years later he moved to the Board of Directors of BMC. In 1967, he became member of the Royal Society, the most influential research company in Britain and two years later Queen Elizabeth granted him Knighthood and named him Sir, in recognition of his engineering genius in designing Mini Classic. Even after retirement, Sir Alec Issigonis was appointed advisor of the company, a position he held until 1987. He died one year later, on October 2nd, 1988.

– Mini became the only British car that ranked first in the list of the highest car sales in history and was manufactured until 2000.

– Issigonis never missed to point out that, “I didn’t invent Mini, I designed it”.

– Queen Elizabeth granted him Knighthood and named him Sir, in recognition of his engineering genius in designing Mini Classic.

– Mick Jagger, the singer of Rolling Stones, and also Paul McCartney and John Lennon were owners of Mini, while Enzo Ferrari owned three of them.

– His colleagues nicknamed him The Greek God. 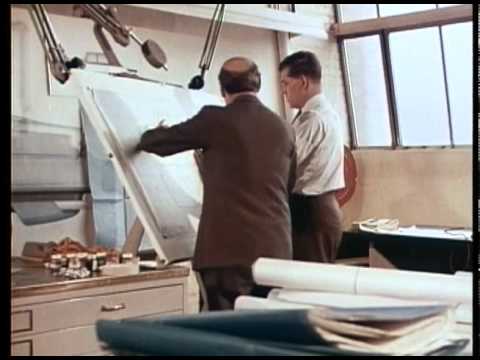 «Mathematics is the enemy of every truly creative man»

«A camel is a horse designed by committee»

«The public don’t know what they want; it’s my job to tell them»

«I feel very, very proud that so many people have copied me»