The last of the Rebetiko singers

Sotiria Bellou is acknowledged as one of the top singers of Greek folk and rebetiko song scene.

She was born at the village of Drosia near the town of Chalkida on August 29th, 1921. Her songs like Cloudy Sunday, Little Crabs and When you drink in the tavern by Vassilis Tsitsanis established her as a famous folk singer.

She was married at a young age of 17 against her parents’ will. Her husband was an unfaithful alcoholic and regularly abused her. During one of their violent quarrels, Sotiria threw acid vitriol on his face and she was later sentenced to three years in prison. Eventually, she served only four months. After her release, she decided to relocate to Athens in 1940. She joined the resistance forces of EAM, but she was early arrested, tortured and imprisoned.

In 1947, Vassilis Tsitsanis noticed her talent and hired her to work next to him in a night club in Athens. Following her resignation two years later, she worked with Vamvakaris and didn’t avoid being affected by poverty. She used to clean staircases, unload cargo trucks and sell cigarettes from a cart at Omonia square to earn her living.

Following her comeback on stage in 1966, she worked with Dionysis Savopoulos, Elias Andriopoulos and Dimos Moutsis.

In March 1993, she was affected by serious health issues and was diagnosed with pharynx cancer. She lost her voice and later died on August 27th, 1997, at the Metaxas Cancer Hospital in Piraeus.

• She married at a young age against her parents’ will and her marriage proved to be a disaster. Her husband was an alcoholic and during one of their violent quarrels, Sotiria threw acid vitriol on his face and she was later sentenced to three years in prison. Eventually, she served only four months.

• In 1948, a group of muggers barged into the club where she was singing and asked her to sing the song The Eagle’s Son, an emblem tune of the royalists and the para-states. Following Sotiria’s refusal, they attacked her and violently beat her calling her names, like Bulgarian (Communist).

• During an interview, a journalist got scared entering her house at the view of a picture of the Dracula of the Carpathian Mountains. “Don’t be afraid”, she reassured him, “Dracula is my fan”, and explained to the journalist that actor Christopher Lee has been a keen collector of her albums since the ‘50s. 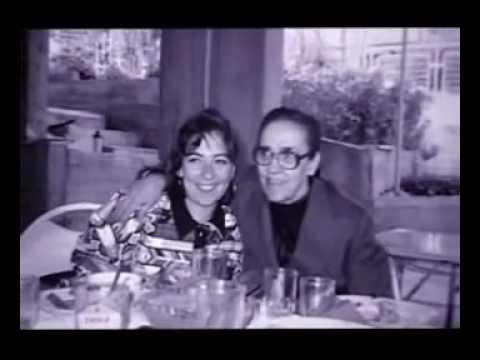