A legend of global shipping

Stavros Niarchos was one of the world’s most innovative and successful 20th-century businessmen. His openness, the business “demon” led him to the highest pedestal of the shipbuilding world, while opening the way for other Greeks.

He was born on July, 3rd, 1909, in Athens. His parents had origins in Lakonia and had just relocated to Greece from the United States. 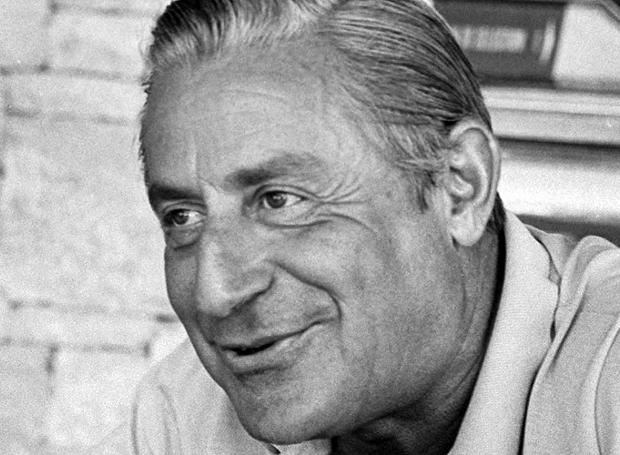 Stavros Niarchos graduated from the Varvakios School and the Law School of Athens. In 1929, he started working in his uncles’ gristmill and soon exhibited his talent in business administration.

In 1930, he married to Eleni Sporidis only to get a divorce a year later. In 1939, he married to 20-year old Melpomeni Kapari, the daughter of a ship-owner on the island of Syros. During the same year, he started building his empire and founded Niarchos Group, owning 2 tankers and 5 freighters.

Stavros Niarchos served in the Greek navy during World War II. He joined the Allied operations in Normandy and was later awarded the Commander of the Order of the Phoenix in 1977, the Royal Order of King George I and the Royal House Order of SS George and Constantine. During his service in the Greek navy, the allied forces chartered his first ship, which was later destroyed during the war. In 1947, he divorced from his wife Melpomeni and his later acquaintance with the ship-owner Stavros Livanos was bonded with marriage. He flirted with Livanos’s 14-year old daughter Tina and when her father didn’t agree to let her marry him due to her young age, he married to her older sister Eugenia instead. Three years later, Tina married to his archrival Aristotle Onassis. The event frustrated Niarchos and the rivalry between the two men flared up. 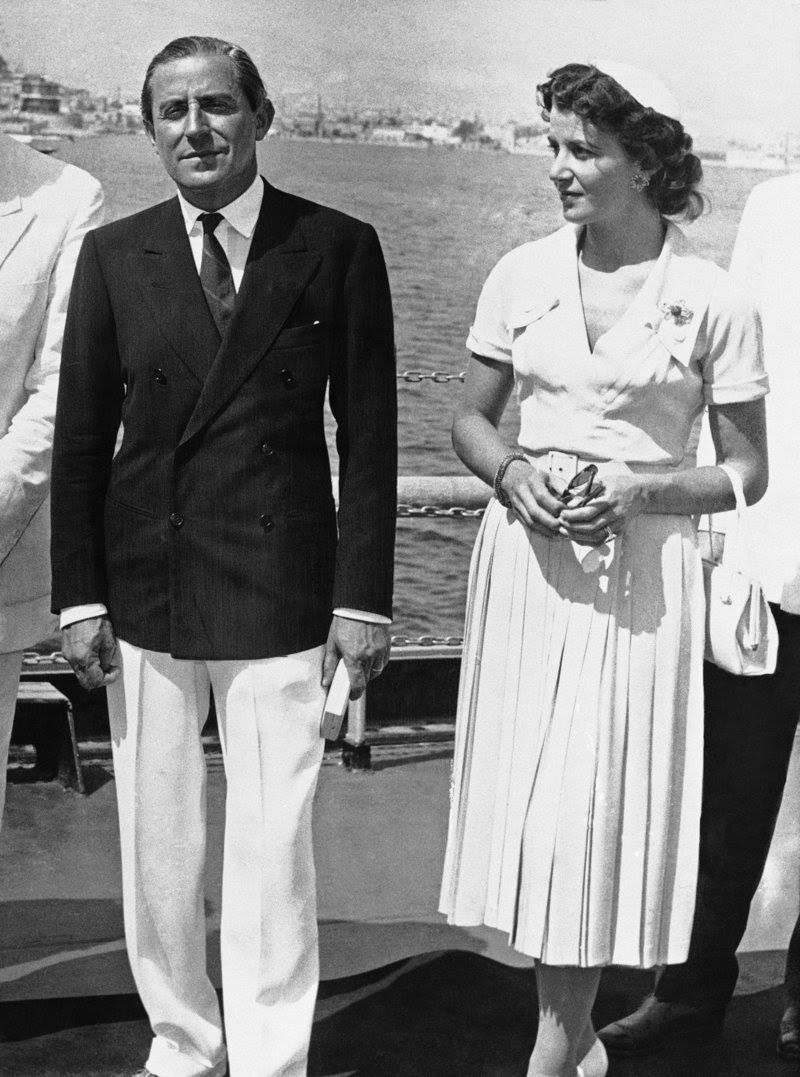 After receiving a $2 million reimbursement for his sunken vessels and a total of 16 Liberty vessels gifted to him by the American administration, Niarchos’s finances recovered, allowing him to further reinvest in big tankers. His business decision proved to be wise as he was later established as one of the biggest shipowners in the world.

He created the largest private fleet in the globe and was therefore nicknamed The Golden Greek. Actually, his face was illustrated on the Time magazine cover of August 6th, 1956, against a background of his tankers. During the same period, he bought the island of Spetsopoula in the Argosaronic Gulf, responding to the purchase of the island of Skorpios by Aristotle Onassis. 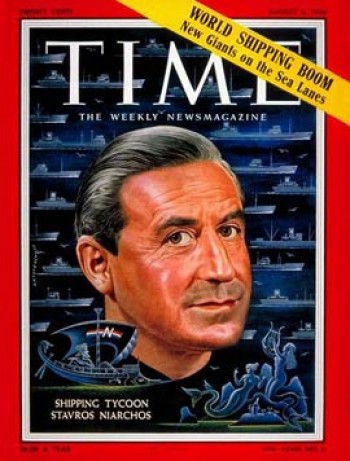 His two most significant investments in Greece during the ‘50s were the Greek Refineries in the town of Aspropyrgos and the Hellenic Shipyards in the district of Skaramangas, which was ranked as the largest shipyard in the Mediterranean Sea.

In 1965, at his holiday lodge in Switzerland, Niarchos met Charlotte Ford, the granddaughter of the notorious founder of Ford car industry, and got her pregnant. Eugenia asked for a divorce and Niarchos got married to Ford, who later gave birth to his fifth child Elena Anna. After Eugenia’s lawsuit, the Niarchos-Ford marriage was officially annulled by the Greek courts.

On May 4th, 1970, Eugenia, the mother of Niarchos’s four children (Phillip, Spyros, Constantine and Maria Eirini) was found dead at the age of 44, on the island of Spetsopoula by unknown causes. One year later, in 1971, Niarchos got married to her sister Tina. However, Tina also died in 1974 due to a barbiturate overdose she turned to, seeking to forget her pain caused by the loss of her son Alexandros Onassis in a plane crash. 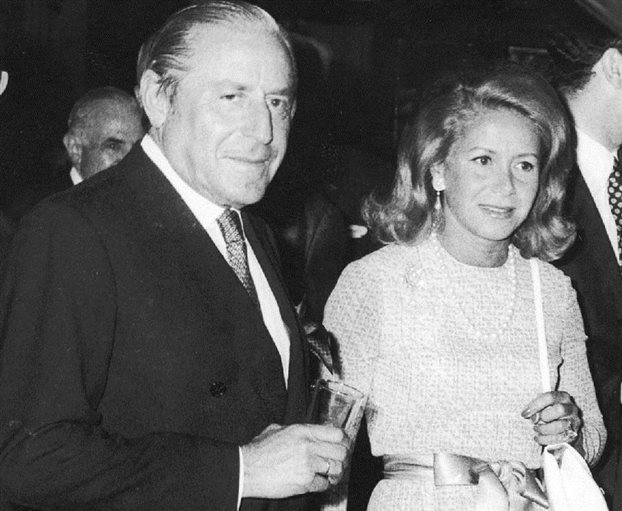 Following the crisis of 1973, Niarchos sold several of his shipping companies and moved into the diamond market and financial businesses. He also invested in racehorses, owning breeding grounds in France and the United States.

At the beginning of the ‘90s, he retired and relocated to his sanctuary in Saint Moritz, where he died on April 16th, 1996. 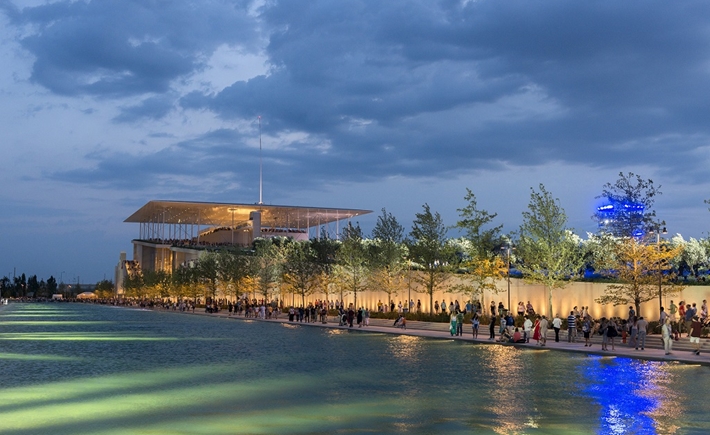 – His personal and business vendetta against Aristotle Onassis was largely portrayed by the majority of columnists working for the international Press.

– For several years, he was ranked as the successful owner of the biggest private fleet in the world and was therefore nicknamed The Golden Greek. His face was also illustrated on the cover of Time magazine against a background of his tankers.

– He bought the island of Spetsopoula in the Argosaronic Gulf following the lead of his eternal adversary Aristotle Onassis, who owned the island of Skorpios, and he also developed into one of the most notorious artwork collectors, motivated by his wife Eugenia.

– His collection of art works was internationally acknowledged as exceptional. He owned a very expensive self portrait of Pablo Picasso (Yo, Picasso) of 1901, belonging to the artist’s Blue Period. Other important paintings in his collection belong to Vincent Van Gogh and Paul Gauguin (Cavaliers sur la plage, 1902). His collection was further developed by his son Phillip with paintings, like Red Marylin and Green Car Crash (Green Burning Car I) by Andy Warhol.

– On October 1st, 1966, Eugenia Niarchos filed a lawsuit against Stavros Niarchos at the Court of First Instance in Athens, claiming the annulment of the political wedding between her children’s father and Charlotte Ford on December 16th, 1965, in the Mexican city Ciudad Juarez. The court ruled in favour of Eugenia and Stavros eventually returned to her side. 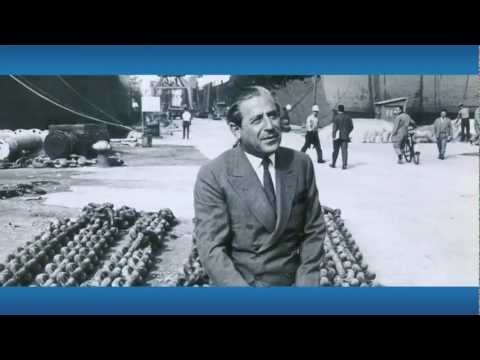