His name synonymous with myth

Aristotle Onassis. The Greek Croesus. Aristos, the powerful and the stubborn. The swinger. The ambitious. Aris the Greek.

Since the day he debuted into the international business world in the ‘20s in Argentina, a lot of imagery would follow his reputation.

According to his biographers, young Aristos avoids execution by Turks during the Destruction of Smyrna, by doctoring his real age.  He was born in 1906, possibly on January 15th or 20th, in Smyra to Sokratis and Pinelopi. His father was a successful tobacconist, who managed to be later appointed as the Manager of the town’s Chamber of Commerce.

Amidst the ashes of the Asia Minor Destruction the kid experiencing devastation escapes the town on a small boat thanks to his enterprising talent and stands out a short while later as one of the major ship owners of the world. He successfully creates an empire and represents the man that all powerful businessmen of the world love to hate. His name equals myth and success in the minds of the business world giants and of common people of his times.

The young man that was getting prepared as the son of a wealthy family to study in Oxford is now standing in the soup kitchen queue in Athens and later as an immigrant on the ship to Buenos Aires, with only $100 in his pocket. At the beginning, he shares a room with his cousin, working different hours so that they can sleep in turns on the one and only bed in the room. The night shift at the telephone company offers Onassis the opportunity to practice in foreign languages and get familiar with the web of secrets of the business world. During daytime, he mingles with the key persons of the time, like Evita Peron.

Following his family’s tradition, he starts selling tobacco and later introduces cigarettes with pink tips for ladies. Thanks to his Greek instinct for shipping and his obsession to become a ship owner, he enters the shipping market by buying 2 decommissioned ships that only paint holds their iron parts together. Fairly risking and taking excellent advantage of timing, he succeeds in developing his fleet during a time of crisis.

In 1938, he launches Ariston, bought from a Swedish shipyard, the first ship he ever launched and also the largest in capacity during his time. In a short time, he builds 2 more similar ships, believing that bigger tankers are far more cost efficient.

In 1946, he marries to Athena-Tina Livanos, the daughter of ship owner Stavros Livanos and later has two children, Christina and Alexandros.

In 1953, he meets Prince Rainier and gains power in the Principality of Monaco by buying off a large percentage of the bank, run by this little fiscal paradise, starting to play a major role in the revival of its lost prestige.

In 1956, motivated by Constantine Caramanlis, Onassis buys the airline company T.A.E. for $2 million and starts up Olympic Airways, destined to later rank among the 5 best airline companies in the world.

Onassis owns over 60 companies and he is powerful.

In 1963, he buys Scorpios, a non profit line island next to Lefkada and places Greece in the spotlight of the world. On his legendary yacht Christina famous parties take place with prestigious guests, like Winston Churchill and Greta Garbo, who spread the news to the rest of the globe, being enchanted by the Greek’s volatile personality. On the same yacht one of the world’s most legendary and fatal romances of all times is triggered. The presence of his wife Tina Livanos didn’t stop the Greek Croesus to weave his web around the diva Maria Callas, one of his guests together with her husband and mentor Giovanni Battista Meneghini.

The divorce from Tina after 10 years of marriage was officially the starting point for Onassis to pursue bigger challenges.

In 1968, he marries to Jacqueline Bouvier and disturbs Americans, who keep a file named Onassis in the FBI quarters numbering over 4,000 pages. (See more)

Photojournalists are a daily phenomenon in Onassis’s life and following the way of great myths, he had appointed his personal photographer. Dimitris Lymberopoulos is the paparazzi who published the widow of assassinated President of the United States J. F. Kennedy stripped off her expensive haute couture suits. Instead of getting furious, Onassis was rather proud, yelling to raving Jacky, “You’re a doll”!

Tuesday, January 23rd, 1973, is a fatal day in the Greek Croesus’s life, who is forced to make a quite difficult decision. Devastated by the events, he consents to unplug the hospital machines that kept his beloved son Alexander alive. The aircraft he was earlier driving crushed at the Hellenikon International Airport a few seconds after takeoff. Onassis himself always claimed that his son was rather murdered than accidentally killed and put a still currently valid price on the alleged murderer’s head of $1 million. Onassis’s suspicions are justified by the publication of 3 reports showing that the aircraft’s joysticks were placed the wrong way up cutting the line of communication between the pilot and the aircraft.

Aristotle Onassis loses interest in business and two years after his son’s death, he dies on March 15th, 1975, in a Paris hospital by myasthenia. The man that wanted it all and had it all, had lost the most precious of it all.

– At the age of 22, Aristotle Onassis was appointed as the Vice-Consul of Greece in Buenos Aires. At the age of 25, he had already gained his first million of dollars.

– Many years ago he predicted crisis by saying  “a day will come, that greed of property, wealth and pride, will be stored in banks, multinational companies and in few people, that all the others will erupt like a natural disaster that will make the lives of the few possessors  hell. “

– According to his biographers, young Aristos avoids execution by Turks during the Destruction of Smyrna, by doctoring his real age.

– «I have no friends and no enemies – only competitors».

– «Be serious in your work and crazy in your life».

– «Never begin a project, a battle or a love affair, if the fear of defeat eclipses the prospects of victory».

– «If you’re short, take a loan. Never ask for a small amount. Ask for what you need, and always pay it back, the sooner the better».

– «Some have plenty of money and others have nothing at all. Like someone who can’t find any water to quench his thirst and someone else who seeks to find a bridge over water to cross».

– «After a certain point, money is meaningless. It ceases to be the goal. The game is what counts».

– «If women didn’t exist, all the money in the world would have no meaning». 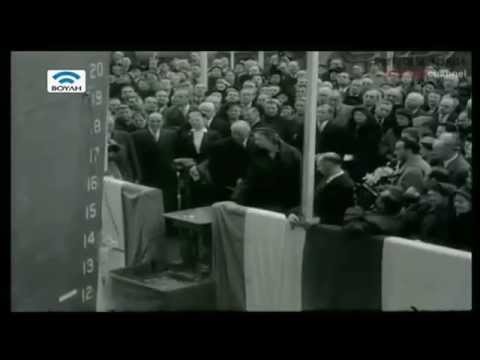