One of the greatest philosophers of the 20th century

Cornelius Castoriadis was a Greek philosopher, economist and psychoanalyst. He is acknowledged as one of the most influential thinkers of the 21st century.

He was born in Constantinople on March 11th, 1922, and his family relocated to Athens soon after his birth.

Castoriadis was attracted by philosophy since his early age.

He studied law and economics at the Kapodistrian University of Athens.

In 1937, during the Metaxas Regime, he joined the Athenian Communist Youth and later moved to the Communist Party of Greece only to leave one year later after having formed a youth group against the political orientation of the party. In 1943, he joined the trotskyist group of Spyros Stinas.

In 1944, he authored his early texts on social science and Marx Weber, which he later published in the Archive of Sociology and Ethics magazine.

During December 1945, he embarked on the ship Mataroa and fled Athens to relocate to Paris.

In Paris, he completed his studies and continued to write, signing his works with several aliases before receiving the French citizenship.

Besides working as a psychoanalyst, he had also been working as an economist with the Organization for Economic Co-operation and Development until 1970. In 1979, Castoriadis was elected principal of École des Hautes Études en Sciences Sociales.

He received honourary doctorates from Panteion University in 1989 and from Democritus University of Thrace in 1993. Cornelius Castoriadis died on December 26th, 1997, at the age of 75.

Some of his most influential works are The Problem of Revolution Today, The Experience of the Labour Movement, The Imaginary Institution of Society, Crossroads in the Labyrinth, The Rise of Insignificancy and World in Fragments.

– The concept of “autonomy” appears to be a key theme in his early postwar writings and he continued to elaborate on its meaning, applications and limits until his death, gaining him the title of “Philosopher of Autonomy”.

– Castoriadis thought that the institution of societies, autonomous or not, requires a certain perception of the world and of the connection that a person has with it.

– In 1967 the group Socialisme ou barbarie stops. But their texts and ideas 2 years after are the source of inspiration of the rebelled students of May 1968. 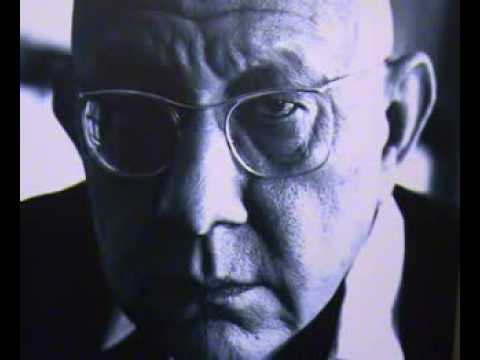 – «We don’t practice philosophy to save the revolution, but to save our thinking and our cohesion».