Greek motorcyclist at the Dakar Rally

Vassilis Boudros is the rider who will take part in the historic Dakar Rally Rally of Husqvarna FR 450 Rally and hopes to become the third Greek in history to see the finish flag in the world’s most famous rally. Born in Athens in 1984, he lives permanently in Rafina and is the founder of Enduro Greece, which is active in the field of organizing excursions and courses with adventure and enduro motorcycles. 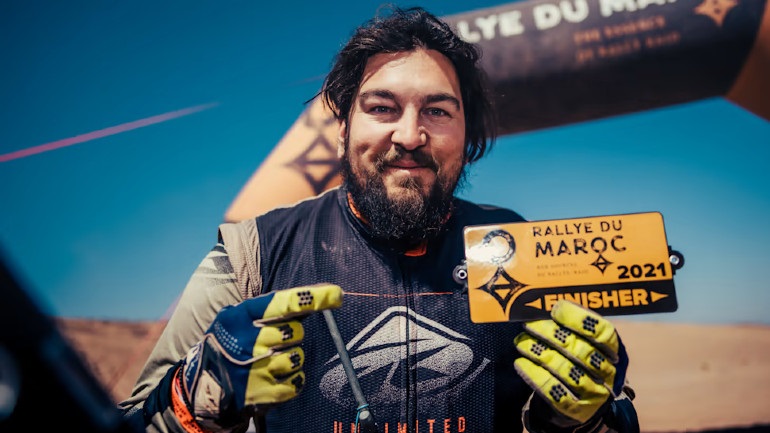 He has taken part in rally races in Greece, Albania, Spain, Morocco as well as extreme and classic enduro races in Greece. He recently took part in the Moroccan Rally and his finish was necessary to be accepted in the Dakar Rally. Speaking to protothema.gr, he stated that his first fight was in 2008 in memory of a man who had lost his life.

My first race was in 2008 a trail ride in memory of a man who passed away that year and the race was a trail ride for “Aleko”, where Alekos was a motorcyclist. But since 2006 I participate in dirt routes and travels “. 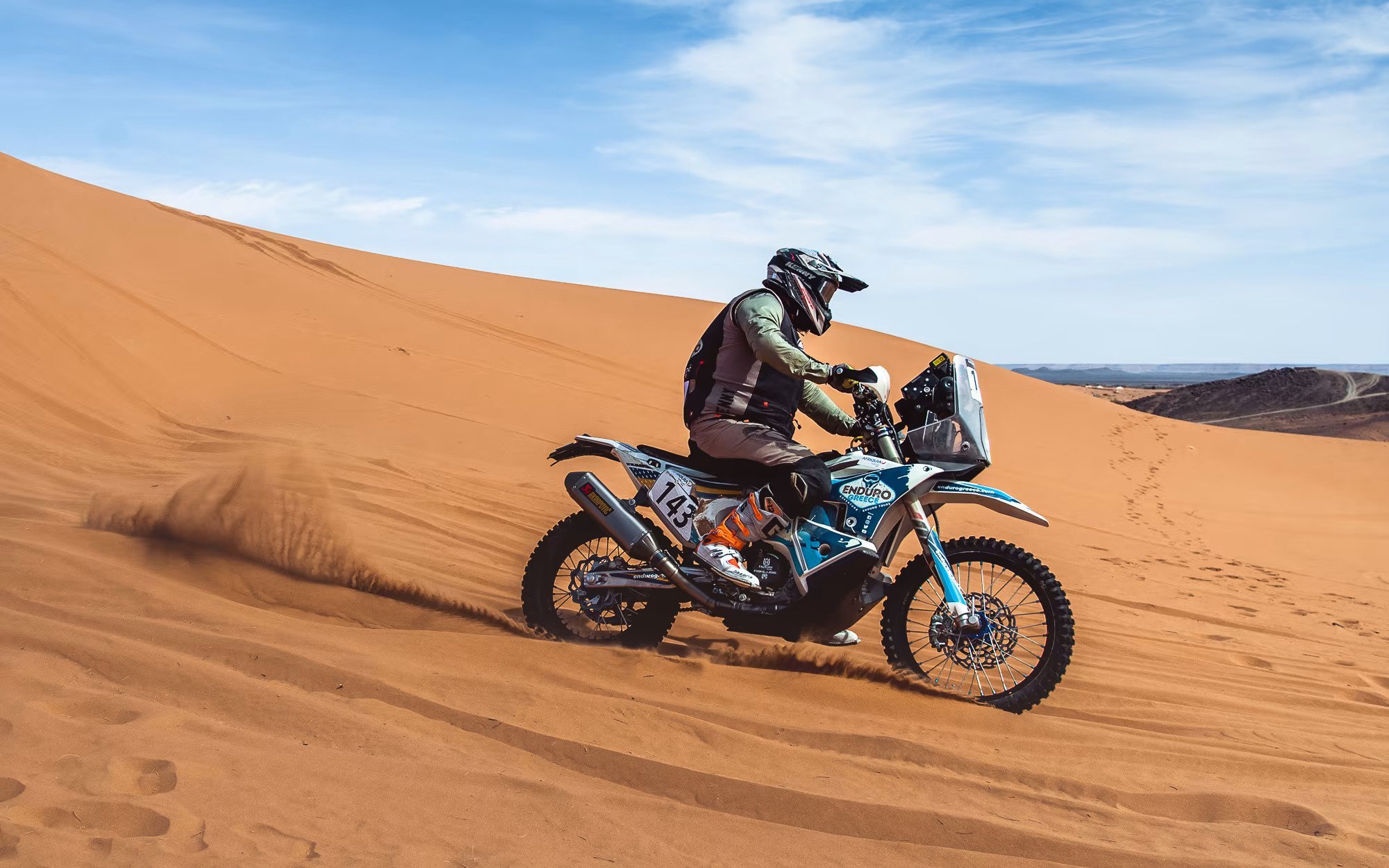 As the Greek rider explained, the decision for his participation in the Dakar Rally was made last April. “I finished the race in Morocco and two and a half weeks later, in the third week of October, I was informed that I had been accepted to the Dakar Rally. When I was notified I felt great joy because it is your efforts that are rewarded. “I know it will be difficult to have many kilometers and my goal is to finish.”

Vassilis Boudros also spoke on the redbull website where he stated characteristically: “The finish in this race in Morocco was necessary for my participation in the Dakar Rally to be accepted – by the organization. In the spring I took part in the Andalucía Rally which was supposed to ensure my participation in Dakar.

But the two races had nothing to do, the Moroccan rally was more difficult and with much more demanding navigation, very close to the Dakar conditions. 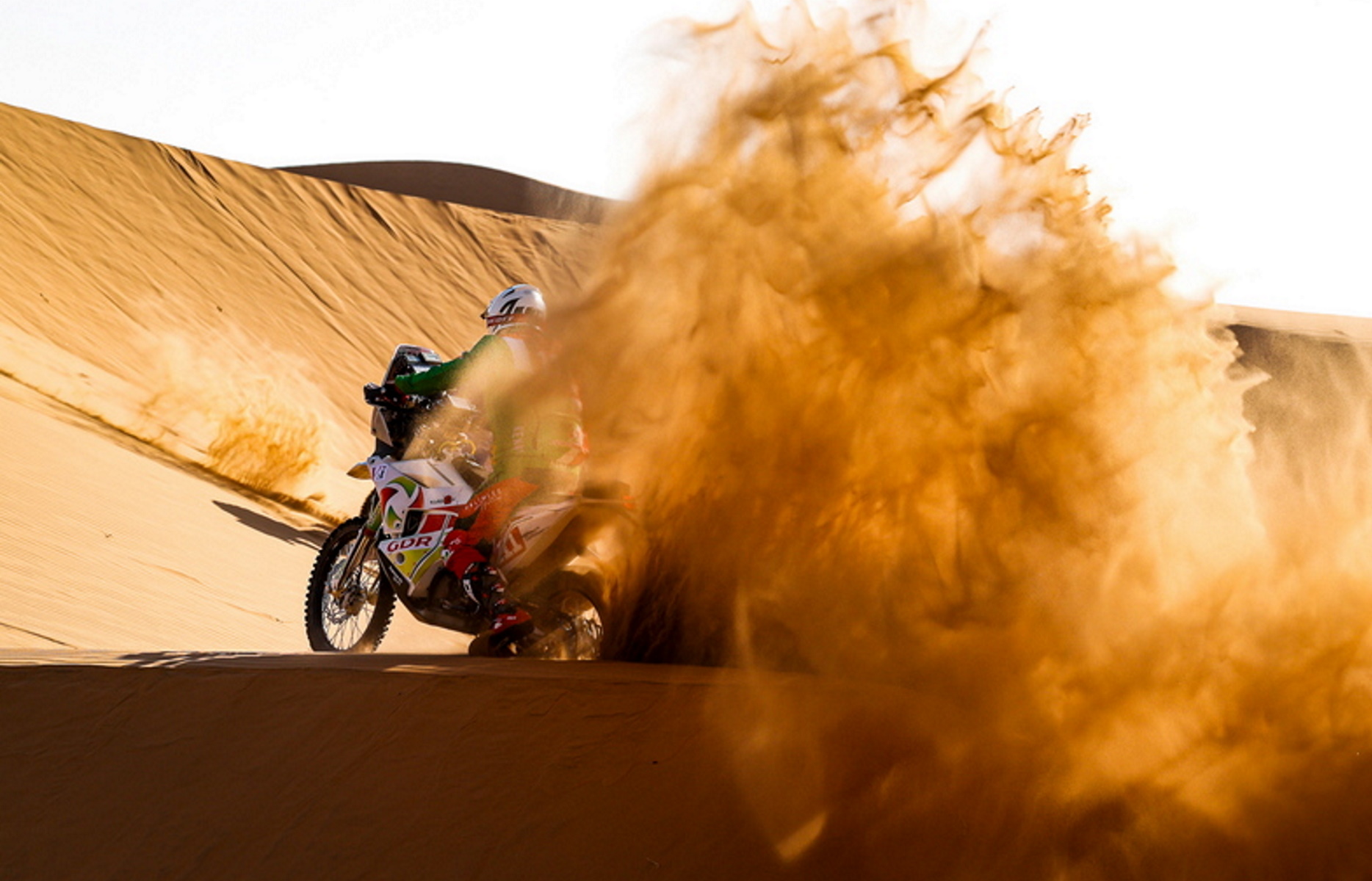 There I had the opportunity to try for the first time the checkpoints system used in Dakar, and to make the mistakes that every beginner makes at no particular cost. “Certainly this experience will be invaluable in my effort in Dakar where due to the longer duration the mistakes create fatigue and many problems”.

His participation in the Dakar Rally will take place from 2 to 14 January 2022 and will be the 44th race of the institution and will take place in Saudi Arabia where riders of motorcycles and crews of cars and trucks will be invited to cross about 4,000 kilometers of special routes and 2,000 kilometers of one-way. The only Greeks who have managed to finish in a Dakar rally to date are Vassilis Orfanos in 2003, 2005 and 2009 as well as Loukas Giannakoulis in 2003.

Vassilis Boudros had declared his participation in the Africa Eco Race at the beginning of the year, a rally that takes place in Africa, on the routes of the Dakar Rally until 2007, but was postponed due to the measures for Covid-19, and so he decided to declare participation for the Dakar of 2022 which was also his dream.