Marialina Tsinidi, a 16-year-old student who has already conducted three space experiments (Karman Line, 100 km altitude) through the aerospace company Blue Origin, has been awarded twice at the European Space Agency (ESA) and now writes a scientific paper, a physics book for children while seeking funding to implement its next space station project through the aerospace company Nanoracks. And all this at the age of 16.

Her love for physics and especially for astronomy and theoretical physics began at the age of 9, as she states in an interview with insider.gr, without any particular reason. Just an attraction for the object, which she realized through a relevant book or a visit to the planetarium that inspired her. “Honestly, there are no words to describe why I’m interested in these areas. “But what I can say is that physics and mathematics are more than just a science, they are a way of thinking for me.”

On this simple occasion she began to deal with the field of astrophysics more and more systematically until the age of 13, where she decided to take advantage of her inclination and take some big steps in this field, thus experiencing one of the most ” demanding but also rewarding experiences “of her life, as she tells us. 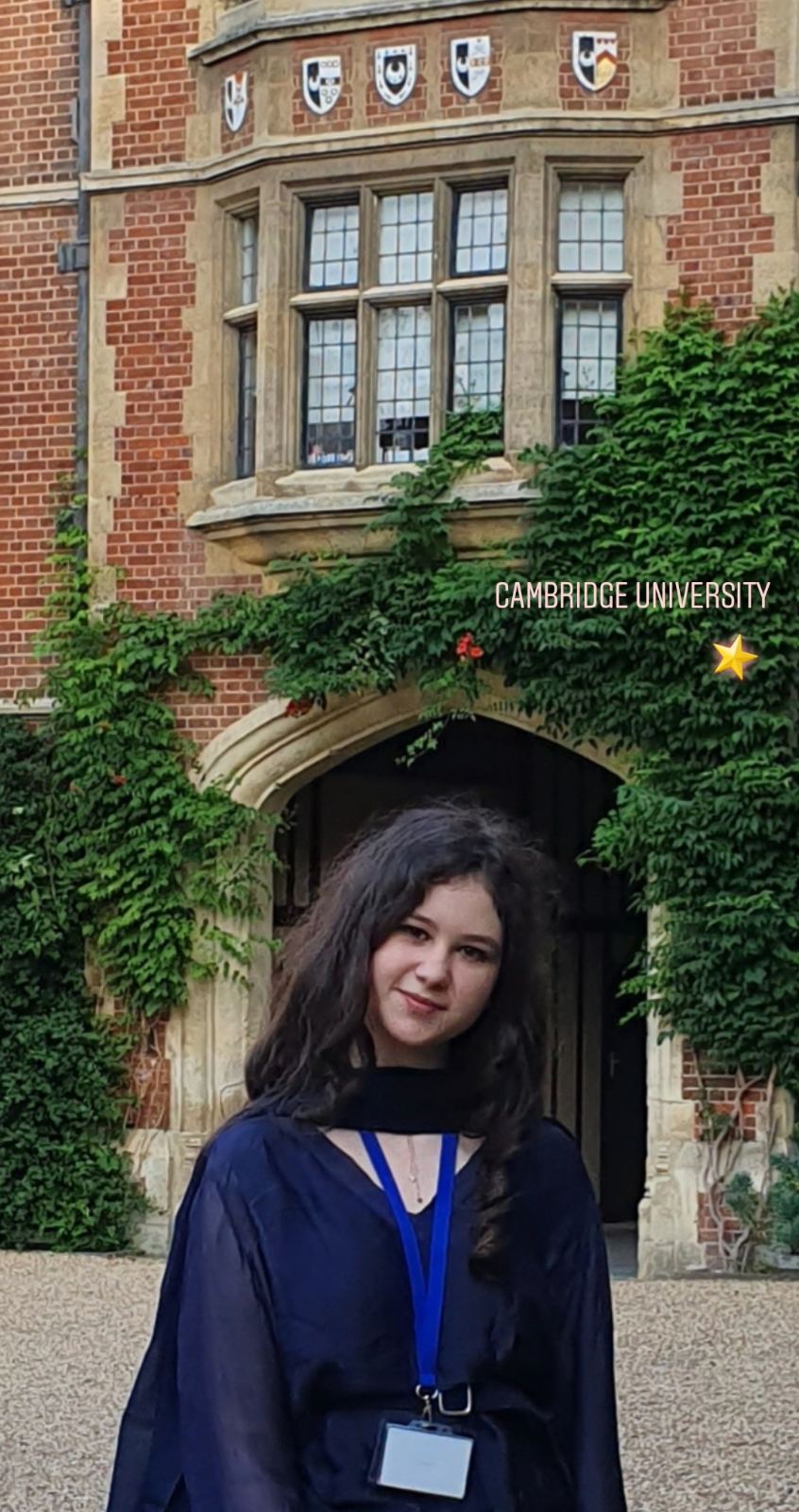 “The first experiment I did was to study olive oil at zero gravity. As a team leader (Kalamata Students Space Program), I was in charge of communicating and informing about the progress of our experiment, with the aerospace company Nanoracks  and Blue Origin”he explains. The professor of aerospace, Dr. had a decisive role in its development. Takis Papadopoulos, project manager.

Her next two experiments were on the study of honey viscosity (spACS1) and the reactions of foams and emulsions (spACS2) under zero gravity conditions and she conducted them with the team of the American Community Schools of Athens and under the guidance of the professor of astrophysics Dr. Carabella again through Nanoracks.

Her involvement with astrophysics did not take long to bring her important awards, making known not only her work but also our country in international competitions. “What made me very proud is when I was awarded by the European Space Agency (ESA) and I was invited to present my work at the Living Planet Symposium 2019 in Milan with a full scholarship (Rafina Space Team).” This award, as he explains to us, brought Greece to 2nd place among 118 schools from around the world, which participated in the competition.

After this experience, in fact, she decided to propose the competition to her school, the Moraitis school, which supported her idea and gave her the supplies to win her second prize. “With a responsible physics teacher, Dr. Karoumbali, in the spring of 2020, for the second year in a row, my team (Floods and wildfires explorers) was awarded by ESA, for the work related to the effects of floods.

Her achievements, as expected, did not leave indifferent her “inspirers”. Her teacher, who played a leading role in her education and career in astrophysics, Ms. Tina Nantsou, has chosen her as her assistant in teaching students in theoretical physics at the National Observatory of Athens (Playing with Protons, CERN).

All this experience has led her to the next step for which she has been seeking funding lately. “The Nanoracks mission manager, judging me competent, suggested that I do my own experiment on the International Space Station (ISS), which is a great honor for me, because these experiments are usually from American universities and NASA,” he tells us. 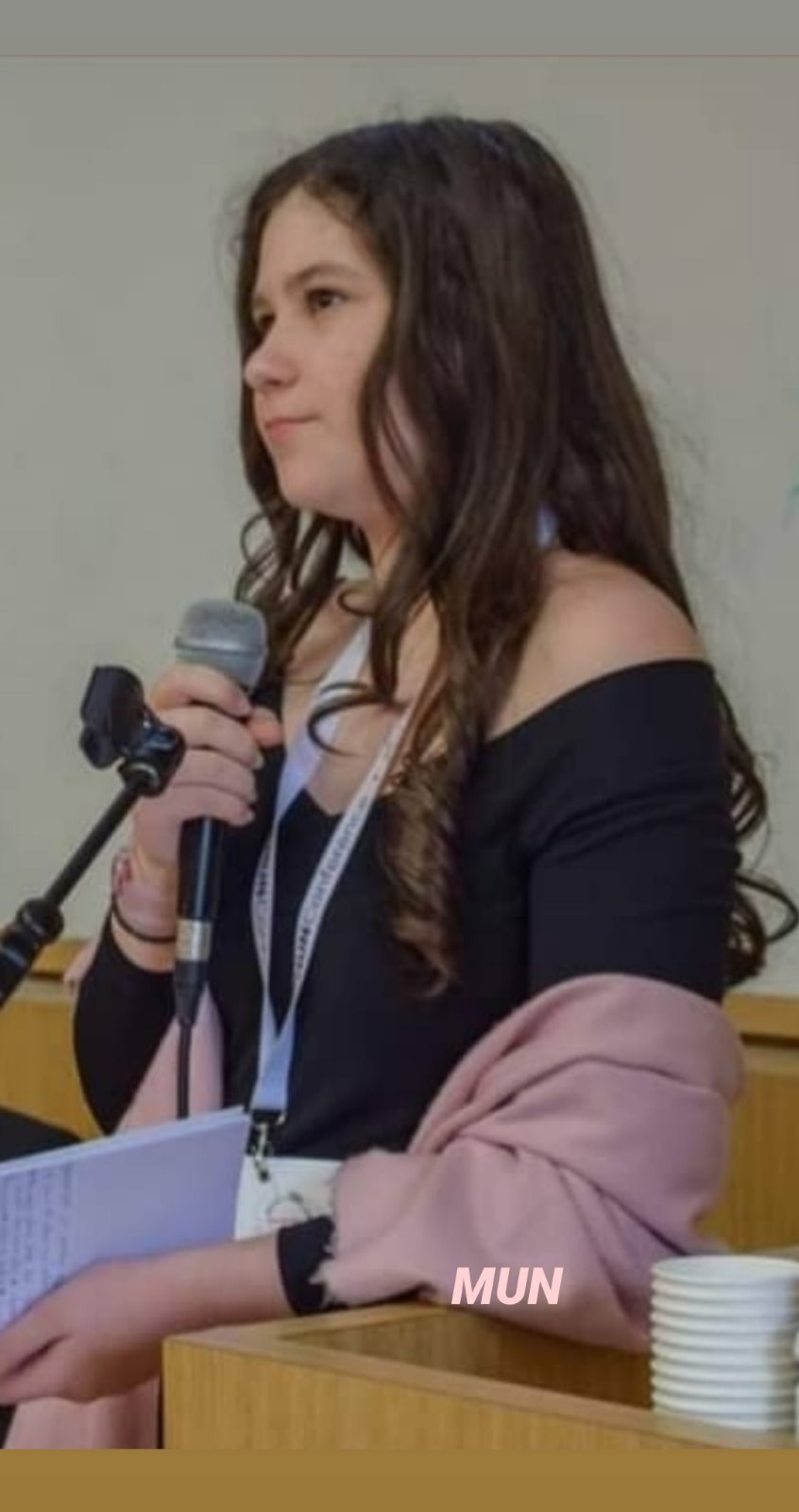 The idea, this time, is to study the viability of bacteria in the Space Station, that is, whether the bacteria under study can survive in these conditions. “This idea impressed Nanoracks and for a year now I have been working on this goal. “I have studied and done the relevant research, I have also designed the mechanism in AutoCAD, so that I have material for the continuation of the research. Finally, I have already done research and laboratory study for my experiment, Space Line M to compare the results of their reaction to these conditions “, he adds, sealing the fact that communication with her is cognitively demanding even from an adult who has a basic relationship with space.

Her academic strengths include the fact that she can easily understand terms for it and “under normal circumstances, she is able to succeed”, proving once again her determination. The latter is underlined by the fact that even the cost of the experiment, which reaches 13,000 euros, does not want to stand in the way of its plans. For this reason he has created a crowdfunding page, looking for sponsors and has already raised a small amount.

Of course, this experiment is not the only project he has “in the works”, at this time. Her short-term plans also include the publication of her research papers in approved foreign journals as well as the writing of a book. “I am writing a physics book for children, because I would like to inspire others to get involved in this field.”

Another thing that this space is dealing with at the moment is a global student online conference. “After the tragic explosion with dozens of dead in Lebanon, I decided to organize a global student online conference, Model United Nations, to discuss COVID-19, where the proceeds from student participation will be donated to the Lebanese Red Cross,” he said. . Its action has already received the approval of the United Nations and the conference will be attended by children from around the world as well as distinguished academics such as Dr. Christos Zerefos, Dr. Dionysis Simopoulos, Dr. Nikolaos Sypsas.

As for her long-term plans, she is immersed in the study of theoretical physics and applied mathematics, as well as data analysis and astrobiology. Therefore, and since this field is quite developed in schools abroad, its goal is to study in one of the well-known universities in the world, in order to further develop in this field. Which is almost certain, considering its course so far.

“I would like to warmly thank all those who have stood by me and supported me. A big ‘thank you’ to WIND Hellas for supporting me in every action. I am focused and focused on my goals. Of course I believe that even making mistakes, I do not lose. “Trying new things, whether I win or learn, and through this process I improve my skills,” he said shortly before the end of our interview, with the innocence of a 16-year-old and the maturity of an academic adult.