The honorary naturalization of the author Victoria Hislop was completed this afternoon. Her swearing in took place in a special ceremony at the Ministry of Interior and Mrs. Hislop was sworn in by the Secretary General of Citizenship of the Ministry, Mr. Athanasios Balerbas. “Today is a very important day, because for many years I have loved Greece. It is no secret that I love people, the landscape, the culture, all that. This is not difficult, to love Greece like that, but people say that Greece is something more than that “, said the author. “The important thing is to love difficulties and problems, not just beauty. And I, for many years, love all of Greece and my heart is here. In the future I will continue to support Greece, as I do now. “Thank you very much for the great honor today,” he added. 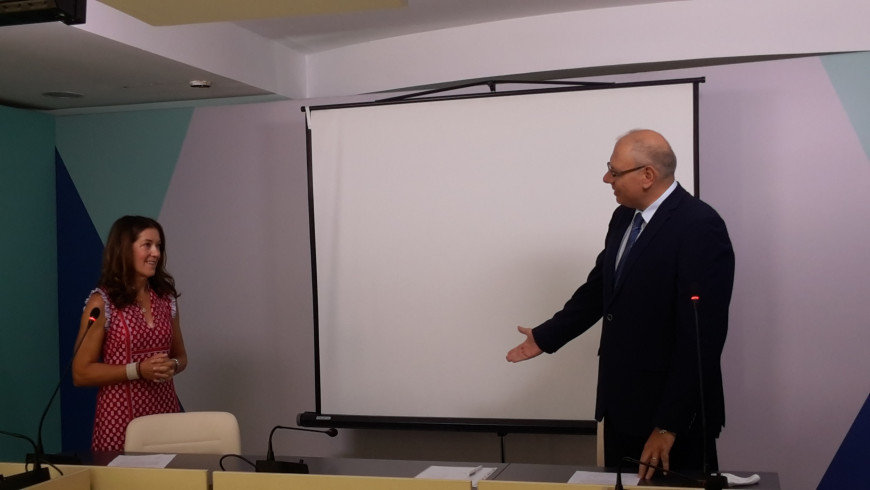 Mr. Balerbas presented to Mrs. Hislop on behalf of the Minister of Interior, Mr. Theodorikakou, a composition of a sculpture from the Benaki Museum, a marble complex of hands, a fragment from the reception stage of an Attic tomb relief (325-300 BC). As Mr. Balerbas said, the Minister of Interior had planned for a long time, this small ceremony as a sign of honor and gratitude “for the contribution of Mrs. Hislop to the Greek people and the Greek traditions’ ‘ but due to health they forced him not to attend. The card of Mr. Theodorikakos that accompanied the gift to Mrs. Hislop read the following: “It is a special joy, honor and gratitude for the fact of granting you Greek citizenship for all Hellenism. I am very happy because I am sure that I am now officially addressing an ambassador of Hellenism, worldwide. Having recently read your book “Those who are loved”, I want to assure you that you are loved by many and by many “. 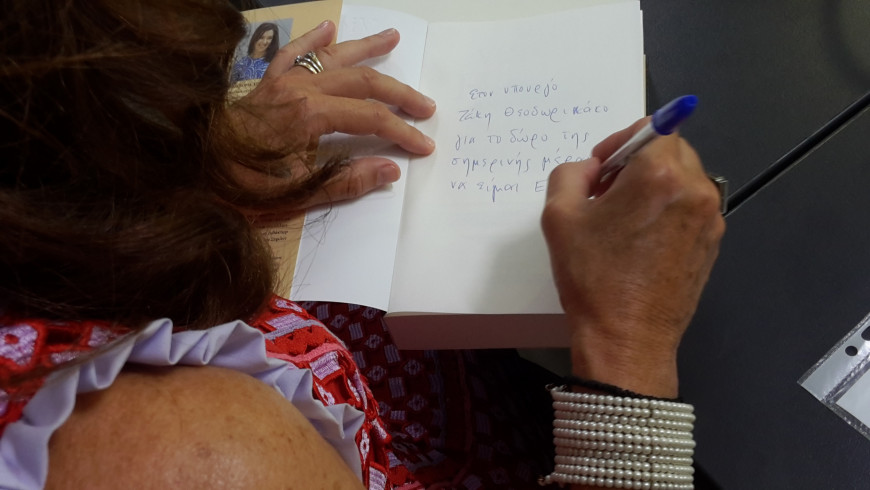 The award-winning British writer and journalist gained worldwide fame with her novel “The Island”, which became a bestseller. On July 17, she was honorably granted Greek citizenship by the President of the Hellenic Republic, Katerina Sakellaropoulou, by Presidential Decree. Hislop was born in Bromley, Kent in 1959 and studied English at St. Paul’s College. Hilda’s of Oxford and then worked, for about 20 years, as a journalist. In April 1988, she married Private Eye owner Ian Hislop, with whom they had two children: Emily-Ellen and William-David.