Christina Flambouri made a history, completing the conquest of the seven highest peaks on the 7 continents of the world. A few days ago, Christina Flambouri went up to Vincon, Antarctica, on the South Pole, completing her long-term goal in 2016 by joining a very small climbers’ club. It is the first Greek woman to conquer all seven of the highest and most difficult peaks in the world while a total of about 400 people in the world have made it so far. The young mountaineer began conquering Europe’s highest peak, the Elbrus (5,642m) in Russia. Followed by the highest peak in Africa, Kilimanjaro (5,895 m) in Tanzania, the highest in North America in Denali (6,194 m) in Alaska, the Karstens Pyramid (4,884 m) in Papua and the highest in Papua , the Aconcagua (6,962 m) in Argentina. 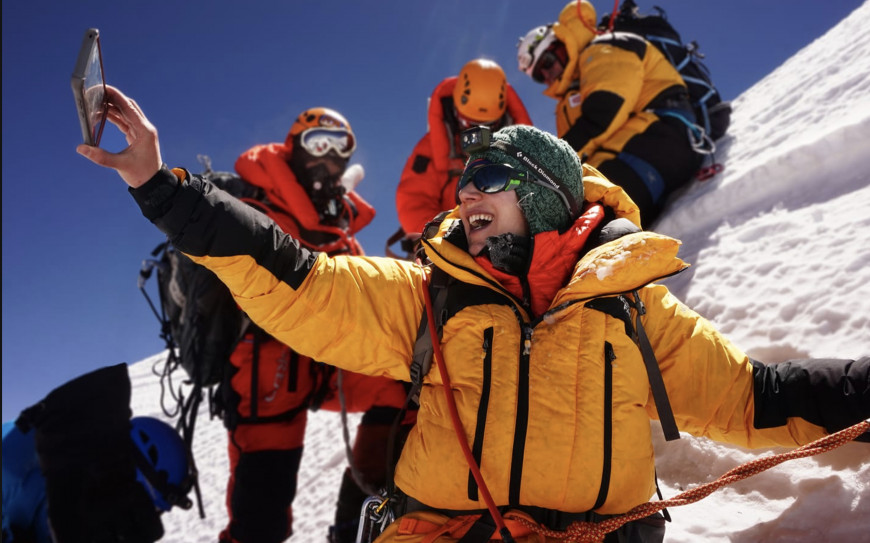 In May, Christina Flambouri and Vanessa Archontidou had become the first Greek women to climb Everest. The last expedition consisted of a 111km long ski-climbing course and was completed on January 6th in the afternoon. With temperatures at -40 degrees Celsius and stormy gusts reaching 100 kilometers per hour, Christina Flambouri managed to hit the top of Vinson. “☆ 7 Summits Completed ☆ A friend said that according to legend when someone does 7/7, the mountain explodes and fireworks and candies come out. That’s how it happened … the sky is filled with colors! “She wrote on her Facebook account.

Christina Flambouri was born and raised in Athens and works in a large multinational company. Her love for nature led her to the sea and to sailing on the high seas. In 2014 she began mountaineering to become accustomed to the height and feel of the vacuum. Since the same year he is an active member of the Greek Mountaineering Association of Acharnes and in 2016 he completed the Winter Mountain School and the climbing school of the Hellenic Mountaineering Association.