Designer Mary Katrantzou will present, on October 3rd Spring / Summer 2020 collection at a unique spot, at the Temple of Poseidon in Sounion. This is the first time in history that the monument – a symbol of the Golden Age of Pericles – hosts a private event. The designer works in the fashion the last 10 years, and her creations have reached all corners of the globe including the White House. Michelle Obama, Melania Trump and artists such as Beyoncé, Lady Gaga and Cate Blanchett are steadily choosing the inspiration and talent of the Greek designer. 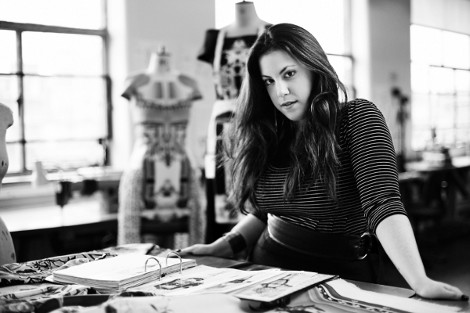 Katrantzou, returning to her roots, said in a recent interview: “I had wanted to do something in Greece for a long time, and following our 10th anniversary last year it seemed like the right moment.” But she wasn’t the only one reaching a major milestone. The  36 years old designer has created a special collaboration with the Association of Friends of Children with Cancer Elpida Marianna B. Vardinogiannis -founder  of the first Oncology Hospital for Children in Greece and the Bone Marrow Transplant Unit who is celebrating 30 years its foundation, which motivated the two women to join forces. 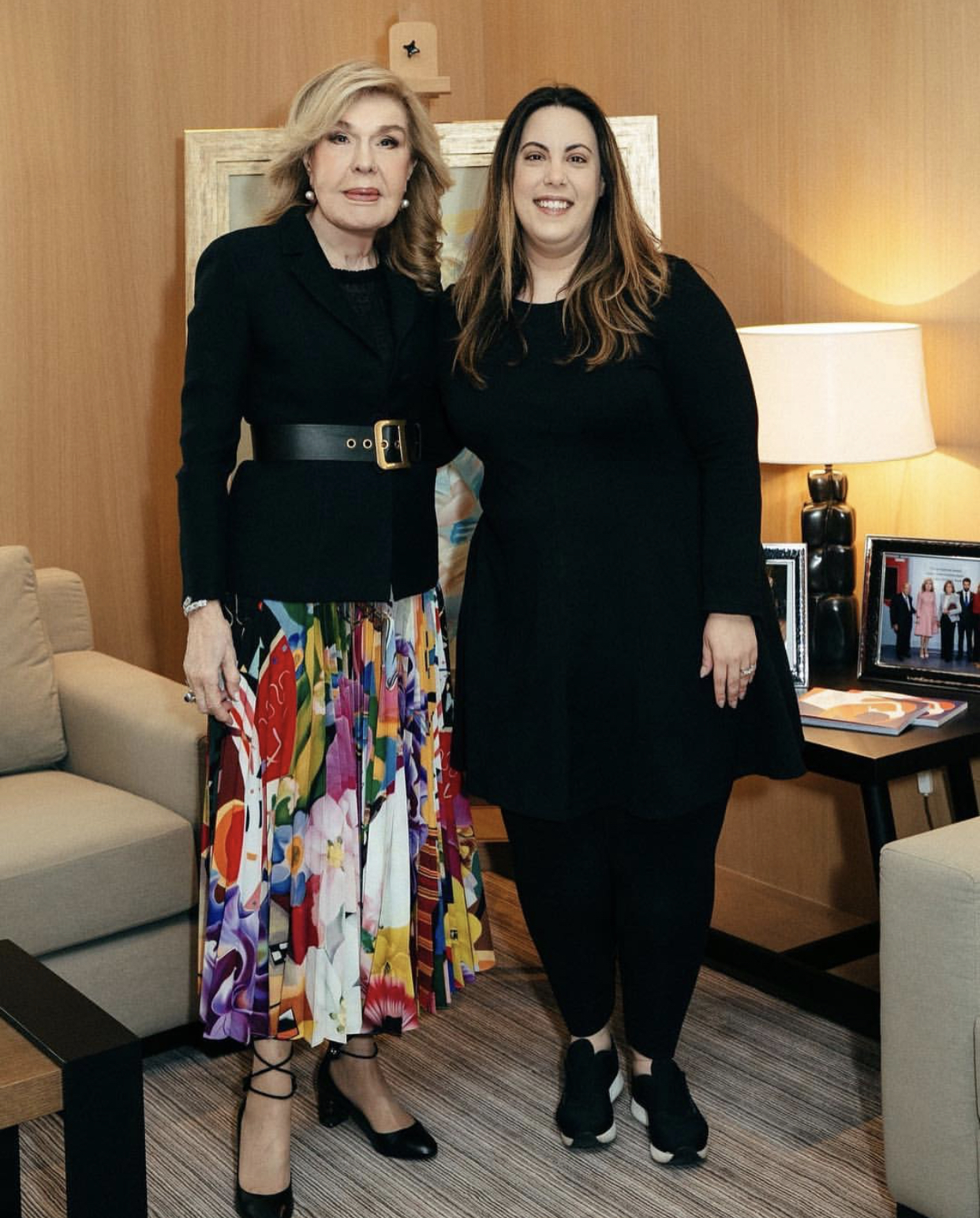 “I think Marianna probably thought I‘d want to do an intimate show. When I told her and the committee I wanted to do something dedicated to Greece and my dream location would be the Temple of Poseidon, they fell silent.” the designer said in an interview. Their silence was justified, considering the strict rules of the Central Archaeological Council (CAC), which rejected a request from Gucci to host a fashion show at the Acropolis in 2017, are famously stringent.

“It’s very difficult because it needs to be approved by both the Ministry of Culture and the CAC. and that whole process took over six months, “Katrantzou continued. “In July, we achieved what, by this time, i thought was impossible and got the yes. It was so unexpected, I cried- it’s the first time in the 10 years i’ve worked on the fashion industry that i ‘ve  had that reaction. “

Mary Katrantzou explained in an interview the reason she makes this presentation in the Temple of Poseidon in combination with her charity work of Mariannas V. Vardinogiannis: “We are coming together to raise funds for a good cause [a proportion of seats to the show will be available via donation to ELPIDA]; and the collection is made up of individual looks with different fabrication techniques, each inspired by the philosophies born out of arts,literature and sciences at the time the temple was built.”

Creation of Iktinos, architect of the Temple of Hephaestus in the Old Market of Athens, dated around 444 BC. (the same date as the Parthenon), the Temple of Poseidon is dedicated and named after the god of the sea. Built on a rock, it dominates over the sea, and according to mythology, at that point King Aegeas, believing that his son Theseus was killed by the Minotaur, ended his life by jumping into the sea, giving his turn its name in the Aegean Sea.

“The first time the designer visited the Temple of Poseidon was at the age of ten: ‘You feel completely free. It’s a place where as a teenager I could go and isolate myself in my thoughts. Even if  it’s full of tourists, you feel a real connection to the elements of nature. It’s the only monument I’ve ever visited that combines heaven, sea and earth, ”she said in an interview. 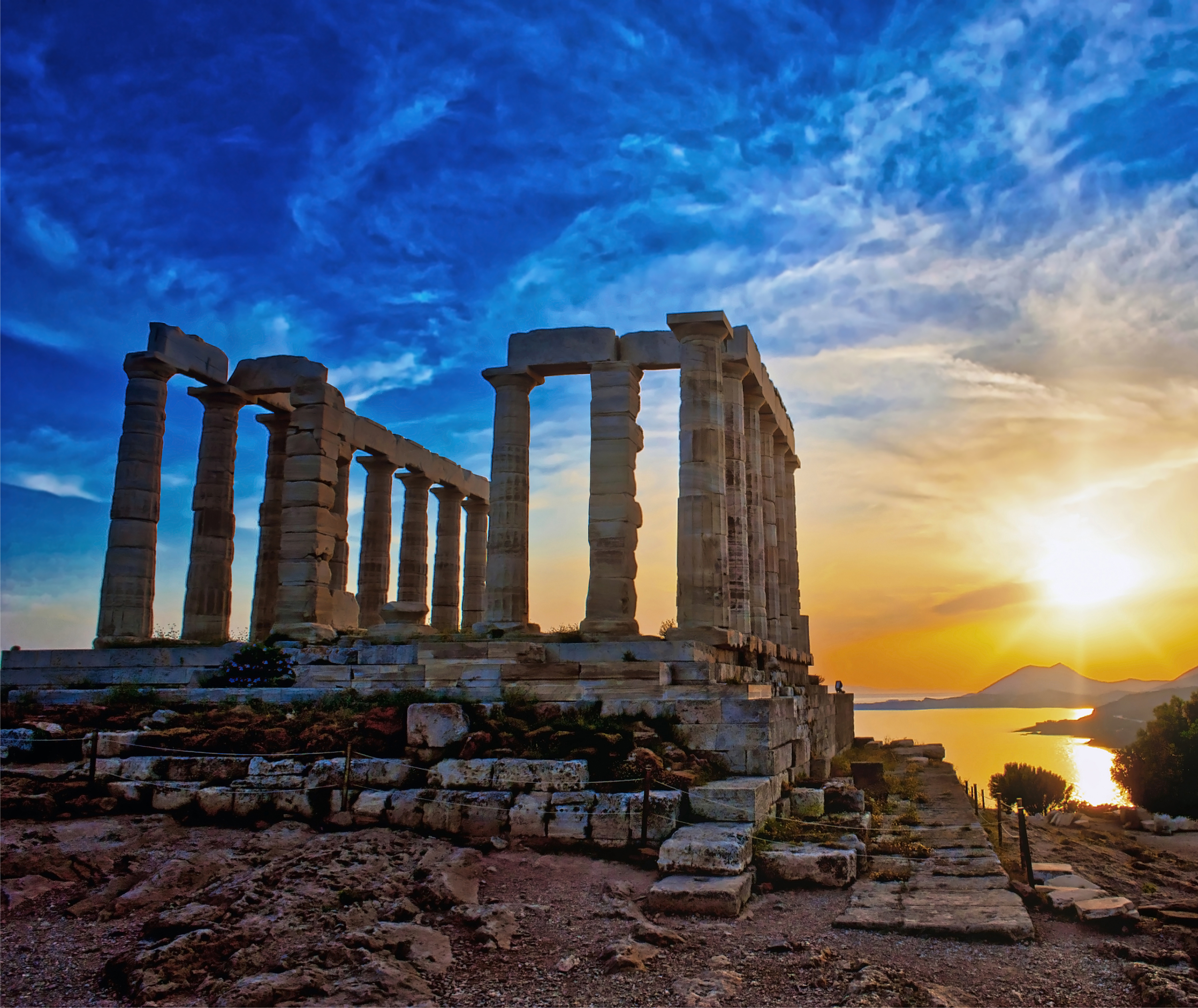 Oscar-winning composer Vangelis Papathanasiou,  will attend at the event and will compose the music of the show. The artist who highly values ​​the Greek designer, will be as this will be his third time working together. For the first time in the fall of 2018, at the Katrantzou show, where she celebrated her ten-year presence in the fashion industry, as well as in dance production Russell Maliphant’s The Thread, which went up in London and at the Ancient Theater of Epidaurus.has taken over the production at the Temple of Neptune Etienne Russo of Villa Eugenie.