The Mathematics Department of the National and Kapodistrian University of Athens team won one gold and two silver medals at the 26th International Mathematics Competition IMC held from August 28 to August 3.

The three-member team consisted of Sotiris Armeniakos (silver), Georgos Kontogeorgiou (silver) and Kyprianos-Iason Prodromidis, who although a freshman, managed to win a gold medal, competing with older students.

The IMC is the largest global student mathematics competition organized by the University College London. Students compete for two days, on 5 problems a day. It has been taking place since 1994 with the participation of top US and European Universities.

Students of the Department of Mathematics of the University of Athens have been participating from the academic year 2007-08 until today, with significant successes each year. This year, the competition was attended by 360 students in 77 groups. The National and Kapodistrian University of Athens occupied the 24th position. 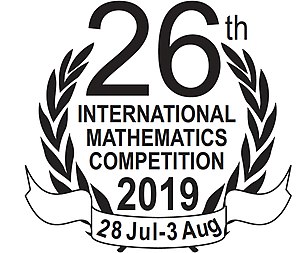 All in all, this is a major success, which is being added to a series of Mathematics and University of Athens student successes in similar competitions.

According to the National and Kapodistrian University of Athens’ Rector, Thanos Dimopoulos, these distinctions are evidence of the very high level of NTUA Mathematics Students and the systematic and meaningful work done by the Department’s teaching staff.