The oldest human fossil of Homo Sapiens was discovered in the area of ​​Mani in the Peloponnese. The age of the skull its over 210,000 years, is an important finding, since it may reshape the story of how human specie has spread to Europe and can reshape theories about our story, the New York Times write.

Behind this great discovery is hidden the Greek Katerina Harvati, a distinguished paleoanthropologist, of the Schenkenberg Center for Human Evolution and the Old Environment, at the German University of Eberhart Karls, of Timbeng, where she is head of the team of scientists.

In an interview with her, Mrs. Harvati said: “The results of our research show the importance of the Greek space for human evolution. We have the oldest modern human outside Africa, who has brought Homo sapiens to Europe more than 150 thousand years earlier than we have been thinking so far. This work is the result of my 25 years of research in Africa, Europe and especially in Greece. As a Greek woman, I hope that research in Greece will continue, as I believe our country still has a lot to give to the field of paleoanthropology. “ 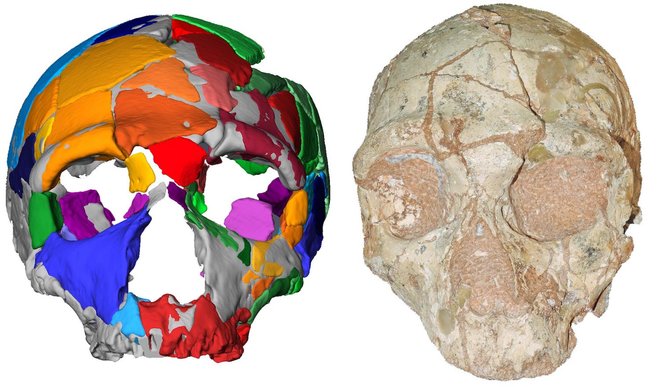 One skull was found in a cave in the Apidima, area of ​​Mani (from where it got its name), which is located at the base of a lavatory front and extends between the bridges of Diros and Limenion, in Laconia. Occasionally significant archaeological and anthropological finds have been discovered in the area.

A second skull, found in the same cave of the Peloponnese and estimated to be at least 170,000 years old, features Neanderthal features. The two skulls were discovered in the cave of Mani at the end of the 1970s during research at the Anthropological Museum of the Medical School of the University of Athens. But so far they have not been thoroughly studied and remained relatively unknown, despite their great importance, as is now perceived with a long delay.

“Apidima 2 is about 170,000 years old. We would say it was a Neanderthal, “said Katerina Harvati in an interview. “To our surprise, Apidima 1 is even older, about 210,000 years old, but has no Neanderthal feature.” Instead, the study highlighted a mix of modern human and archaic features, referring to an early Homo sapiens.

“Our findings suggest that at least two groups of people lived in southern Greece during the Middle Pleistocene era: an early Homo sapiens population, and later a Neanderthal group,” explained Mrs. Harvati. This supports the assumption that early modern humans often made excursions beyond Africa, where they first appeared. 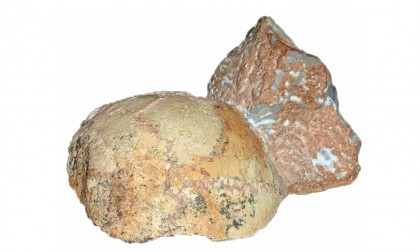 The Discovery of Skull’s Age “Apidima 1” and the recognition that it belongs to Homo sapiens, reinforces the view that the ancestors of today’s people have spread from Africa to Europe and Asia earlier than is commonly believed. Southeastern Europe in general and especially the region of present-day Greece has been an important corridor for the spread of these first “immigrants” from Africa.

Scientists have highlighted the scarce knowledge of human fossils in south-eastern Europe and the importance of Greece for understanding human evolution and the first migratory movements. Thus, they are planning further studies of the discovered material in Apidima Cave, which was already considered important in the evolution of the human species and gained added value in the light of new discoveries.