The Public Book Awards, the contest that has now been established in the consciousness of the Greek readers, enables the readers themselves to reward their favorite books and their favorite writers.

In this year’s Sixth Public Book Awards, readers with 181,522 votes chose the first lists, among the 2018 editions, to highlight the final tens, the “short lists” of the candidates for the big prizes.

The final stage of the vote, which will highlight the big winners, has already begun as www.publicbookawards.gr welcomes everyone to vote for the big winners.

The 9 categories for which the audience may vote until 10 June 2019 are: 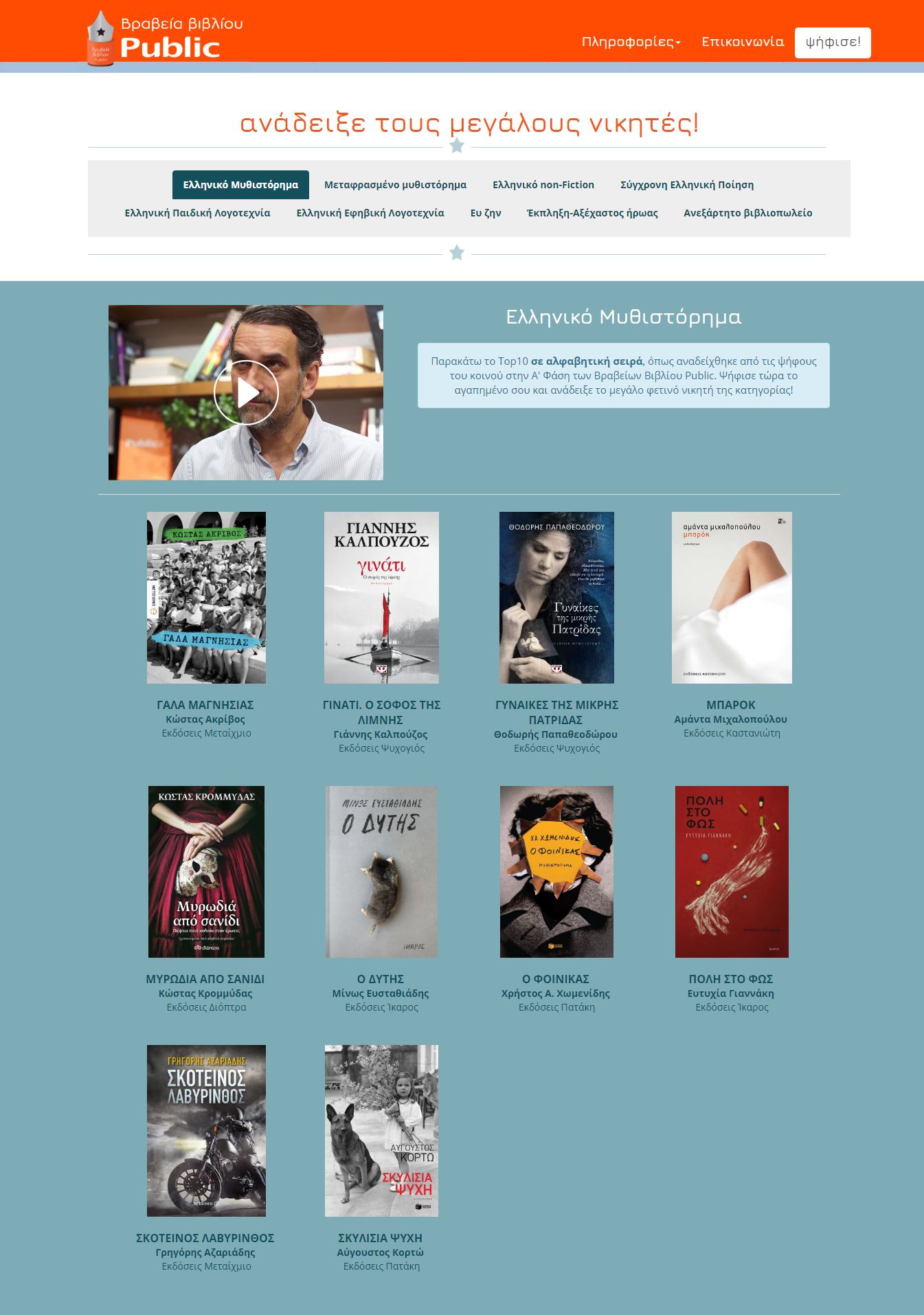 At the same time, there is a process for the winners in the three special awards for which jury commissions will vote, with qualified professionals as members:

The award ceremony will take place on June 13, 2019 at 19:00, at the Athens Concert Hall, with many surprises, including the presence of the writer Anthony Horowitz, who will award the Honorable Country Award: United Kingdom.