Our country is proud and rejoiced due to another Greek athletic participation that climbed to the first place and won the gold medal, in 2019, and this time it is because of the European Weightlifting Champion, Eleni Konstantinidis.

The daughter of the veteran athlete Christos Konstantinidis, who is currently a coach, has not only won the first pedestal of the podium and the impressions of the sports community but has also returned to Greece with two gold medals and a bronze medal in the 81kg class.

At the European Championship, held in Batumi, Georgia, the 24-year-old lifted 97kg in the snatch category, a performance that brought her the bronze medal, and despite the fact that in the clean and jerk category, she had a tough competition, with three successful attempts at 119 gk, 124 kg and 126 kg respectively, won two gold medals but also the total with 223 kg. 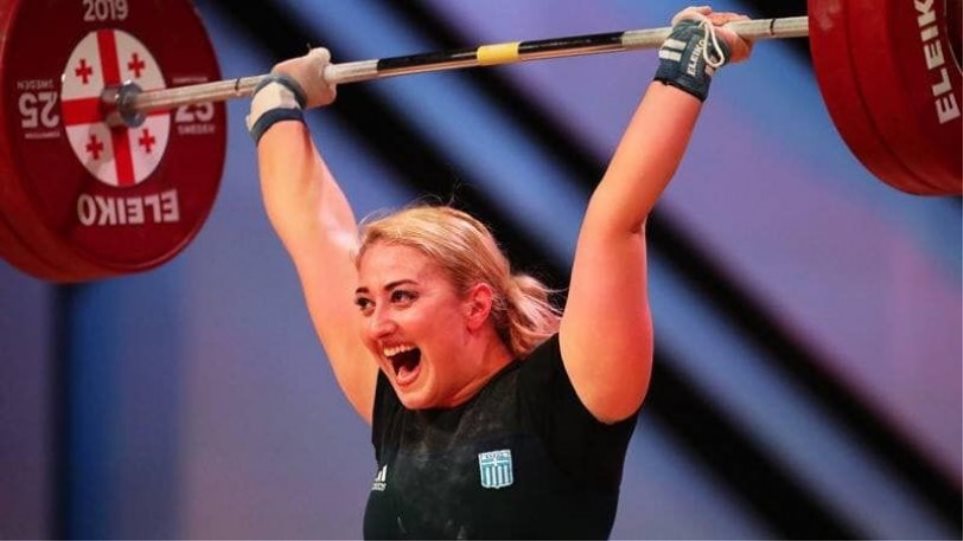 Germany won second place with 222 kilos and Belgium won 3rd with 221. Our champion, who won the 4th place in Romania’s top European event, brought to Greece a gold medal from a European championship after 16 years.

Eleni Konstantinidi, with a wide smile that showed her joy, spoke more explicitly after her huge success in the Championship Federation, saying she hopes that this success will give impetus to all athletes.

“I’m really happy! The performance in the category was in my potential and therefore I had serious chances of winning a medal,” she said and added, “I believed in myself, but the feeling when you win the medal and listening to the National anthem afterward can’t be described.” 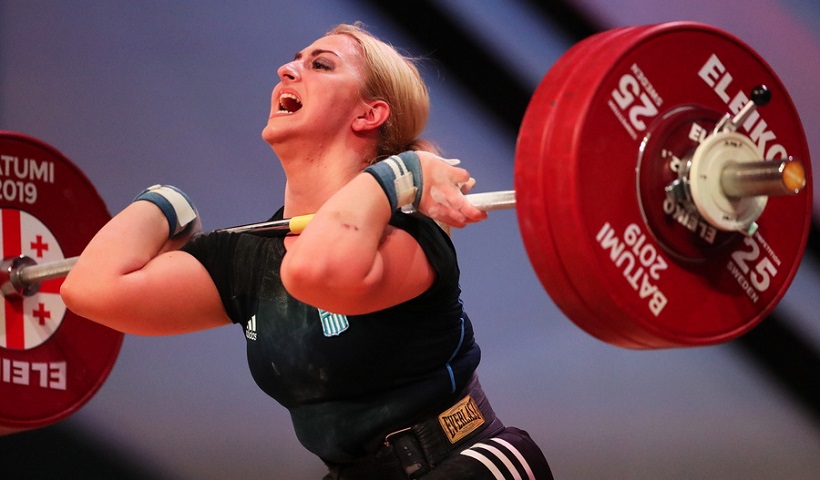 When asked whether she feels special because she brought the gold medal to Greece after so many years, she replied that it was definitely a major success for her conquest and she is proud of what she has achieved, but she does not feel superior to the other members of the national team, commenting that although the sport is an individual one, one helps the other and all athletes have greatly improved their performance.

The weightlifter lives the dream of every athlete, as she says, to find oneself on the top step of the podium and listen to the national anthem. She describes it as very touching and she did not hide that whenever she recalls those moments, she shudders. “I’m only 24 years old and I have to stay landed. To concentrate on my workouts and to set new goals. ”

When asked if this victory gives her more objective for pursuing a qualification in the Olympics, she replies that failure or success are not the decisive reasons for continuing to achieve one’s goal. That is achieved by an internal motivation that everyone feels within and pushes them to get closer to their goal. “I would have the same objective if I hadn’t won the three medals, the only change is the mood and the enthusiasm!” 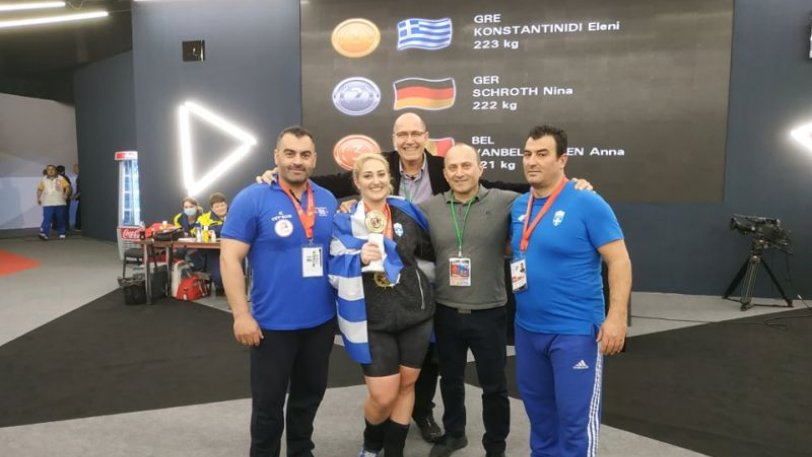 She devoted the gold medal to our country and to all the Greeks, to the people who stayed close to her over the years and supported her, referring in particular to her family, coaches and the Greek Weightlifting Federation, which, despite the low annual budget, is striving for the best possible sport.