A Greek olive oil ranked first among 30 countries in the Best Condimento-Flavored Olive Oil for 2018 category of the annual World Ranking Evoo (EVOOWR) competition. The EVOOWR is  based on a system first introduced by the World Association of Journalists of Wine and Spirits, in which each olive oil amasses points based on international competition awards.

Winning first in the specific category was “Majestic Flavored With Lemongrass & Tarragon” is produced by Sakellaropoulos Organic Farming, whose olive groves are near Mt. Parnon and Mt. Taygetos in Laconia, Peloponnese. “This is a very important distinction, first for Greece itself, then for the Greek olive oil and then for us,” co-owner and chemical engineer Nikos Sakellaropoulos told the Athens-Macedonian News Agency (ANA). “Last year we were ranked second with our ‘Syllektikon’ olive oil,” he noted. 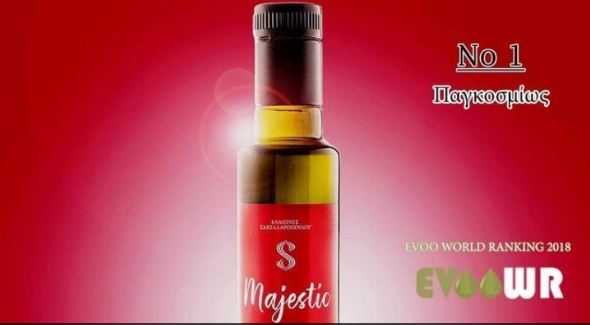