“The Ox” by George Nikopoulos was also nominated in the Emile Awards for the “Music” category. 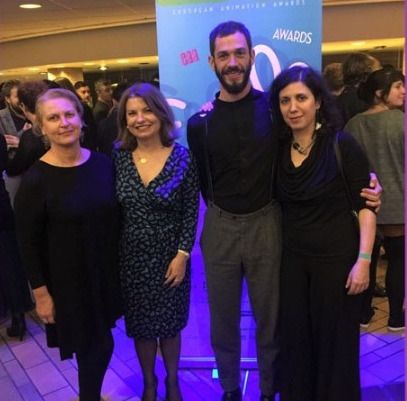 The European Animation Award Ceremony, known as the Emile Awards, took place in the Le Nouveau Siecle cultural area near the historic center of Lille in France.

This is an important institution for European cartoon designers, as it marks the emergence of excellence in a number of professional categories such as director, scriptwriting, cartoon music etc.

The Emile Awards supported the Ministry of Digital Policy, Telecommunications and Information, organizing a formal press conference to announce this year’s nominees in Athens in November.

Deputy Minister Vipet, Lefteris Kretsos, said: “I would like to congratulate both artists because it is a true celebration having two Greek films in the European pantheon of animation creators. Greece has shown that it has very talented, visionary creators, who they are stubborn to be distinguished and manage to do so, and we will continue to stand beside them, helpers in their endeavor. ”

On behalf of Mr. Kretsu, the award to Anna Mantzari was given by Dina Panetti, director of the Foreign Press Office in Paris. With two Greek nominations, this year’s awards have a strong Greek hue, with the presenter Christophe Herbes creating in his own way a communication bridge between Athens and Lille.