The internationally renowned “cartographer” of the brain, Greek Professor George Paxinos, a researcher at the Neuroscience Research Australia-NeuRA, has discovered a new, previously unknown area of the human brain.

The region, which G. Paxinos called “Endorestiform Nucleus”, is located close to the point where the brain connects to the spinal cord. In particular, it is located in the lower cerebellum end, an area that integrates and combines sensory and kinetic information to correct the posture, balance and small swaying movements.

The Greek scientist had suspected the existence of this brain area 30 years ago, and, now for the first time, he was able to prove its existence thanks to better technological detection and imaging methods. 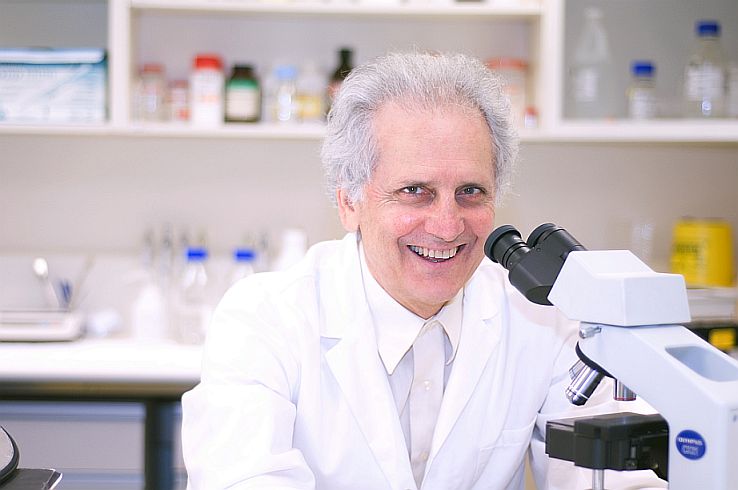 “There is nothing more enjoyable for a neuroscientist than finding a previously unknown area of the human brain. In this particular case, there is the special feature that this area is absent in monkeys and other animals. There must be some things that are unique to the human brain beyond its larger size and this area is probably one of them,” said G. Paxinos at the Athenian and Macedonian News Agency.

“Now, we need to determine the function of this newly discovered brain region. Now that it has been mapped, it will be possible for it to be studied by the wider research community,” he added.

According to Mr. Paxinos, “the lower cerebellar limb, also called the rope-like body, is like a river that transfers information from the spinal cord and the brain to the cerebellum. The region of the brain that is now discovered is a group of neurons within this strand, hence the name of the “intracorporeal nucleus”. 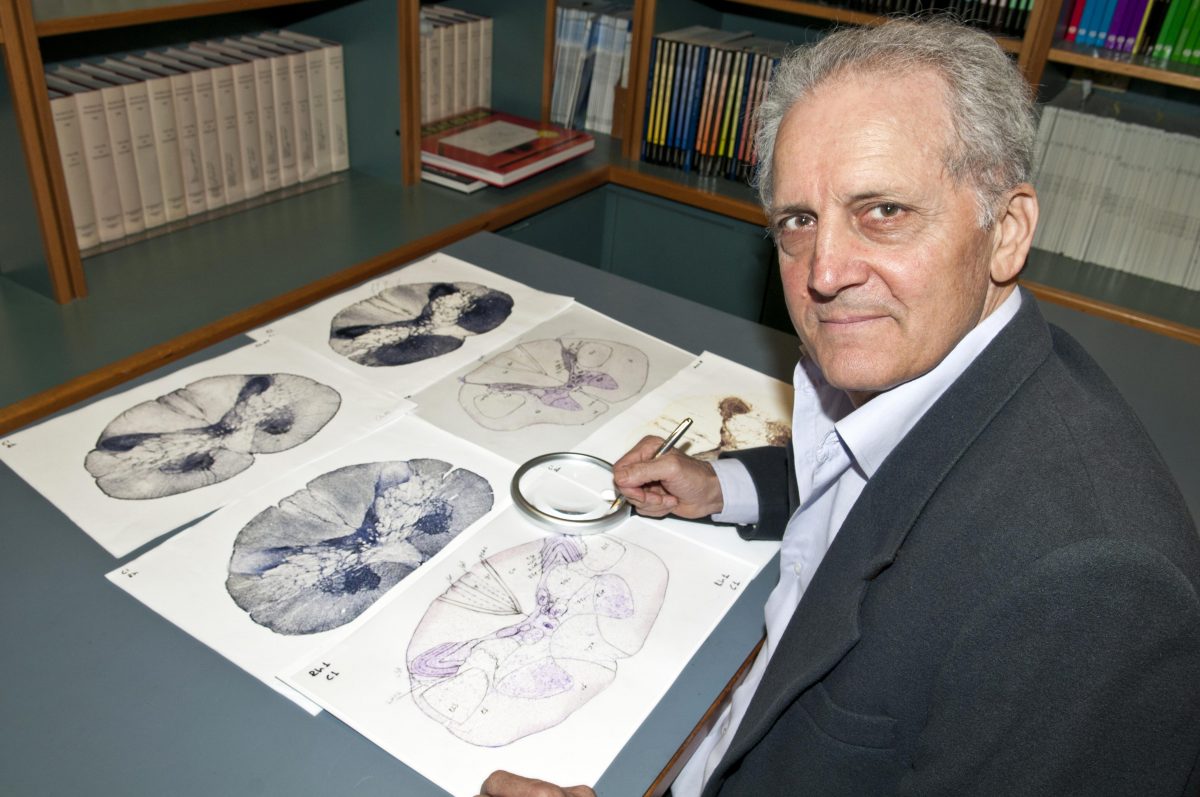 These neurons are like an island in the river, so this nucleus is in a privileged position to receive influx from the spinal cord. The lower cerebellum strand is a large bundle of axons and the inner rope-like nucleus is a group of neurons embedded within this bundle. The region of this brain has “been looking at me” for years while I’m studying the brain, in fact, it’s like it discovered me and not vice versa! “

Regarding its operation, Mr. Paxinos told ANA-MPA that “I could make only hypotheses based on its position. It probably helps to control the skillful movements, such as playing a musical instrument. I can not imagine a chimpanzee playing demanding songs on the bouzouki in the same skillful way of a man – no matter how much the chimpanzee loved the music!” 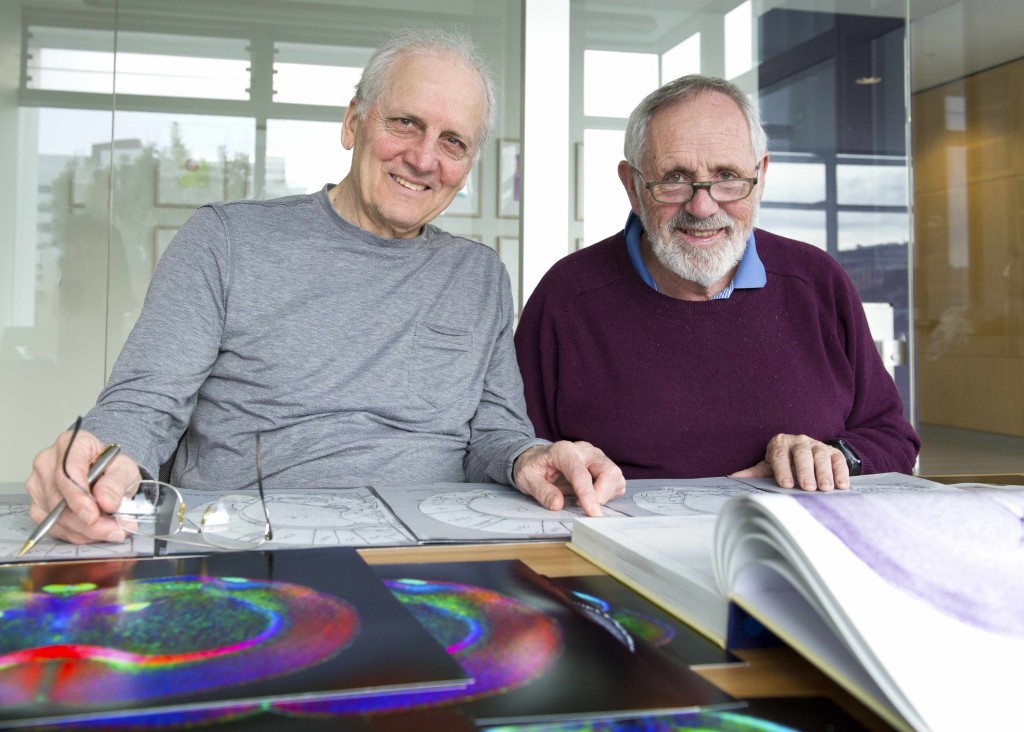 Paxinos has been a pioneer in neuro-orientation and brain mapping, having – with his scientific publications and books containing detailed brain maps – open new possibilities for neurosurgeons and neuroscientists in general. Most researchers who are currently studying neurological and psychiatric conditions, whether in humans or animals, use his “atlases” of the brain to describe the various brain structures.

“Professor Paxinos’ atlases, which show the detailed morphology and interconnections of the human brain and spinal cord, provide the valuable framework for researchers to test their hypotheses, from neuronal synapses to brain disease therapies,” said NeuRA chief, Professor Peter Schofield.

The new discovery of G. Papinos will be presented for the first time in the international scientific community in his new book “Human Brainstem: Cytoarchitecture, Chemoarchitecture, Myeloarchitecture”, which will be released by the end of February 2019 by the leading scientific publications Elsevier. 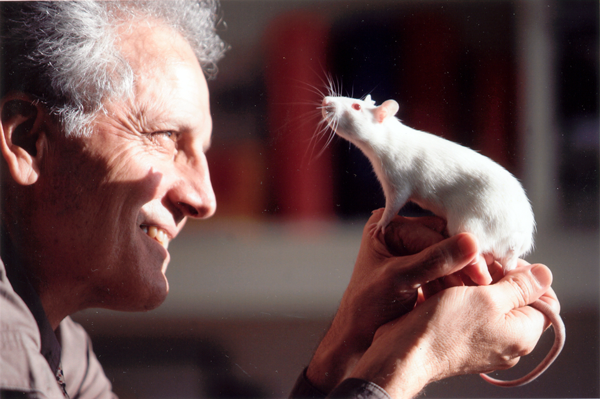 George Paxinos is a corresponding member of the Academy of Athens in 2012 and the Australian Academy of Science since 2009. He was born in Ithaca, in 1944, and after high school, he went to the US to study. He studied Psychology at Berkeley University in California and then took his Ph.D. from McGill University, Canada.

George Paxinos has created more “atlases” of the brain and has discovered most nuclei of the brain than any other scientist in the world. He has published 52 books and his first titled “The Rat Brain in Stereotaxic Coordinates” is one of the world’s leading scientific reference books.

In an earlier interview with RES-MPA, he had stressed that people must abandon the illusion that there is a soul since everything – and emotions – come from and are controlled by the brain. He had been denied that there was free will in man, and he had declared he is an atheist. 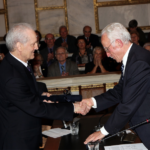