The researchers created a new kind of “turbo” immune cell with a genetic modification, CAR19-iNKT, which could be massively produced in the future and used in cancer patients.

Scientists, led by hematology professor Anastasios Karadimitris, of the Imperial College of Medicine in London, who published the journal Cancer Cell, said that although they are still at an early stage, their research marks the development of a new generation of CAR-T type immunotherapies.

These individualized treatment therapies focus on reprogramming immune cells to be more effective in destroying cancer cells. Existing personalized CART-T treatments are, however, very expensive, costing about £ 300,000 per patient. 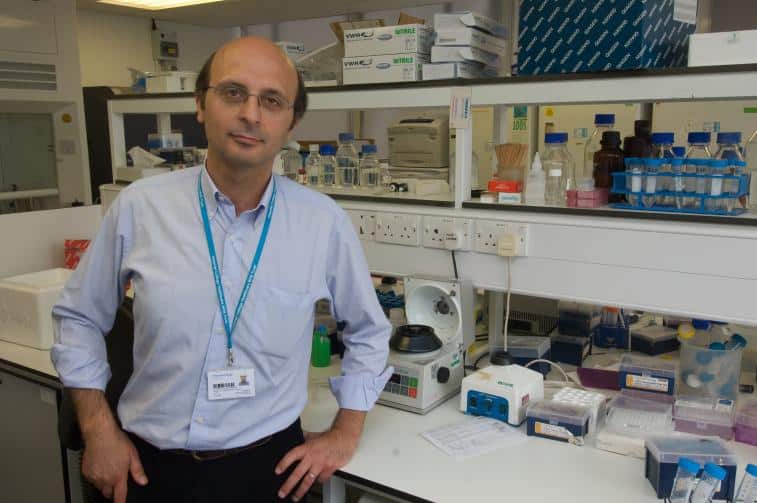 The new CAR19-iNKT treatment can only cost one-tenth and does not need to be personalized. Its test in animals killed 60% of all cancer cells of the mice they were in, while 90% of the animals survived for a long time. Already researchers are planning their first test on humans.

A. Karadimitris said that “these first findings show that this type of immune system cell, that we created with great effort in the lab so that it has super-efficacy, promises to have a new cure for cancer patients.”

Typical CAR (Chimeric Antigen Receptor) immune therapies remove an immune cell from the blood of the cancer patient, modify it genetically in the laboratory to enhance its destructive efficacy and, after multiplying it in vitro, reintroduce this “army” into the patient’s body to ” purify “the cancer cells.

The method has already been used for new personalized therapies for leukemia and lymphoma (cancer of the lymphatic system), with very encouraging results, as up to one-third of patients who had not responded to other therapies had a complete remission of the disease over time.

“Cancer researchers and doctors are very excited about this new treatment, which can offer patients a good chance of working,” said Dr. Karadimitris.

Until now, scientists use T-lymphocytes in the new immunotherapy (that’s why it is called CAR-T), but this time the researchers, headed by the Greek hematologist, used a slightly different kind of “natural killer” cell, iNKT, this treatment is called CAR19-iNKT.

Although iNKT cells are much less common in the body than T-lymphocytes, researchers found they are more effective cancer cell killers. Genetically engineered and laboratory-enhanced iNKT cells can reach the brain and also attack large volumes, which gives hope that it will be possible to use against brain tumors as well as prostate and ovarian cancers in the future.

A. Karadimitris is a graduate of the Medical School of the Aristotle University of Thessaloniki, who completed postgraduate clinical education in Britain, initially in general medicine and then in hematology, at Hammersmith Hospital in London. His specialty is Hodgkin’s lymphoma and non-Hodgkin’s lymphoma.

Two other Greek researchers from the Imperial College participated in the research, the hematologist Katerina Gouvedenou and neuro-radiologist Karolina Kaharmanoglou.